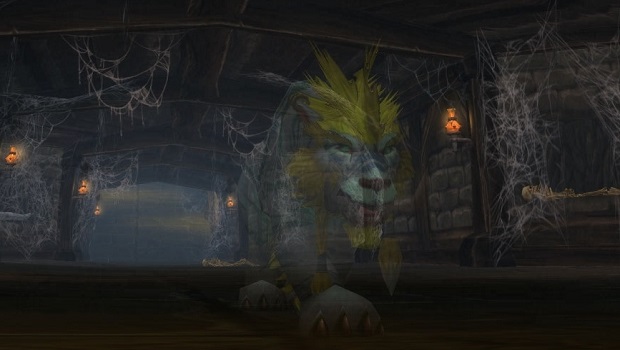 You ask, OQ answers! This week we have two questions about paying for guild services like voice chat and websites. Also, is it OK for officers to have secret alts?

I’ve recently taken the reins of a guild that has recently collapsed. I would like to get it going again but I’ve hit a wall. Voice chat. I don’t know anything about it from the hosting point of view. What are my voice chat options? Will I need to pay a service to host for me? Will it cost me anything? What do I need to know before I shell out (if costs are involved) for a voice chat service for the guild?

Start with Mumble. It’s free. Building a guild back up after a collapse is incredibly hard work and in the end you may not succeed. Don’t spend real money on a Ventrilo or TeamSpeak server yet. If things go well and your guild finds that it needs more than what Mumble offers, then you should look at other options.

Speaking personally, my guild paid for Ventrilo for years. We sometimes ran into problems that affected our raids, like lag spikes and disconnects. It didn’t happen every night, but the problems were frequent enough that we ditched it and opted for TeamSpeak in Warlords. TeamSpeak hasn’t let us down yet after 6 months. This is purely anecdotal, of course, and your results may vary.

(Man, it’s hard to believe it’s been 6 months to the day since Warlords launched… I feel like I’ve spent years of my life in the depressingly icy Horde garrison.)

GarrisonHero asked
Scott, what’s your thoughts on guild websites/forums and voice servers? I ask because I’ve been in guilds where such things were bought, paid for and never used. Mainly the websites/forums, but occasionally vent (etc) would go empty until it was mandatory to participate in whatever group activity was scheduled.

I mean they’re not exactly “expensive” (many about the price of an extra wow sub a month) yet if they’re unused, it’s still a waste.

Voice chat of some kind is all but mandatory if you’re serious about group content. Sure, you can get away with macros and some guilds do shun voice chat, but it’s so suboptimal that it’s like you’re playing the game on an entirely new difficulty level. As I said above, though, Mumble is a good free option if you don’t want to spend real money on it.

Websites, on the other hand, are a bit of a catch-22 for guild leaders. A good website shows potential recruits that your guild should be taken seriously as an option, that the leaders are invested in the guild’s success, and that the recruits will be joining a well-established and well-supported organization.

Unfortunately, it’s often true that recruiting is the only real benefit. Trying to communicate important information to guild members via a site’s forums is often futile.

Social media is usually a better way to communicate because people use it far more frequently. They don’t have to navigate specifically to your site every day on the off-chance that something new has been posted. Once they do that a few times and no new posts have been created, a lot of members stop bothering. I could write an entire OQ about ways to encourage members to visit your site. All the most effective strategies in the world, however, aren’t going to make much of a dent in traffic if people have already decided that the website is purely decorative.

In the end, it depends on what you want. If you want to impress recruits with guild-first-kill pics and a fancy logo, a website is the best place to do that. If you just want a place for officers to post important messages or for members to get to know each other outside the game, a website is probably not the best use of your time or resources. Use social media instead.

Like Mumble with voice chat, you now have free options: Shivtr is the newest. There’s also GamerLaunch, GuildPortal, and others. Just keep in mind that there will be ads and the site’s functionality will be limited compared to paid hosting services. I don’t have any personal experience with these services, so this is not an endorsement — just an FYI. If anyone has used them, please let us know what you think!

Nyres asked
Here’s the question why is a secret alt bad? Why should he feel chained to his guild 24/7 Leaders can lead and not have to be on constantly especially in the guild type he described. Also if he tells them that can bring up even more drama bull at the moment. Also lastly its his 15dollars a month why should he have to inform a group of people,who honestly sound like a tenuous group of people, about raiding with another guild just in the off chance he might have to make a choice later.

This question was a response to another question from Braellyn, a guild leader who was considering raiding on a secret alt because her own guild members weren’t interested in it. (I’m assuming Braellyn is a “she” for easier pronoun use — apologies if I’m wrong!)

In general, I don’t think having a secret alt is a problem. I think it’s incredibly difficult to pull off these days with BattleTags, etc., but it’s not “bad.” Leaders shouldn’t feel “chained.” Becoming an officer in a guild changes the game for you. WoW is no longer 100% leisure time. Now you have people who depend on you, and that brings with it certain obligations and responsibilities. Sometimes you just want to log in and blow off some steam without worrying about guild stuff. So long as that doesn’t become the focus of your WoW time to the point where you are actively neglecting your own guild, there’s nothing wrong with that.

However, I do think it’s bad to join other guilds and do organized group content with them on secret alts. If word ever gets out about it, it will seem like you’re no longer fully invested in your own guild — and let’s be honest here, if you’re doing this, you’re probably not. Something is driving you away, whether it’s those obligations or a specific personal situation.

When your situation reaches this point, you need to either address the problem or walk away from your old guild. Trying to have your cake and eat it too, by using deception, does no good for anyone in the long run. It can lead to hurt feelings and ugly grudges. There’s no reason Braellyn couldn’t raid with a character her guild knows about. If her members have a problem with that, it could open up a dialogue about raiding in her own guild. More importantly, her members wouldn’t be able to say that she “tricked” them or lied to them.