The Queue: On Tanaan, flying, and the elusive Warcraft movie trailer 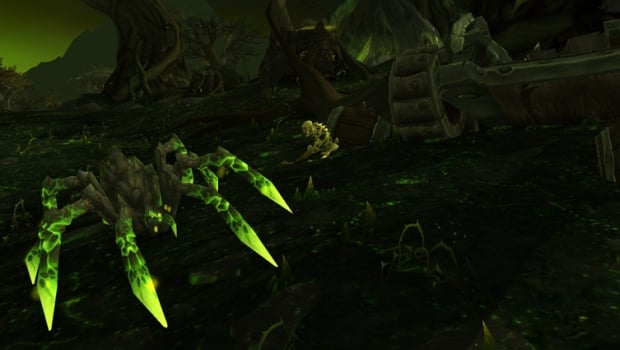 Let’s skip the pleasantries and jump straight into chatting about yesterday’s news-splosion. Today we’re answering your questions about flying and Tanaan Jungle, so let’s get to it.

So, any mention of the Warcraft movie trailer? Isn’t it supposed to come out tomorrow?

The Warcraft movie trailer premiering before Jurassic World was in rumor territory, but director Duncan Jones has come out saying that we won’t be seeing a trailer just yet.

[email protected] no sir. No trailer yet. But Jurassic World is a lot of fun, all the same!

Sorry, everyone — but let’s hope we see it hit theaters (and the internet) soon. Sure, the movie isn’t due out until 2016, but the trailer we saw at BlizzCon last year was fantastic, and for my part I don’t see why it couldn’t have gotten a wide release already.

So – how many people made a bee-line to their main’s armory page to see where they stood with the various achievements listed in the Flying Dev Watercooler?

I have a bit of cleanup to do – it’ll actually be something to do!  How ’bout that?

I was definitely one of those people — though I already have the loremaster achievement, I’m missing a few areas to get all of the explorer achievements, need 10 more treasures, and a few apexis dailies. With flying coming at some point post-6.2, I’m pretty confident picking up these extra pieces won’t be holding me back.

What about all of you — are you achievement-ready or not?

QFTQ: What are your thoughts on the upcoming Tanaan Jungle area aka Timeless Isle 2.0? I’m personally excited as Timeless Isle was a fun place to kill some time, but I’m sure not all of you out there share my opinion.

So what do you think: good idea or waste of time?

Sure, Tanaan does sound kind of like the Timeless Isle, but honestly this entire expansion has taken a lot of cues from Timeless Isle with a focus on exploration, treasures, puzzles, and rare-hunting. It’s not un-fun, but while the gameplay on Timeless Isle was novel when it was released, this style is starting to feel “same old, same old” pretty quickly. Rare hunting, especially, is something that’s not much fun in zones packed with players, which Tanaan is sure to be immediately after release.

Of course, that’s not going to keep me out of Tanaan — even if it is the same old thing, it’s new content which has been something I think most players (myself included) have wanted. I’m sure it, like Timeless Isle, will be fun at least for a while before it starts feeling like a grind… which all MMO content does in time.

Question for the Que: what is the quickest way to get revered with the three rep factions on Tanaan Jungle?

Unsurprisingly, there were a bunch of questions yesterday about just how to manage the one part of the flying-achivement-to-be that isn’t in the game yet: the three Tanaan dailies. For expediency’s sake, I’ll try to address them all here rather than answering a half dozen different questions individually.

The Alliance and Horde each have three factions: Order of the Awakened, The Saberstalkers, and Hand of the Prophet (Alliance) / Vol’jin’s Headhunters (Horde). You can get reputation in a mix of ways, including daily quests, weekly quests, and killing mobs, depending on the faction in question. Here’s a rundown:

In addition to the above, you can increase reputation with all of these factions by using the Medallion of the Legion, which grants 1000 reputation for all Draenor factions. You can get these by completing the Eldritch Horrors mission or as drops from mobs in Tanaan. All of these are also affected by reputation bonuses like guild standards, the Trading Post buff, and the Darkmoon Faire buff, so you could potentially push through these even more quickly.

Q4tQ: Is there a way for me to know how many treasures in Draenor I’ve already acquired?

Follow up: Is there a way for me to know which ones, given that I’ve already vendored the ones I did find?

You can purchase in-game treasure maps for each zone after completing each zone’s story quests, which will show you treasure you haven’t discovered yet. Here’s what you’re looking for: Frostfire Ridge, Shadowmoon Valley, Gorgrond, Spires of Arak, Talador, and Nagrand. You can also pick these up from certain garrison missions, which are the only ways for Alliance players to get the Frostfire map or Horde players to get the Shadowmoon map.

Since you already have to get loremaster achievements for the flying meta, this shouldn’t be too challenging, however if you’re as lazy as I am you can do it with an addon instead. Download HandyNotes, which adds notes to your minimap, and then HandyNotes DraenorTreasures, which adds specific Draenor notes to your minimap. Many of these will only show up if you haven’t picked them up yet, but there are a few that will show whether you’ve picked them up or not. However, it’s still an easy way to go treasure hunting.

If you’re trying to figure out how many treasures you’ve already picked up, there’s an achievement for getting 200 treasures — and even though the meta will only require you to pick up 100, that achievement will give you your current count if you’re under 200. Look up Grand Treasure Hunter in your achievement tab.

That’s it for today — check back tomorrow for Mr. Matthew Rossi’s take on The Queue.

Blizzard Watch is made possible by people like you.
Please consider supporting our Patreon!
Filed Under: Achievements, Flying, Patch-6.2, Q&a, Tanaan, Tanaan-jungle
Advertisement