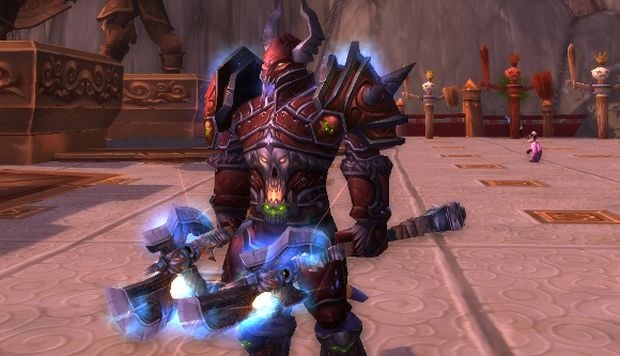 Is it just me, or is this the least interesting patch for warriors ever?

Looking over the Warrior changes for patch 6.2 I keep coming back to the same question — is the Warrior class just so amazingly well-designed right now that it needs almost nothing? The most recent changes in particularly baffle me. Why buff Arms’ mastery, and then nerf Mortal Strike by 6%? Is this a PvP change? Arms is currently the most popular non-healing spec in PVP at +1800 or higher. However, their percentage at level 100 overall is significantly lower, a mere 2.7% of those PVPing at level 100 do so as Arms Warriors. This might be due to their anemic representation in PVE content — .7% of the playerbase is raiding Mythic as Arms Warriors. Even if we just look at overall percentages at 100, Fury (despite a poor showing in PVP) makes up nearly twice as much of the Warriors at 100 than arms, and Protection Warriors are similarly ahead. (How many of those are DPS Protection, I couldn’t say.)

So seeing Arms’ mastery get buffed, that I understand. Seeing Mortal Strike get nerfed… that I don’t. If it’s simply a PVP nerf, I guess I understand it because I’ve seen it every single expansion in the history of the game. I’m not particularly thrilled about it, but my assumption is that this change is aimed at increasing Arms’ overall damage while limiting the specific damage of Mortal Strike. It also increases the value of Mastery for the Arms spec as a whole, and since Mortal Strike is also affected by Weapon Mastery, it’s possible what we’ll see is a simple change where Arms damage will increase across the board and the nerf to Arms will be compensated by Mastery affecting MS more and both Execute and Colossus Smash dealing more damage. I also admit that the change to Gladiator’s Resolve buffing how much the talent buffs the Warrior’s Mastery (50%, up from current 30%) is a nice change. 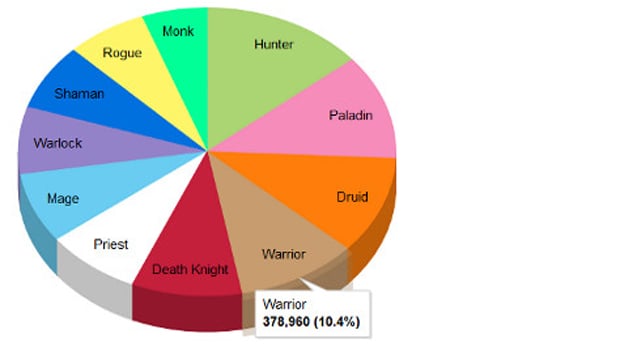 But overall these are small, not particularly exciting changes. It’s hard not to feel like Warriors are the unloved and forgotten class this time around, which isn’t a sensation that feels particularly new for a Warrior.  Maybe it’s because Warrior numbers have held steady at about 9.8% according to Realmpop. This number goes up and down depending on if you’re talking PVP or PVE, but even those numbers are close: 10.1% in PvP vs. 9.5% in PVE.

Even if you just could level 100 characters you’re looking at 10.4% — frankly, Warrior popularity seems to put them solidly in the middle of the pack. This makes the PVE and PVP divide in the class incredibly pronounced, however. Arms’s 7.2% in 1800 or above PvP is literally three times Fury’s 2.4%, which is the exact inverse of the two specs’ representation in PVE. An argument can be made that this is an inevitable consequence — one class is always going to be the most popular spec for a given role, and with PVE providing more roles for tanks (and thus, more roles for Protection Warriors) and the existence of Gladiator’s Resolve pushing Protection numbers up slightly, of course both Fury and Protection are more popular than Arms in PVE. The disparity, however, seems troubling from this end.

The reason it bothers me is simple — it’s very close to the same breakdowns we saw back in Mists of Pandaria and it isn’t that different than late Cataclysm, either. Is the lack of change in this patch a symptom of a general problem warriors have had for many years — a stagnant overall design that doesn’t change even when we see drastic changes like the Warlords ability pruning? 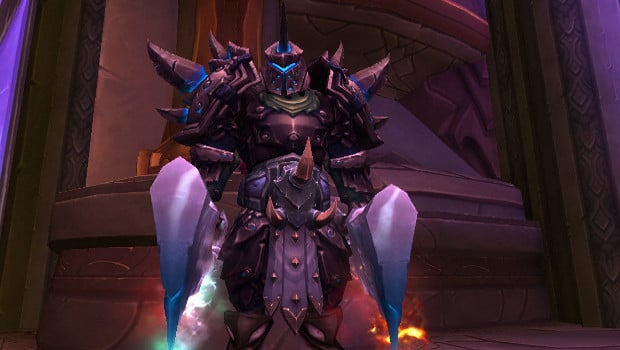 Is Arms simply such an unstoppable powerhouse no matter how many times we see changes like the removal of charge stun and the moving of Bladestorm and Storm Bolt to reduce Arms from the multiple stun spec of an expansion ago? Can nothing address these consistent design woes that keep Arms a titan in PVP but weak to the point of being feeble in PVE? Is the introduction of Gladiator’s Resolve and Gladiator Stance inflating Protection numbers or are Gladiator warriors  helping to change that? Certainly Prot Warriors are still not much of a presence in PVP — they’re exactly equal with Protection Paladins, slightly behind Blood Death Knights, and slightly ahead of Guardian Druids and Brewmaster Monks. It seems unlikely that Gladiator’s Resolve is having a huge impact on warrior representation.

Perhaps it’s as simple as it not being broken enough for anyone to feel the need to fix it.

I don’t really agree with that mindset, but I can’t say I’m surprised by it either. As we can see by looking at the numbers, warriors are pretty solidly in the middle of the pack in terms of them being played. They’re below hunters, the most popular class in the game, and slightly behind two long established tank/heal/DPS hybrid classes.

I’m hoping we see a bit more excitement for the class in 6.2, but I’m not holding my breath for it.