With patch 6.2 just a day away, we’re headed to Tanaan Jungle to face the rest of the Iron Horde — or are we? Let’s take a look at the story so far, and what you need to know in terms of what you’ll be seeing in patch 6.2 lore, Tanaan, and Hellfire Citadel.

Although heroic dungeons took us all over Draenor, there are two of particular note, lore-wise. In Shadowmoon Valley, we headed to the Shadowmoon Burial Grounds, where Ner’zhul’s attempts at harnessing the powers of the Void itself drove the ancient spirits of his clan into a frenzy. At the end of the dungeon, we encountered Ner’zhul himself, and removed him from the picture — taking down the first of the Iron Horde’s leaders. In Auchindoun, we discovered that Teron’gor, one of the masterminds behind the Burning Legion’s invasion in Talador, had sealed himself within the draenei mausoleum, and begun to work on harnessing and feeding from the souls of draenei dead, all in a bid to fuel his own power, and the power of his masters — the Burning Legion. Although we seemingly brought a halt to Teron’gor’s plans, we never actually saw a body … and given what Teron’gor was up to, it’s not a surprise that this comes back to bite us later. 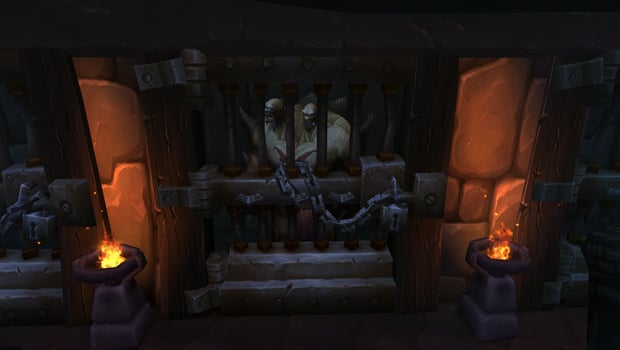 After taking down Garrosh Hellscream in Nagrand, we were left with a series of tasks that needed to be addressed in order to take the Iron Horde out. First on the list? Getting rid of the Iron Horde’s allies — the ogres who we’d already faced while leveling in Nagrand. This brought us to Highmaul, the capital and seat of power for the Gorian Empire. Although we arrived and promptly found ourselves thrown into the Coliseum, where we were fully expected to die. Yet when we not only lived, but succeeded in killing Kargath Bladefist, the real story kicked into high gear. Cho’gall, who we’d witnessed turning on Gul’dan while questing in Nagrand, made his attack on the ogre capital, which sent the whole city descending into chaos. In the end we succeeded in wiping out not only Highmaul’s leaders, but if you completed the Imperator Encounter on Mythic, you witnessed Cho’gall’s final fate and took him out of the picture as well. The Iron Horde’s most powerful allies were left in shreds, and it was time for us to move on to the other source of the Iron Horde’s power — the Foundry responsible for keeping the Iron Horde war machine well oiled and well armed.

Once again, we took the fight to the Iron Horde and handily won. This time we fought our way through some of the strongest leaders the Iron Horde had to offer — and we systematically dismantled the Foundry from the ground up, in an effort to halt any weapon-making or distribution. This culminated in an explosive showdown with Warlord Blackhand, who sent us crashing through every level of the Foundry during the encounter, all the way down to the heart of the Iron Crucible itself. With Blackhand’s death, it seems as though most of Grommash Hellscream’s highest-ranked leaders are now out of the picture for good … so where does that leave the Iron Horde? 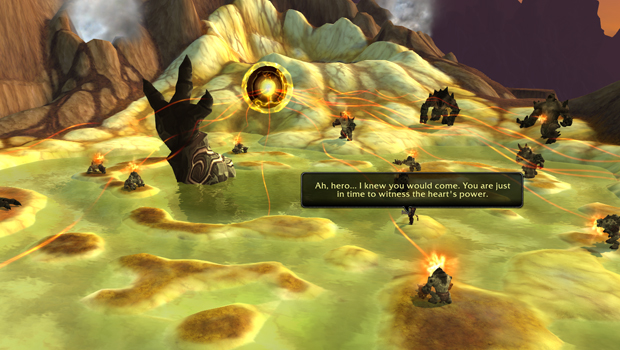 Well that’s an interesting subject in and of itself. While we were busy at work dismantling the biggest chunks of the Iron Horde’s allies and resources, they were hard at work coming up with their own plans to take us down. This played out in a series of Garrison Campaign quests that sent us all over Draenor. While we strengthened our own resources, and helped our allies — the draenei and the Frostwolf Clan — achieve their own measure of greatness along the way, the Iron Horde had its own plans. During the Garrison quests, we witnessed the rise of a new Warlord, Azuka Bladefury. Azuka was given the task of dealing with us.

She ordered a team to Gorgrond, to retrieve a powerful artifact from Cragplume Cauldron — the heart of an ancient behemoth named Gorgorek. With the heart, she hoped to reawaken the creature, and use him against us. We beat her to the punch and got to the heart first, but Azuka didn’t let that slow her down, launching a full out attack on our Garrison and seizing the artifact. Mustering all of our strength, and our garrison troops, we confronted Azuka face-to-face in a climatic battle at Bladefury’s Command in Talador, just outside of Tanaan Jungle. Triumphant, we have a brief, but tense encounter with Grommash Hellscream, who invites us to face him in Tanaan Jungle … if we dare.

But there’s one other thing we’ve been quietly taking care of on the side. Not long after our arrival on Draenor, we did the unthinkable in order to deactivate the Dark Portal — we freed Gul’dan, one of the most diabolical orcs in history. Since then, Archmage Khadgar has been insistent on tracking down and taking out the leader of the Shadow Council, preferably before he can get any major plans set in motion. In order to best accomplish this, Khadgar has decided to amplify our own powers via powerful legendary rings, and promises to continue augmenting the rings with additional power as time goes on. Although Khadgar manages to finally pinpoint Gul’dan, the Archmage is nearly killed by Garona Halforcen, a half-orc assassin who, in this version of Draenor, is still firmly under Gul’dan’s control. In order to dismantle Gul’dan’s power, Khadgar finds a way to free Garona from the mental vice-grip Gul’dan has over her, and in return, she agrees to help us out.

Unfortunately, we’re a little too late. While we successfully infiltrate the compound, we find ourselves bearing witness to a scene that pretty much spells out what we’ve managed to do — and everything we’ve done to date? Yeah, that’s all played directly into Gul’dan’s hands. He wanted us to take down the Iron Horde. He gracefully stood aside as we went charging into Highmaul, turned a blind eye to everything happening in the Foundry, didn’t make a peep when we wrecked Ner’zhul, and oddly enough had no great plans for retribution or revenge in regards to Teron’gor’s fate. Why?

Because we were doing his job for him. By taking down the Iron Horde, we left Gul’dan the perfect opening to swoop in and point out the failings of the Iron Horde to Grommash and his last standing Warlord ally, Kilrogg Deadeye. We left Gul’dan with the best possible opportunity to again make his offer of Mannoroth’s blood. And while Grommash still refused to drink, Gul’dan’s reasoning was enough for Kilrogg Deadeye … not to mention Deadeye witnessed a vision of his own death when he became leader of the Bleeding Hollow, and likely saw himself as he was after he drank from Gul’dan’s offering, a fel-twisted behemoth. With Grommash overthrown, and Kil’rogg swearing his support, Gul’dan moved into Tanaan Jungle and proceeded to take over. This is what we see in the trailer for patch 6.2 — Gul’dan’s first moment of absolute triumph since we released him from his bindings when we arrived on Draenor.

In patch 6.2, we’re taking the fight to the Iron Horde, but that Iron Horde has changed significantly. Those who chose to follow Kilrogg Deadeye’s lead are now under the thumb of a much more powerful foe — the Burning Legion itself. We aren’t facing Grommash Hellscream anymore, he’s no longer the key threat. Instead, we’re facing off against the horrors of the Burning Legion in a race to dismantle their forces before history re-plays itself and Draenor is once more conquered and left a tainted, twisted version of itself. Will we succeed? We’ll find out when patch 6.2 launches tomorrow.