Breakfast Topic: What gear wouldn’t you give up? 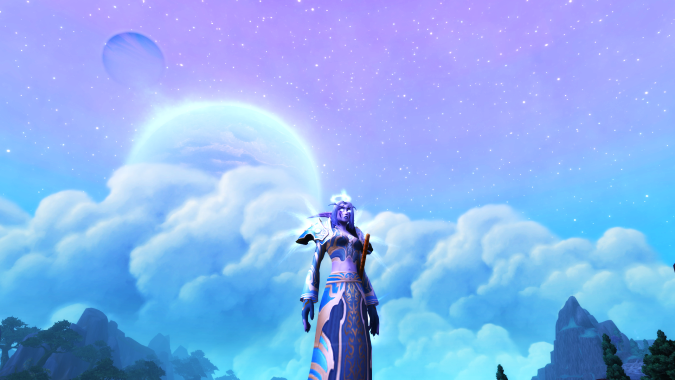 A few weeks back, when Blizzard was doing their round of patch 6.2 interviews, the topic of a better transmogrification system came up. And while Ion Hazzikostas seemed more confident than usual that a Diablo 3-esque system was closer than we may expect, I still had my doubts that it might actually be on the horizon. After all, when you’ve got full 30-slot bags and two void storage tabs full of gear, it’s dangerous to get your hopes up that you might soon have even more space to store items that others might call “useless junk.” Still, though, Ion’s words got me thinking — if we ever get a transmog system that doesn’t require us to keep armor stored in our bags, would I really get rid of every piece of transmog gear I have saved?

Sure, I’d get rid of a lot of pieces, but could I really get rid of something like Linken’s Sword of Mastery? What about my entire Vestments of Faith? The former represented an important piece of history for my character while the latter represented quite possibly the longest I’ve ever spent making daily runs (to the Black Market Auction House, but runs all the same) in hopes of that last piece finally showing up — about three and a half years, for those curious. Now, I’m fully aware that I can be a bit of a pack rat, but were World of Warcraft to receive an overhaul of the transmog system, there are still some pieces I don’t think I’d ever get rid of, pack rat or otherwise.

How about the rest of you? Are there any pieces that hold too much value for you to ever get rid of, even if you could keep their appearance? Or is holding on to an item’s appearance enough for you?