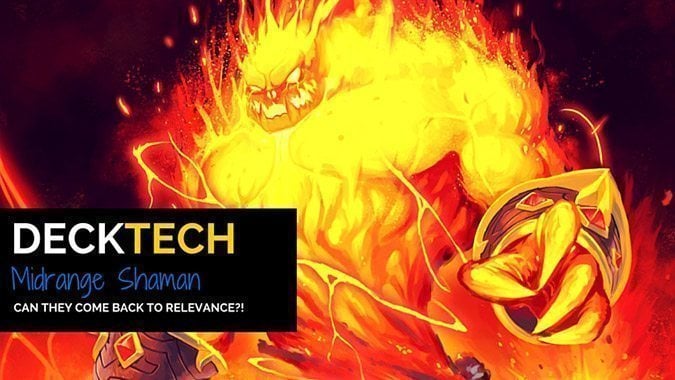 I’ll admit it, I’ve given Shaman decks a hard time before in the past. They’re inconsistent, unwieldy, and punishing. The class as a whole needs a face lift or something. With the Warsong Commander nerf live, maybe Shaman decks receive an indirect buff. We’re going to go back to the Shaman roots this week and explore another midrange deck which was one of the first control decks when Hearthstone first released.

The original deck featured cards like Ragnaros and Al’akir to close out games or Doomhammer to help control the board — does anyone think the post Grand Tournament version will work out?

Compared to other Shaman decks, you’ll notice that this version is a touch light on spells. There are no Lightning Bolts, Lava Bursts, or Lava Shocks. The only cards that deal direct damage are Lightning Storm, Fire Elemental, Earth Shock, and Rockbiter Weapon. Your game plan is to extract as much value as you can out of your cards.

Look to your cheap, low cost minions. Zombie Chow and a Haunted Creeper are almost never wrong. If you’re against an aggro deck, you’re anticipating their early game minions which you’ll want to respond with cards such as Rockbiter Weapon. Class matchups will be broken down at the end of the column.

The question I often like to ask myself on turn two is would I use The Coin to whip out a turn two Feral Spirit knowing it would mess me up the following turn? Whenever I do that, I usually experience feelings akin to having KFC for lunch: Massive regret.

Those Spirit Wolves will hold buy you some time and hold off a rush but I recommend playing them in order to protect something else you might have on the board already like a Totem Golem or a Piloted Shredder. But there will be times when you’re about to get overwhelmed and you have to play it and hope they don’t have a way to instantly remove the wolves without a great cost to themselves. If you have nothing else, your hero power will generate some totems for you. Defender of Argus can augment them and other minions you have on the board providing a safe barrier against opposing minions. Your Rockbiter Weapon can be used to clear out annoying threats (like a Knife Juggler) or it can be used as a finisher for Al’Akir. 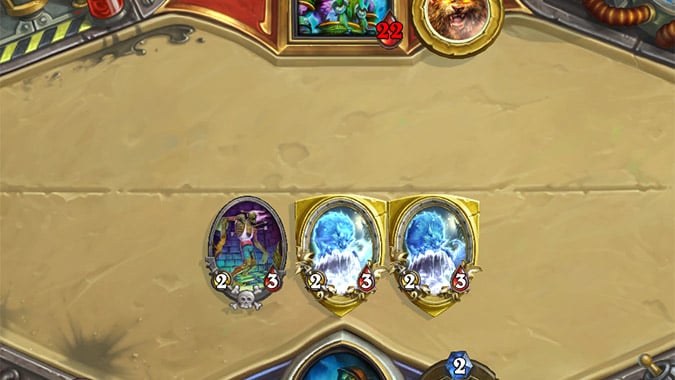 As you shift into the mid game portion, Azure Drakes will continue to feed your hand while Sludge Belcher provides additional protection. Don’t play your Flametongue Totems on their own. You want to put them in play in tandem with existing minions, even if they’re just totems. Watch the positioning of it. Remember that newly generated totems will always appear on your right. Sylvanas can be difficult to play against which is why she’s been included. She’s just a pest especially if your opponent has a minion advantage over you. For additional crowd control, you have Hex, Big Game Hunter, and Fire Elementals. 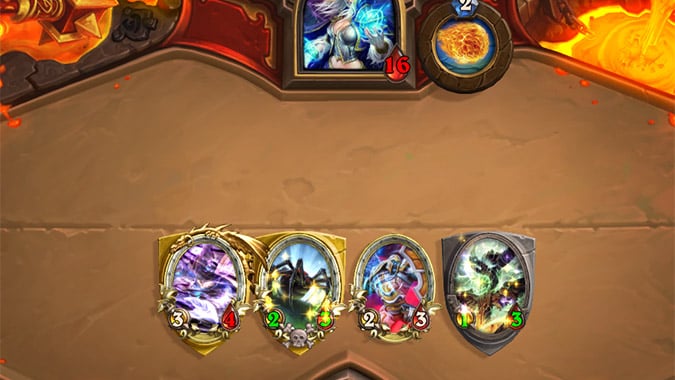 Look at all the weapons you have at your disposal. Dr. Boom quarterbacks your first choice with his boom bots. If he happens to get removed, Neptulon will replenish your hand for you (and just imagine the squeals if you catch a Murloc Knight). Al’Akir rounds out the triple thread and can be used to help contest the board or simply finish off the game.

One could fork this deck into a myriad of directions. A few adjustments, and you can convert into Mech Shaman with Annoy-O-Tron, Harvest Golems, and Powermace. Sea Giant can replace any of your heavy hitters if you’re lacking a Dr. Boom or Neptulon. Gormok the Impaler represents an interesting option as you can utilize that four points of direct damage against anything on the field that’s annoying (like a Piloted Shredder) or play him on his own. The Bloodlust build hinges on having a swarm of minions along with cards like Thunder Bluff Valiant, Mana Tide Totem, and Tuskarr Totemic. 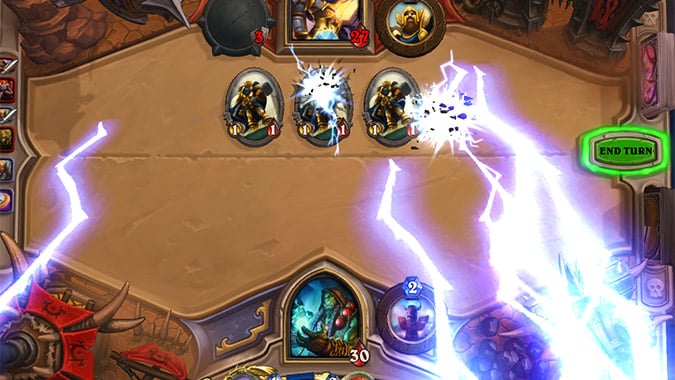 Hope you enjoyed this one. Give it a try and let me know how it goes — good luck!

Blizzard Watch is made possible by people like you.
Please consider supporting our Patreon!
Filed Under: Alakir, Deck List, Midrange Shaman, Neptulon
Advertisement