Know Your Lore, TFH Edition: The Light and the Void

Last week we discussed the new lore surrounding Priest Artifact weapons in Legion. While we were doing that, I noted some weird parallels between Azeroth and Draenor, and took a look at what’s new for Shadow Priests in terms of expanded Shadow Priest lore. And let’s face it — it’s a little weird. Not only is it a little weird, it has some serious implications about just what the Light and Void are really all about…and, oddly enough, what the Old Gods and Titans may be all about, too. So let’s throw on our tinfoil hats because it’s been a while, and take a closer look at the Light and the Void.

The naaru and the Light

First, we need to go back and take another look at that Artifact weapon for Holy Priests — specifically, the text that states “As beings of Holy Light, the benevolent naaru rescued the Draenei from their homeworld.” It’s the first part of that first sentence that is still sticking with me, because the implication there is that the naaru are actually composed of the Holy Light. It’s not blatantly stated, but it makes sense given everything else we know (which is precious little) about this enigmatic species.

Lady Liadrin and the Blood Knights were able to siphon the Light directly from M’uru in Burning Crusade — the naaru acted almost in the capacity of a Light battery of sorts. And let’s face it — the naaru don’t really seem to have any kind of conventional, corporeal body. They also exude a peaceful, calming aura, as if they’re simply shining with the Light’s radiance — because they are. It’s almost blinding to look at, like looking at the sun.

And if we really want to go that route, I’ve implied before that An’she could actually have been a naaru, a naaru that taught the Tauren how to use the Light well before anyone else had learned to master it. Those abilities were lost to the Tauren at some point, and picked up later on by the Human race over on the Eastern Kingdoms, but hey, in a society where the only method of record keeping is word-of-mouth, it’s not too far fetched to go with the presumption that maybe the Tauren were looking at a naaru, and viewed it as the sun because they simply had no other means of identifying what the heck it really was.

So let’s take that one step further. 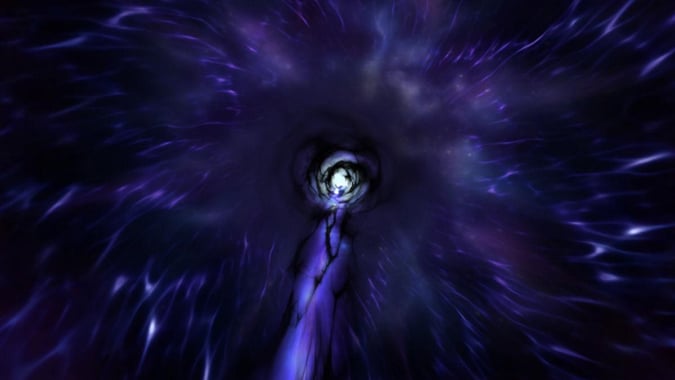 The naaru and the Void

This is where it gets a little trickier. The naaru have a natural life cycle they follow, it’s one that appears to be regenerative — if left to its own devices, a naaru going through the “death” cycle will invariably come back to the Light cycle. This dark cycle — the Void cycle — is supposedly rare, but we’ve witnessed it on a number of occasions, and we’ve been told it’s a natural part of being a naaru. The naaru aren’t horrified when it happens, because it’s just part of the cycle.

Naaru that have entered that Void state aren’t necessarily malevolent entities, either. In fact, we’ve spoken to enough darkened naaru to see that the opposite is true — K’ure regretted the fact that his Void state was consuming Orc souls, and worked with players to find a way to fix it. D’ore regretted what his Void state had done to Auchindoun, but commented that there was nothing to be done to stop the cycle — it was simply part of the naaru condition.

In fact, the only times that darkened naaru have become malevolent was through direct tampering — M’uru was used and forced to guard the Sunwell, and transformed into a void god during his encounter. In Warlords, K’ure is being held captive by Cho’gall, and also forced to transform into a void god. It would seem that the Void state is literally just like the Light state — while in a Void state, a naaru can be drained of its energy — but instead of benevolent Light, you get the dark and twisted Void.

The Void and the Old Gods

That’s where things get even more tricky, because as we’ve been told by the Shadow Priest preview, Void magic is pretty much the domain of the Old Gods. And as I pointed out last week, it makes Cho’gall’s actions on Azeroth and on Draenor a fair mirror image of each other. On Azeroth, Cho’gall eventually starts serving C’thun. On Draenor, Cho’gall deliberately harnesses Void magic from K’ure. So the question then becomes: Is this the same magic?

I think it might very well be the case. But if this is the case, then what are the Old Gods?

Here’s what we know: The Old Gods are obsessed with the idea of chaos and darkness. When they came to Azeroth, they inflicted its creations with the Curse of Flesh — presumably because this made said creatures far easier to influence. The Old Gods speak in maddened whispers, and they don’t appear to have a clear purpose in mind. They’re dead set on either undoing the Titans creations — or they’re dead set on chaos, which is the opposite of what the Titans are all about.

And they’re clever. Ridiculously clever. These aren’t just faceless entities, they have plans for the world, and they go to ridiculous lengths to bring those plans to fruition. Lengths like slowly corrupting the dragonflights from within, or doing the same to Titan watchers in Ulduar. It was once stated that the reason the Titans didn’t re-originate Azeroth was because the corruption the Old Gods presented was too far gone — if you destroyed the Old Gods, you’d destroy Azeroth itself. 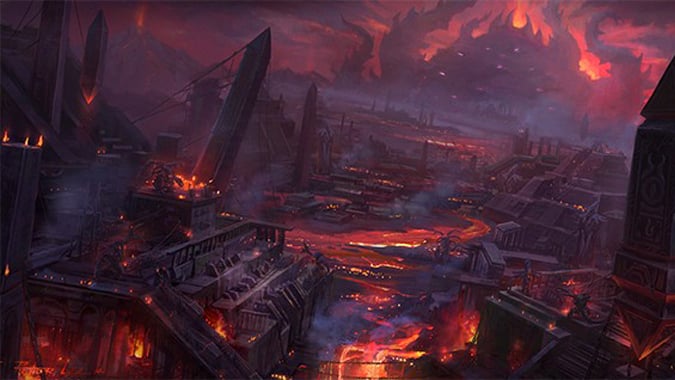 So let’s go out on a limb here, because there’s a correlation that hasn’t been fully explored, and there’s still some stuff that doesn’t quite make sense. Here we have the naaru, who have a natural Void state, and here we have the Old Gods, who appear to be masters of Void magic. Do the Old Gods have a naaru tucked away somewhere? And how did they genetically engineer a curse designed to make flesh from metal and stone?

Consider this: The naaru have never been concerned with the actions of the Old Gods. They are absolutely obsessed with the idea of stopping the Burning Legion, but they have said little to nothing about the Old Gods at all, despite these creatures having the same essential end game as the Legion. In fact, they show the same indifference to the Old Gods as they do to darkened naaru — perhaps because they are one and the same. If this is the case, however — if the Old Gods are darkened naaru, twisted by the Curse of Flesh — then what, exactly, would a naaru in its regular, everyday state look like, if it were similarly afflicted?

There is every indication in the world that the Human race learned about the Light from the Titans, or Titan watchers — specifically, Tyr. But once again, weirdly enough, the naaru don’t really go out of their way to recognize Titans — nor does any of the various pieces of Titan technology around Azeroth make any mention of the naaru at all. And once again, I find myself at a loss, because logically speaking, it’s all the same magic. Draenei Paladins use the same Light that Human Paladins do, the same Light that the Sunwalkers of the Tauren now wield. One would think, somewhere in the annals of history, that one of these strange cosmic beings would acknowledge the other, and yet both are curiously silent.

I made a guess at one point, a long time ago, that the naaru were Titan Paladins who had mastered the Light to such a degree that they ascended corporeal form and became the Light themselves. But what I’d never considered — until now — was the opposite: That the Titans are the result of naaru, enigmatic beings composed of Light, being stricken with the Curse of Flesh. It would explain why the Titans and naaru never discuss each other — because they’re the same entities, technically speaking. And it would explain why the naaru are so dead-set on getting rid of the Burning Legion as well, yet seem largely unconcerned with the Old Gods.

Because the Old Gods and the Titans are working on the same cycle as the naaru. The Titans stand for order, the Old Gods are a force of chaos, similar enough to the naaru life cycle to be insignificant. Where there is one there will always be the other, working at opposite ends and fueling the fires of the universe for eternity. Sargeras, on the other hand, wants to put a stop to that cycle altogether, and that…that’s something the naaru simply won’t allow.

Whether or not this is true, of course, is one of those cosmic questions we may never see answered. But if this far fetched theory is true, then we’re left with another disturbing question…just where did the Curse of Flesh originate, and what is its actual purpose? We may never know, but Legion, and those elusive Pillars of Creation we have to hunt down, may shine some answers on at least a few questions brought up here.