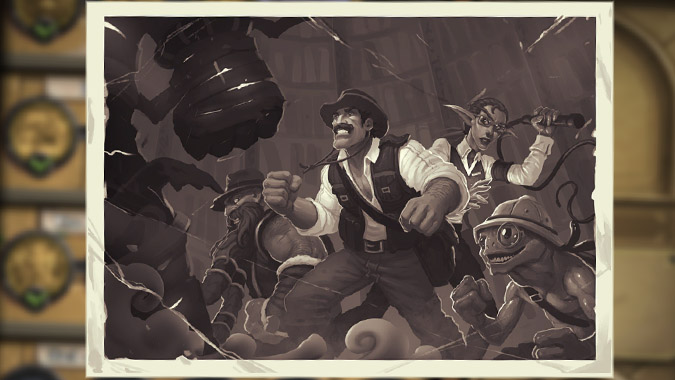 Welcome to the last wing of League of Explorers! Reno and company need your help in their quest to assemble the Staff of Origination. When we last left our company of adventurers, Arch-Thief Rafaam had stolen the Staff right out from under our heroes, and now we have to help the League get it back. Not caught up on League of Explorers? Then check out our guides to help you get through the earlier wings:

And now for the Hall of Explorers. I recommend giving the wing a shot on your own first, but if you get stuck, check back here for the guide, along with a few recommendations. Alongside the Hall of Explorers, we also have our final class challenges: Rogue and Mage. Now let’s get down to business, shall we?

Rewards from Hall of Explorers 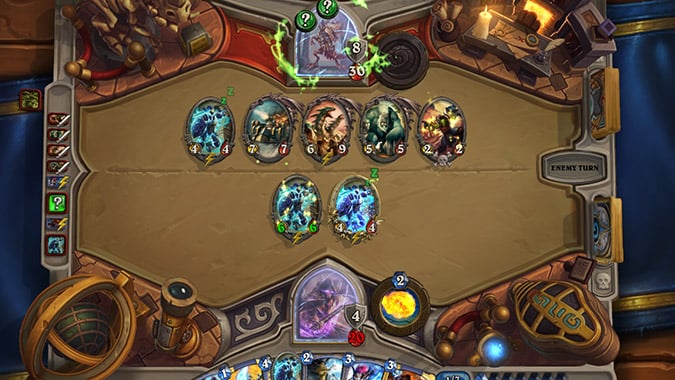 Hey, how about that? Our first encounter is a giant, animated dinosaur! Skelesaurus Hex starts with 30 health (and an additional 15 armor on Heroic mode). His Ancient Power Hero Power grants both players a random card that costs 0 mana. Skelesaurus can be a completely random match where victory will hinge on which cards both of you receive, so a little luck is going to be needed here.

I used a Control Paladin deck for normal. You’re going to want to have board clearing spells like Consecration along with controlling minions like Aldor Peacekeeper and the Keeper of Uldaman. Use them against any nasty surprises from his Ancient Power. With luck, you’ll get some fortunate cards coming your way as well. Each game will vary from attempt to attempt because the cards you’ll be given will be different. Sometimes you might get awesome legendary cards, or sometimes Skelesaurus might end up with completely better cards than you.

I hate this encounter so much on heroic — a Freeze Mage deck with Animated Armor is one of the few ways you can take Hex down. There seems to be a bug in the game where the minions avoid attacking the Animated Armor, but it doesn’t mean he won’t just use Tail Swipe to remove it. Try to have a Duplicate on the board with the Animated Armor in play, just in case the Armor does get demolished. That way, you’ll have more copies of your own. Expect this to take more than a couple of tries — however, Skelesaurus did manage to trade into an Animated Armor once. 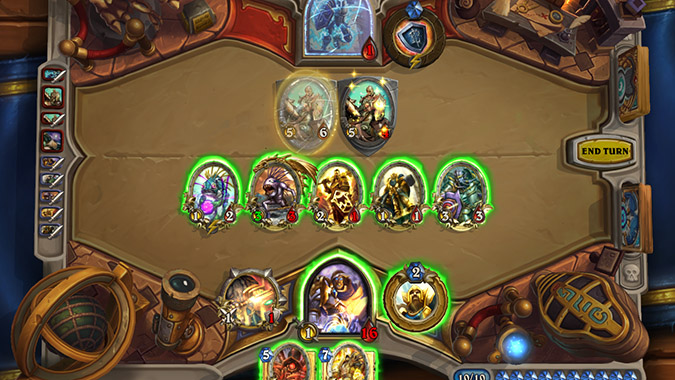 This hunk of armor is a huge pain. His Hero Power causes him to take only 1 point of damage at a time. So for example, Fireball dealing 6 damage gets reduced to 1 point of damage when dealt to the Steel Sentinel. However, if you cast something like Mirror Image with a Flamewaker in play and no opposing minions, each “shot” counts as an individual damage source resulting in 2 total damage to the Sentinel.

Tempo Mage works fairly well here, especially if you can protect your Flamewaker. Only play the Flamewaker if you can shield it with Mirror Images or use some spells to remove threats on the board, though.

When you decide to go after him on Heroic, his Hero Power extends to his minions as well. Paladin is the best choice due to spells like Equality and Repentance. Try to drop Repentance in the late game to catch Tuskarr Jouster or Master Jousters, among other big minions. Justicar Trueheart will let you remain competitive by doubling the amount of Silver Hand Recruits you can summon a turn. 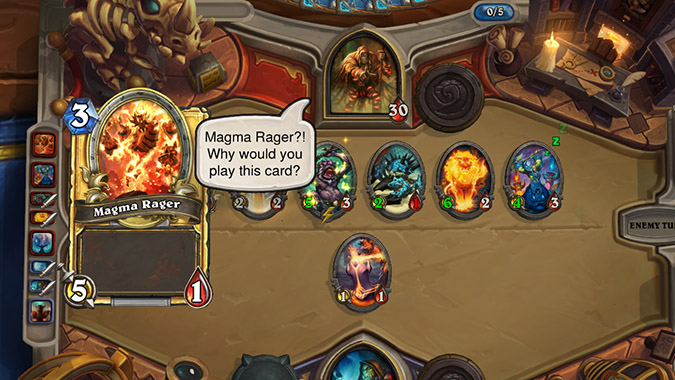 Your first encounter with Rafaam will end up with the Arch-Thief staying true to his name: He will steal your deck and use it against you! Knowing this, you can tailor your deck to punish him accordingly. Load up with really terrible minions like Murloc Tinyfin, Target Dummy, and Wisps.

I actually ended up using a Warlock deck for my first run on normal. Cards like Felguard and Succubus managed to be punishing for him. The only thing that matters is that you should feed him as many dead cards as possible, or cards that provide little to no benefit. He’ll ultimately rely on the random factor of his own Unstable Portal Hero Power.

On heroic, Arch-Thief Rafaam gets an additional 15 armor. The timing and usage of the Rare Spear is crucial. Let it build up a few charges before you use it. I’ve managed to get it up to 8 attack before bringing it down to bear and inflicting lethal to him that way. Don’t worry too much about board control unless there’s a larger, immediate threat. Most of his board should consist of the smaller 1/1 minions you gave him to begin with. 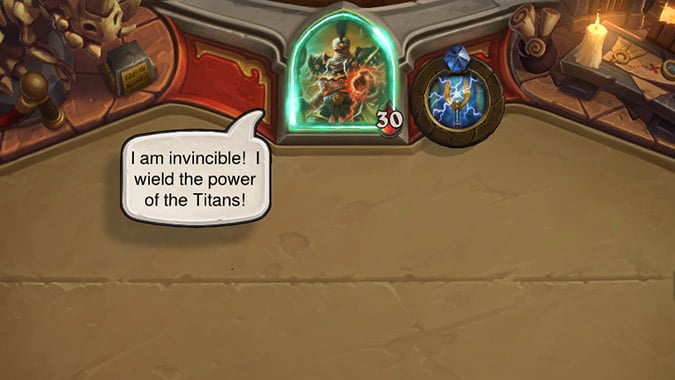 The last encounter standing between you and the Staff of Origination is Rafaam, part two! Rafaam has the Staff of Origination in his possession, which means you have limited windows where you can strike him before his immunity becomes active again. Your Hero Power will change to Rummage, which gives you random Artifact cards. Garrison Commander will be great for you! Eventually, you’ll run out of cool cards from the other explorers and get nothing but Boom Bots.

The boss minions he summons on his vulnerable turns carry the same abilities as their encounter counterparts from earlier wings. On normal, the boss cards will be 5/5 minions, but their attack and health are doubled to 10/10.

Drop the Doomsayer on turn 3, so that it detonates on turn 4 when he summons a boss. Save your Big Game Hunter, Executes, Ironbeak Owls, and Brawl for the boss minions that he summons. Emperor Cobra should be played the turn before he becomes vulnerable, so you can run it against a boss minion to get rid of it. This is an Inspire-oriented deck that works well with your new found Hero Power.

That’s it for the League of Explorers! Aside from the Skelesaurus boss, I had a great time playing through the whole adventure. Rogue players will want to be sure to unlock Tomb Pillager as quickly as they can — the Pillager is a strong card that might propel Rogues back on top of the meta game. I’m not quite sold yet on the Animated Armor though. It seems too easily removed but it can certainly slow down some decks.

Blizzard Watch is made possible by people like you.
Please consider supporting our Patreon!
Filed Under: Hall Of Explorers, Heroic Guide, League Of Explorers, Rafaam, Skelesaurus Hex, Steel Sentinel
Advertisement