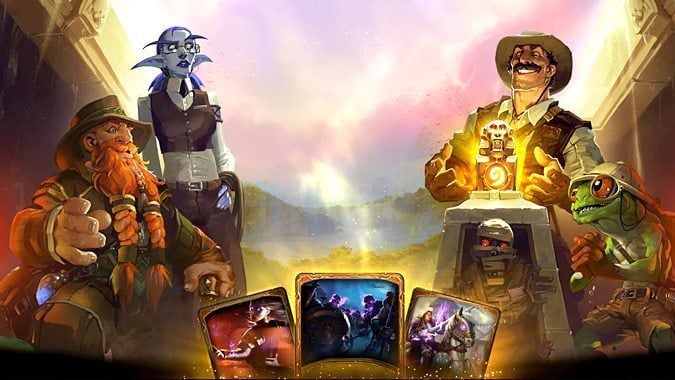 Now that League of Explorers has been out for almost two months, the metagame has settled down. It isn’t a secret that Secret Paladin continues to be one of the top decks in the competitive game. This week, we’ll review some of the cards from the recent adventure. Which cards and decks were the winners and losers since then?

The Shaman answer to Mana Wyrm is already proving quite formidable. Note that the attack you gain is per locked crystal. This is definitely a card you want in your opening hand. It pairs well with cards like Lightning Bolt in case you need to remove a potential responding minion. You can follow it up with a Totem Golem instead for an even bigger tempo boost.

Check out Reynad’s Shaman deck below. It’s one of the more aggressive decks seen on the ladder right now with it’s ability to pile on massive damage early on. Actually, play it like a Face Hunter and go straight for the player. 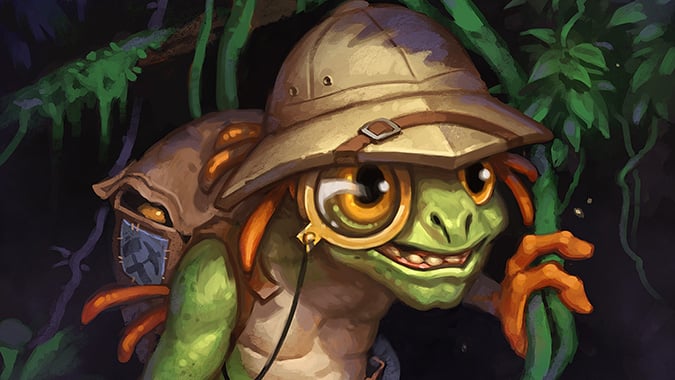 In addition to the Tunnel Trogg, Shaman players received another upgrade in the form of this legendary … uh, Murloc. My disdain for Murlocs aside, Finley helps solve a problem that the Shaman Hero Power has — inconsistency. Sometimes you don’t always get that totem you need when you use it. With Finley, you’re hoping to draw into a more beneficial Hero Power like Life Tap or Steady Shot. You might even want to include him in a more aggressive Shaman list.

Not to be outdone, Rogue players received a rather innocuous Raptor that had the ability to copy another Deathrattle. Can you imagine the possibilities? The first one that comes to mind are cards like Nerubian Egg, Haunted Creeper, or Loot Hoarder. Realistically though, the Unearthed Raptor can be used through various stages of the game. If you’re still in the early game and trying to secure board presence, any of the above mentioned cards will work. Even if you draw the Raptor later on in the game, you can copy cards like Piloted Shredder, Sludge Belcher, or even Sylvanas!

You can check out an example deck list below.

After I returned home from BlizzCon and unlocked Dark Peddler during the first week of League of Explorers, I felt like it was time to level the Warlock class. Look, I’ll admit that I’m more of a Zoo player than anything else. I love securing board dominance and then zeroing in my opponent. Dark Peddler’s a perfect card that fits right in. The best time to play it is on turn 3 where you get that extra mana crystal. Warlocks have plenty of awesome 1 cost cards at their disposal: Soulfire, Power Overwhelming, Flame Imp, Voidwalker, and Mortal Coil. The odds of you grabbing a class card are quite high from the Discover mechanic.

The deck I’m playing right now has some amazing reach. There was one game where I was able to Discover a Power Overwhelming with the two copies I already had in hand. Turns out a Leeroy Jenkins with three copies of Power Overwhelming and an Abusive Sergeant can close out a game early and easily.

Reno has single-handedly spawned a small number of decks on his own. He provides the conditional benefit of restoring you to full health so long as your deck contains no more than 1 of any card. The popular Reno variants are Reno Warlock decks that contain literally 30 individual cards. Warlocks are great for this, due to the diverse removal cards like Darkbomb, Hellfire, and Demonwrath. They’re different cards, but they help you control the board easily. Feel free to Warlock Life Tap away to maximize value off of Reno when it comes into play. You draw cards to help ensure consistency, while gradually chipping away at your own health from the Life Tap, so that Reno can help you restore it back up later on in the game.

After playing against a few Reno decks myself, I know first hand how frustrating it can be for an aggro player to get robbed of a win that way.

The Mounted Raptor is essentially a cheaper version of the Mechanical Shredder. Instead of a random 2 mana drop, you get a random 1 mana drop. This could range from anything like a Leper Gnome to a Voidwalker or a Goldshire Footman. The Raptor does a decent job of trading against a Shredder, despite it being slightly less powerful. It fits in nicely with the mana efficient strategy of Druid players who wish to overwhelm their opponents. Once the deck gains even a slight advantage, it can run away with the victory.

Remember at the beginning of the article how I mentioned Secret Paladin was the deck out there to beat? Keeper of Uldaman has provided an additional tool for Secret’s younger brother, Midrange Paladin. That 3/4 body comes with a method of shrinking the bigger minions of your opponent or buffing your Silver Hand Recruits in a pinch. 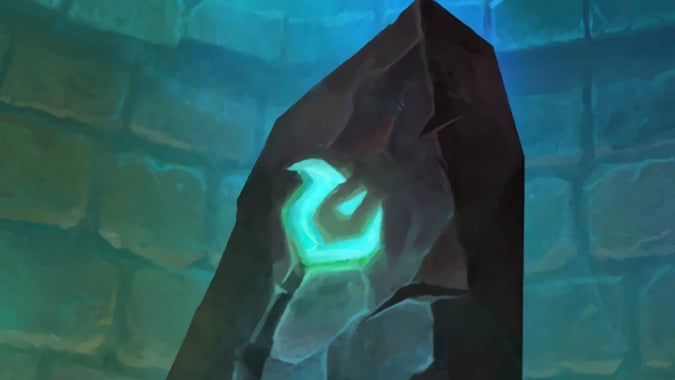 I don’t have a deck list handy for Summoning Stone. While the card was a great idea in theory, it has limited application in practice. I saw an interesting Freeze Mage deck that relied on spells to control the board and generate minions that way. However, that method wasn’t always consistent in having the best minions on the board. Still, when I was watching it being played in the tournament, it was an unexpected match up that many people weren’t accustomed to seeing at the time. It was definitely a novelty though.

This is one of the new Priest cards that came with the set, and it provides a way for you to remove a card from your opponent’s side of the board and add it to yours. My only concern is that 6 mana makes it borderline useless against aggressive, early game decks. Running two copies is a risk unless you’re familiar with your current gaming environment. In the local tournament scene where almost every player here is playing some variant of control, Entomb provides players with a way to feast on opposing minions. For Priest players, I’d say play just one copy of it for now, until you’re sure you can safely get away with two.

I took the liberty of updating some of the decks previously featured here with card suggestions and other changes from League of Explorers.

That about sums it up for this recent adventure. Have you managed to complete the normal and heroic versions of the encounters (including the class challenges)? Did you have a favorite card from the set, or a favorite deck that’s helped you in your matches?