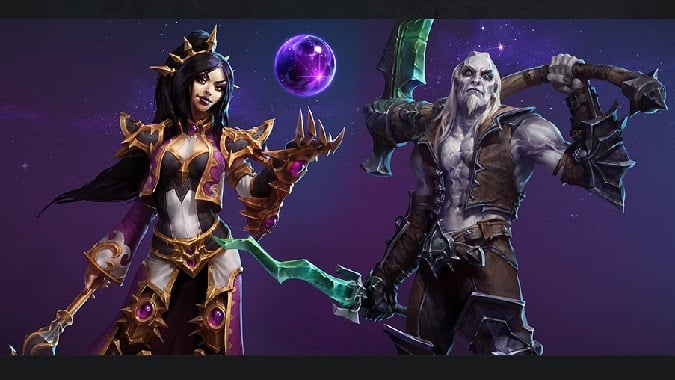 In a surprising bit of late-night news, various websites are reporting that Blizzard has revealed via interviews the next two heroes set to come to Heroes of the Storm: Li-Ming the Wizard and Xul the Necromancer. Both of these characters come from the Diablo universe and have been hinted at over the past two days. While we’re sure to get an official preview of these new heroes from Blizzard very soon, join us after the break for a rundown of their abilities and overall character design.

Li-Ming is described as a “very high-skill hero” and her trait, Critical Mass, will reset all of her cooldowns — including heroic abilities — any time she is part of a kill or an assist. She is very heavily mana-constrained to keep her from getting out of control and dominating enemy teams. She has the following abilities:

Meanwhile, Xul is described as a “toolkit spell hero,” who isn’t so much like Kerrigan or Jaina whose abilities flow, but rather a character who requires specific decision-making with respect to when to use the right abilities. Untalented, his trait allows him to raise up to a maximum of 4 skeletons from dead minions, which can be very effective at pushing lanes or blocking skill-shots. His full toolkit is as follows:

Be sure to check back here for the official release information from Blizzard, as well as the Gamespot and Razer interviews with Game Director Dustin Browder, which talk more in-depth about the various talent options that these heroes will have.