Officers’ Quarters: Finding a guild as a returning player 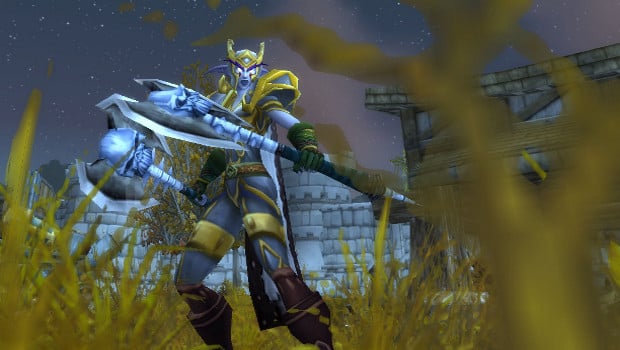 @Rama2930 asked
Just came back to my Warr (for legion). I want to be in raid guild but no one wants low ilvl char. What to do?

Trust me on this: Someone out there wants your low-ilevel character. This gap between expansions, just like all the previous ones, has been brutal on raiding guilds. A huge number of people have unsubbed while they wait for Legion. Raiders with good attendance are difficult to find at this point. On some realms, it’s almost impossible.

Fury is in a good place for DPS and is fairly ridiculous on AOE encounters. There’s plenty of time to gear you up before Legion launches. If you keep looking, you will find someone willing to add another body to their roster — maybe even a guild who’s willing to carry you to gear you up fast. With Valor upgrades, many guilds now outgear the content they get loot from. For example, Heroic guilds who haven’t set foot in Mythic now have gear that is Mythic ilevel because of Valor upgrades, so Heroic has become far easier for them. Adding one more low-ilevel player isn’t going to make or break their runs.

Group Finder is not your friend

If you’re just trying to raid using the Group Finder tool, then that’s where things are likely going wrong for you. When you’re recruiting for a Group Finder run, all you can see is that person’s role and ilevel (and sometimes they’ll leave a little note, but usually not). You don’t know anything else about them. So of course the leaders are going to select the players with the highest ilevel they can get. Those people may be terrible, clueless players, and someone with an ilevel of 690 might crush them on the meters, but there’s no way to know that from the in-game tools given to us.

It’s a flawed way to put together a raid, but it’s fast and easy — and that’s what Group Finder leaders are looking for. You can’t blame them for wanting to put together a group with the highest overall ilevel. Averaged out over time it will give the raid the best chance to succeed.

It’s true that some people are a bit too sensitive to ilevel. I’ve seen people reject a healer or tank that’s 5 ilevels lower than the requested average even though we’ve been waiting around for 20 minutes. They’re somehow convinced those 5 ilevels are crucial. Player skill is so much more important, and you just can’t know their skill until you see the player in action. But “ilevel is king” is the generally prevailing opinion and there’s little use in fighting it.

So anyway, skip Group Finder for now, at least until you’ve earned an ilevel that doesn’t immediately raise eyebrows. Until then, you’ll have much better luck approaching specific guilds directly.

It’s best to be honest with the guilds you’re applying to. Tell them you’ve been away from the game for a while and you’re not going to make an immediate contribution because your gear is behind the curve at this point. But make it clear that you’re willing to put in the work to gear up so you can make a meaningful contribution to their raid team.

If you plan to tank rather than DPS, that will be a little trickier. Many guilds have established tanks and part of the reason they’re established tanks is because they have excellent attendance and don’t generally take breaks between expansions. However, a guild that loses one of those tanks will be very keen to pick up another one, so you should advertise yourself as a tank and scour forums and other sites to find “looking for tank” notices.

If you haven’t found the right guild yet, it’s possible you’re targeting the wrong ones. The ultra-progression guilds may not see you as worth the investment because they are just too far ahead of you. Mythic raiders have ilevels in the 730s and 740s at this point. If you don’t have Mythic experience (or Heroic in previous expansions), it will difficult to convince them that you’re worth their time.

Fortunately there is a broad spectrum of guilds below them, many of whom might be interested in you. Unless you’re looking for a purely social raiding experience, I’d start with guilds who are currently running Heroic and work your way down.

If your realm is low on active guilds, you might have to consider cross-realm raiding or a realm transfer. The good news for you is that this is the perfect time to look. When patch 7.0 goes live, it should bring back a lot of players excited to try out the new specs, take advantage of the new transmog system, and experience the pre-expansion events. Before that happens, you have a window here to take advantage of guilds who are down on their luck and very eager to add people to their roster. You just have to be diligent about getting yourself out there to find the right guild. If you’re lucky, one of them might post below to ask you to apply.

While you search, you’ll need to start catching up. You should certainly start the legendary ring quest line and make as much progress as you can, but at this point it’s probably better to prioritize all the other slots. Raising your overall ilevel is more important, if not necessarily for raw performance (since the rings are so powerful) but for perception.

For those other slots, Blizzard Watch’s own Vee Tegen wrote up a spectacular guide to gearing up in the current live game. It’s meant for alts, but it works for “neglected” mains too. Once you reach the point where you can run Mythic dungeons, you’ll gear up exponentially faster. The drops can have very high ilevels and the Valor you get will help you upgrade everything. It won’t take as long as you think.

Blizzard Watch is made possible by people like you.
Please consider supporting our Patreon!
Filed Under: Finding A Guild, Gearing Up, Officers Quarters, Raiding, Recruiting
Advertisement