Going into Legion I was excited by the possibilities teased by the original class previews of a year or so ago. One of the things they mentioned was that certain specs would get renamed as part of their redesign (as far as I can tell, one spec got renamed, Combat Rogues becoming Outlaw Rogues) and I envisioned, since Protection Warriors were losing Gladiator Stance, that we might get to see some real change in Warrior design come Legion. I was wrong.

Oh, it’s not that Warriors in general or any spec in particular weren’t redesigned. You all know: you’re playing them right now. Arms, Fury, and Protection all saw streamlining and new talent design, there’s no argument there. But we lost a lot of interesting options — Single-Minded Fury, Gladiator Stance — and while I’m in love with our new animations and I think Rampage is just so, so much fun to use, I don’t really feel like Warriors got the attention they deserved. 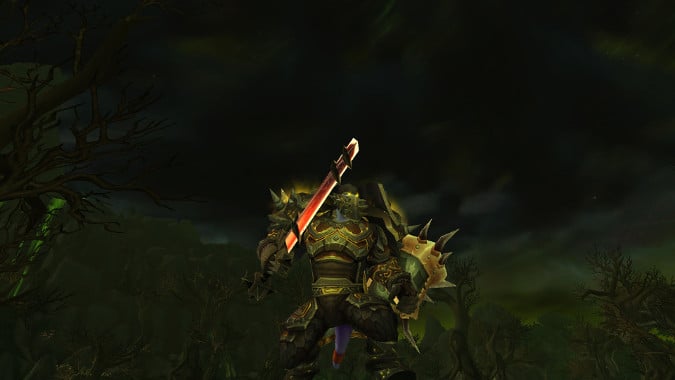 Part of the problem is the change to tanking design. The more I think about it, the less I like it. The idea that tanks were too good at surviving is one I’m willing to entertain, but let’s be honest, Warriors were always the most behind when it came to self heals and staying upright without help from a healer. Making it so every tank has fewer tools to do that doesn’t just affect them when they’re tanking in dungeons and raids, it affects them when they’re out in the world, soloing, and leveling up. Protection design isn’t bad, per se — it’s essentially the same design Protection had in Warlords, with a few changes. But it lacks in two key areas. First, like all tanks, Prot simply lacks the proper tools to save itself in trouble situations. It takes more damage and can do less about it.

Second, its raw DPS output is underwhelming. In fact, even with the across the board damage and health nerf to dungeon and raid bosses, Prot puts out terrible DPS. That isn’t as important for tanking as long as the threat is there (although we all remember the lesson of Wrath through Cataclysm and Mists of Pandaria that when given an option, raids always prefer the tank with higher DPS, all other things being equal) but it’s a really significant problem for soloing and questing, which we’re all about to try and do in Legion.

Of course, you can always say ‘just switch to your DPS spec’ but Legion complicates that with Artifacts, which are unique to each spec. So if you’re leveling as Prot, unless you put in a concerted effort to keep an offspec Artifact leveled, you’re going to end up using a weaker weapon (and even if you do put in the effort you’ll end up with weaker Artifacts than you would have if you put all your Artifact Power in one basket). 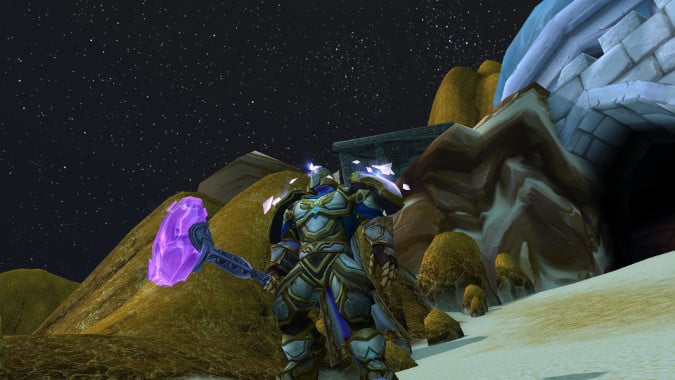 What could have been

I’ve talked a lot about Prot because I feel like it exemplifies the problems of a fairly static design for Warriors. The ‘return to the class fantasy’ design goal of Legion has its merits, but it cherry picks what elements to retain, to return, or to discard in a way that I feel hasn’t accomplished its goal. In some ways I really like the redesigned Arms, and Rampage is such a lovely addition to Fury’s arsenal I’ll never be able to hate on a design that provided it.

But sometimes I wish Protection was uncoupled from Arms and Fury. Those two specs are now all about 2-handed weapons — Arms is about mastery of a single giant weapon while Fury is about unleashing furious devastation with two of them. Protection is the sole remaining Warrior spec that uses a 1-hander, and with the design changes (Protection alone gains rage from damage taken, for example) it feels less like part of the same class as the other two. Maybe it’s time for Arms and Fury to be one class while Protection goes its own way.

I’m not ignorant of how large a redesign this would be, and it’s not surprising that it didn’t happen in Legion. For one thing, a lot of Warrior players (perhaps myself included) would not be happy if they suddenly couldn’t play their favorite spec. Making Protection part of a separate class would mean likely having to provide it with at least one other spec. A DPS shield and 1h spec, similar to Gladiator’s Resolve? What would the third spec be, or should we follow in the footsteps of Demon Hunters and simply have two specs? 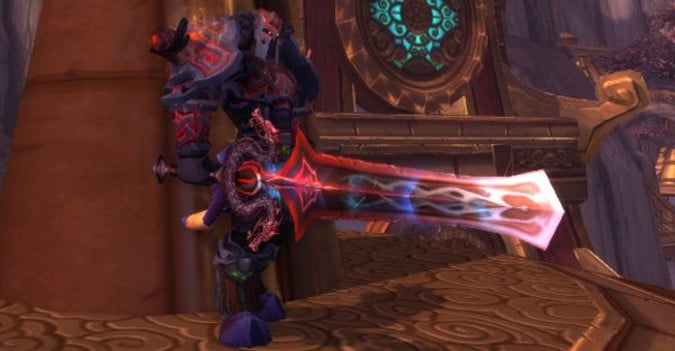 Frankly, if we did that, I don’t see any reason to take Protection away from Warriors. One idea I’ve been toying with is to have four Warrior specs. Arms and Fury would remain the 2h weapon specs, Protection would remain a tanking spec, and Gladiator would be a 1h and shield/two 1h weapons spec that brought back the class fantasy of switching between combat stances. So if you were a SMF Warrior or a Gladiator’s Resolve Protection Warrior, you’d spec Gladiator and switch between DPSing with a Shield and 1h weapon or two 1h weapons based on either talent choice or combat stance (I can see going with Gladiator Stance and Berserker Stance, each embodying a different combat philosophy). This would allow to make the iconic roles of each spec more discernible. Arms would become more about finesse (I’d argue it’s doing well on that regard with the current design, with talents like Rend or Overpower letting you add complexity to your rotation if you wish to) and setting up Fury as a devastating spec specializing in raw power, while Protection could be redesigned and renamed as well. 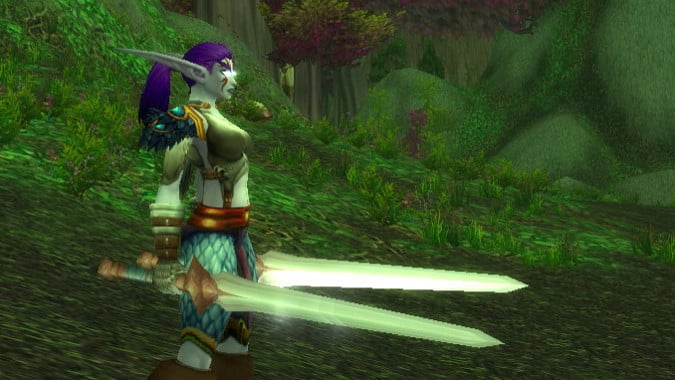 A new Protection (I’m still pulling for Juggernaut as a spec name) could be all about massive armor and brute strength, literally dropping yourself on enemies like a cannonball or hurling yourself into the fray. It’s not like Protection is far from this ideal already, it just needs a few tweaks to increase the power the class brings to bear. And finally, the Gladiator spec would be all about flexibility, adjusting to a combat situation and using the proper tools to achieve victory. You could design them so they can equip both a shield and a 1h weapon in the offhand, and whichever stance they use determined which is active.

Honestly, one of the problems I have with Legion is that it changed a lot, but in fairly reactionary ways that cost us some of the cooler design elements of the past few years. I really think Warriors have enough flexibility in terms of what they’ve historically been that we’re due for a fourth spec, and it would allow for players who might feel abandoned by the current design to regain their class identity.