One of the complaints I and others aimed at Warlords of Draenor was that there was little of a narrative sense of anything being at stake on Draenor. Objectively, there was — there was a hostile army of militarized Orcs using advanced weapons of war who were eventually co-opted by a nefarious Orc Warlock for his own sinister purposes, which included summoning the Burning Legion itself. Obviously there were stakes.

But it didn’t feel like it because from the moment we stepped through the Dark Portal we started kicking Warlord butt, and we didn’t stop kicking it until the final raid of the expansion. We shut down their invasion plan in Tanaan. We took out Ner’zhul in a five man dungeon, took out Kargath in the opening of a raid that felt completely tangential, destroyed the Iron Horde’s weapon manufacturing base before the end of the first raid content patch, and pushed Grommash back into Tanaan with his tail between his legs before patch 6.2 even dropped. It was hard to be scared of the Iron Horde when we went from success to success, and even our lowest points against them (losing Maraad and the alternate Orgrim in Talador) were still victories.

Nothing but victory creates a sense of there being no risk, no reason to even worry, no cause for alarm. There are no stakes because we never lose or even seem to be in danger of losing. This was the major problem of Warlords of Draenor, in my opinion. It was hard for people to care about why we were there when they saw no sign of any threat to Azeroth. We kicked the Iron Horde around in the Blasted Lands, in Tanaan, all over Draenor. Who cares who’s in charge?

This post will discuss the Legion pre-expansion events The Broken Shore and World Invasions.

The Legion crushes all

Almost immediately upon logging on when patch 7.0 dropped, we were presented with a completely different experience than that which we had when we stepped through the Dark Portal onto Draenor. We gather up an army of champions, including some of the greatest heroes on Azeroth… and we get stomped on.

Oh, at first everything seems to be its usual triumphal progression of events. We fight our way through the beachhead, link up with our faction leaders and begin pushing our way through to the other side. But once we confront Gul’dan for the first time, we start to get a sense of how things have changed. Tirion Fordring, one of the most storied and famous Paladins in all of Azeroth, wielder of the Ashbringer itself, dies in front of us. He doesn’t just die, either. He gets squashed like an insect, killed offhandedly by Gul’dan to make a point. And that point is simple — you are all doomed.

We persevere and move on to confront Gul’dan once and for all, and in the end, we come face to face with the incalculable might of the Legion, its vast numbers, and its ability to return again and again so long as the portal within the Temple of Sargeras is open. As is said on the way to the Temple, this isn’t the Legion we’ve fought before. They display the ability to produce whole structures nearly instantly, to attack multiple locations worldwide at once. And worst of all?

We had one chance to stop this invasion in its tracks. One chance to bring down Gul’dan and stop the Legion. And not only did we fail, but we lost three of Azeroth’s greatest heroes in the process. Vol’jin, Varian Wrynn and Tirion Fordring are dead, our forces vanquished, and at no point did we accomplish anything by it. Their deaths served only as a grim warning. And worse was to follow. 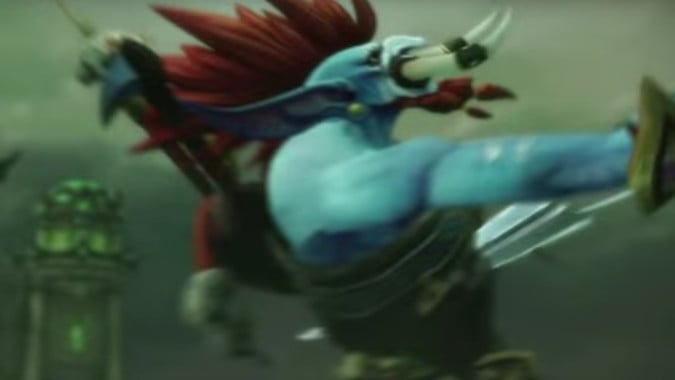 The entire Invasion event, with us traveling worldwide to hold off attacks on various locations, is a holding action. It doesn’t matter how many times we win at Tarren Mill, or Gadgetzan, or Sentinel Hill. Every victory is temporary, a result of the Legion simply retrenching its forces on the Broken Shore and around the Temple. Yes, we can kill as many Legion commanders as we want, but they’ll be back almost immediately as long as that portal remains open. Tarren Mill’s salvation will barely last a couple of hours.

That’s where we are right now. The Horde and Alliance are reeling. Azeroth is in a worse position than it was even during the Third War, when it took a great deal of effort for the Legion to bring its demons through to Azeroth. This time, they have a wide open portal and they can return almost immediately after they are destroyed. Just ask Brutallus, Tichondrius or Jaraxxus, because all three are back on Azeroth now. We see them all at the Temple when they force us to retreat or die.

And that’s what we call establishing stakes in a narrative sense. Why are we fighting the Legion? Because they’ll kill us all if we don’t. Why does it matter? Because they just killed three of Azeroth’s greatest heroes and beat the combined strength of the Horde and the Alliance at the Broken Shore, and in the process shattered the pretense of unity those factions managed. If we heroes of Azeroth don’t step up, then the place is doomed. Compare and contrast this to Warlords of Draenor and you’ll see the difference as stark as a sword lying on a field full of corpses. When we went through the Dark Portal, we were the victorious invaders. Now? Now we’re the ones being invaded, and in our first major confrontation with the enemy we got shellacked.

The stakes are raised

This is something people have been saying World of Warcraft has needed for years — an honest defeat. And this is in the pre-expansion event, mind you. We haven’t even seen Legion‘s ultimate narrative, this is just the kickoff. That’s a risky t hing to do. Handing players a big loss like this up front can be demoralizing if handled poorly, but I think it was a chance that the story needed them to take. After Draenor, we needed to feel like what we do matters again, and seeing Azeroth taken to this precipice and its safety net burned away means that we know that it does matter. We are Azeroth’s last, best hope, because look what happened when others tried to do it.

This certainly isn’t the Legion we fought before. This one is winning.