Everything you need to know about patch 7.1.5 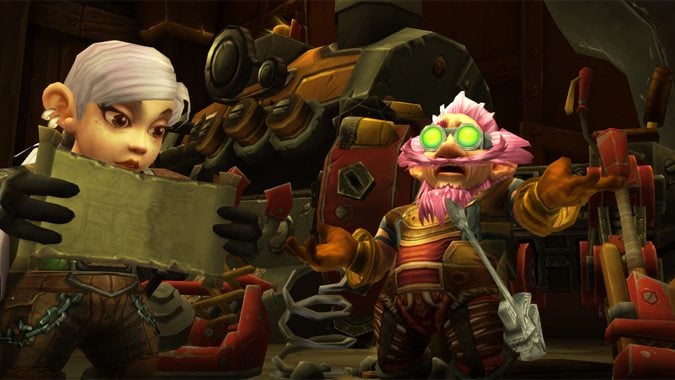 Notes for the 7.1.5 patch have been released — and for a “small” patch, there is a lot to read here. This patch’s standout features include:

What isn’t here (yet) is Nighthold. The new raid will open next week in Normal and Heroic, with Mythic and LFR to follow.

For everything else, you’ll want to check out the patch notes below. NA realm maintenance is due to wrap up at 11AM PST, while Europeans, have an extra day: EU maintenance is on the 11th from 3:00 to 7:00 CET.

For players at level 91 and higher, a new Bonus Event every few weeks.

After a quick break to mend some wounds and broken bones, everyone’s favorite fighting series is back. A new set of challenging encounters are coming to town, and it’s up to you to muscle your way past them for glory and prizes.

Invites to the Brawler’s Guild have been reset. Please look for a Blood-Soaked Invitation when opening emissary bags or completing dungeons. If you just can’t wait to get your invitation, you might want to fight the elite vrykul of Shield’s Rest in Stormheim, who know a thing or two about brawling.

Many special days of the year are coming to Azeroth. Prepare to join everyone as, for one to three days, players celebrate unique occurrences such as the Hatching of the Hippogryphs, Spring Balloon Festival, and the Thousand Boat Bash.

New Bind-on-Account items are available from the Artifact Researcher in your Class Order Hall. These items can be sent to alternate characters to immediately get them to higher Artifact Knowledge levels.

When you’re looking for players that are doing the same World Quest, you can now easily search for groups in the Quest Tracker. For group quests, a small button will appear next to the quest name. For all other quests, right click the quest name and then click “Find Group.” This will automatically launch a search for groups of players who are doing that quest. If none are found, you can start a group with one click – all the details will be filled in for you.

The Legion Companion App has been updated to support World of Warcraft Patch 7.1.5, including bug fixes and functionality improvements.

Many new and wondrous Legendary items are now to be found in the Broken Isles. The hunt is on for new Legendaries for every class!

Blizzard Watch is made possible by people like you.
Please consider supporting our Patreon!
Filed Under: Patch 7.1.5, Patch Notes
Advertisement