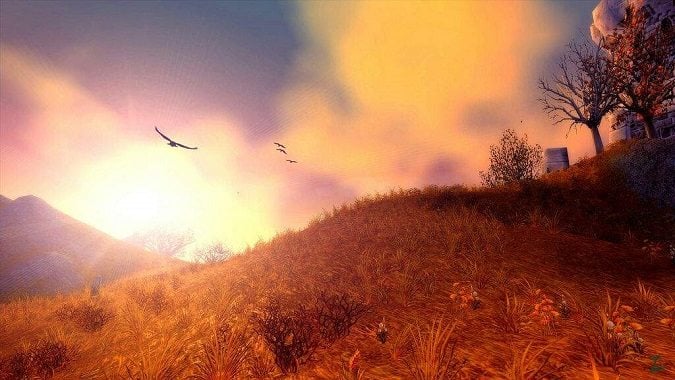 There’s no easy way to introduce this subject. I’ll just let the question speak for itself.

‏@Spankyhunter asked
How would you handle the death of a GM? Ours passed away this week after a 9 month cancer battle. Leadership was transfered but the guild is in a bit of shock. All the officers were close friends. Some are away for a week but raids are back next week. Sorry for the depressing subject but death is a part of life i guess.

I’m so very sorry to hear about this and my thoughts are with that person’s family today. Unfortunately I, like too many people around the world, have experience with losing someone close to me. My father passed away, suddenly and unexpectedly, almost 11 years ago. The Ahn’Qiraj microholiday that Blizzard just ran will always be tied to those bad memories for me. The day that my realm rang the gong, I wasn’t playing WoW. I was delivering the eulogy at my father’s funeral. I missed the whole invasion event.

Obviously that’s utterly inconsequential compared to all of the things that happened to me and my family because of my father’s death. Still, I’ll never forget looking at the screenshots of the invasion that night and wishing it had just been another normal day in my life instead of one of the worst I’ll ever have to face.

My guild was very supportive at that time, and it meant a lot. Being able to escape into WoW and try to forget what was happening, if just for a short time, was very helpful to me. But what if WoW is where you lost someone? What if the game that helps you have fun and forget about your problems for a while is the place where it hurts the most?

The officers need to understand that everyone in the guild is facing that problem. Logging into the game may be the last thing that some guild members want to do right now. The officers need to cut people slack on whether or not they can participate in guild events. For some, just booting up the game will remind them of the person they lost and their heart will be too raw to endure it. For others, they will want to spend all the time they can in the game, to share memories of the person who passed away with those who knew him or her, to celebrate what he or she accomplished. Some will try to pretend it never happened, that everything is fine. The officers need to respect every individual’s grieving process.

I highly recommend holding an in-game tribute to your guild leader, as some Overwatch players recently did. It may seem silly to some, and that’s OK. It’s not for them. Some people really need that type of public remembrance to help them find closure, and it will be too difficult for many guild members to attend the funeral in person.

Take screenshots or video of the tribute event. Share them with your guild leader’s family. Again, it might seem silly, but to many of these family members, just seeing all the people whose lives were touched by this person will be a comfort. The context doesn’t matter. 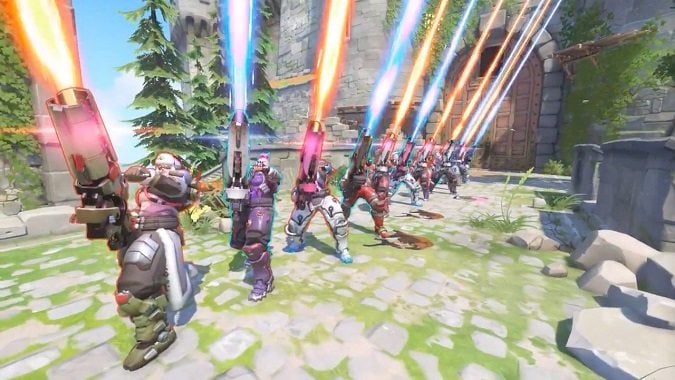 Organize collecting money from guild members to send flowers or make a donation in that person’s name. It really does mean a lot to the family.

What helped me immensely was seeing how many people came to my father’s viewing and funeral services, how many sent cards and took the time to be there for my family. It still helps to this day to look back and remember all of the people who shared in our grief. Your guild can and should be a part of that.

Moving forward after this tragedy will not be easy for the guild. Some will insist that everything needs to be done exactly as the guild leader would have done it from this point forward, but that’s not realistic. Whoever takes up the mantle of leadership has the responsibility of making sure the guild will survive and accomplish its goals. He or she will have to run things in the way that seems best to him or her.

Guild members will need to be patient with that person. It’s no enviable task to take over for a beloved leader. At the same time, the new guild leader will need to be respectful of the guild’s history, what it stands for, and the way it has treated people in the past, if he or she wants to earn and keep the respect of all the members.

I hope your guild is able to come together for each other in this dark time. Be kind to each other, help each other with this difficult process of grieving. We all need help when we lose someone we care about.

Blizzard Watch is made possible by people like you.
Please consider supporting our Patreon!
Filed Under: Death Of A Guild Leader, Grieving, Officers Quarters
Advertisement