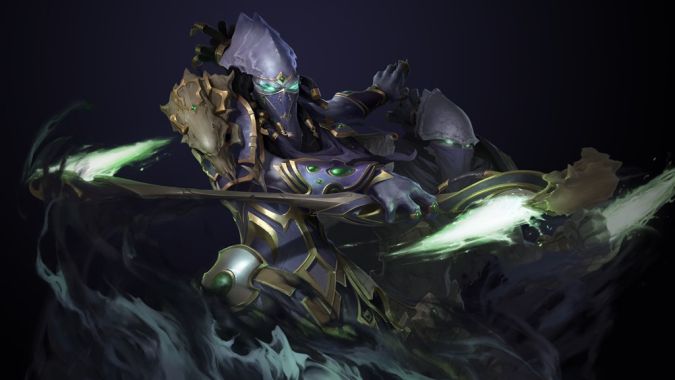 If you’ve been distracted by the news from some of Blizzard’s other games — Diablo 3’s Necromancer announcement, gorillas in space, the Tomb of Sargeras’ awesome and spoiler-heavy cinematic, and so on — then it’d be understandable if you missed the patch that went out for StarCraft 2 today.

But miss it or not, it’s live and brought with it a few fancy, new features. On the more notable end of things, Terran icon and StarCraft 2 esports caster Nathanias received his very own announcer pack. If that’s not your cup of tea, Fenix and Swann both received co-op tuning, while a handful of bug fixes went live throughout the rest of the game — although, many players are reporting the patch has caused their games to crash, so perhaps more bug fixes are in order.

You can check out the full notes below.

Blizzard Watch is made possible by people like you.
Please consider supporting our Patreon!
Filed Under: Fenix, Nathanias, Starcraft 2, Starcraft 2 Co-op, Swann
Advertisement