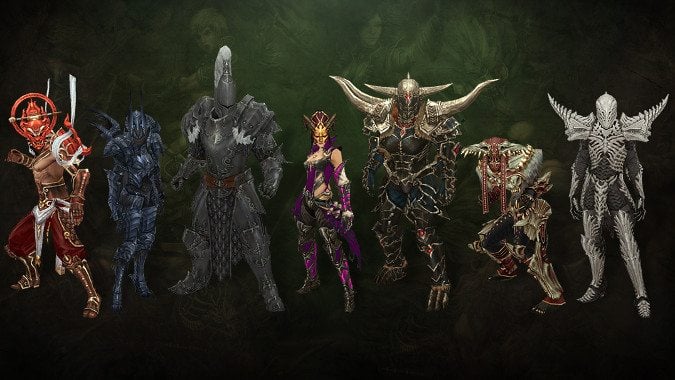 A new set of hotfixes for Diablo 3 hit the servers today, mostly addressing the behavior of certain items and item sets. In particular, the Bones of Rathma six-piece set bonus was the recipient of some substantial reworking, based on player feedback. With the rework, players will only need to summon four Skeletal Mages to receive the full six-piece set bonus, instead of ten. In theory, this should allow damage to ramp up more quickly at the start of combat, and make it a little easier to maintain the bonus all around.

Hotfixes are denoted by the date they were applied to live servers.

In addition to the hotfixes, it seems that 2.6.0 brought some bugs. Preparations were made to keep the Season 11 leaderboards bug-free, including a delay to the start of Season 11 simply to allow time to fix any problems. Season 11 will begin on July 20, bringing with it a host of new cosmetic rewards — so it’s nice to see the team addressing these issues before the Season starts, in order to avoid any potential mid-Season issues. {PB}

However, those bugs also affected the new Era leaderboards that began last Tuesday. In order to keep everyone on the same page, the Era 8 leaderboards will be wiped and started over again. Since the leaderboards were only just launched, this doesn’t really represent a huge setback for players. There’s still plenty of time to establish yourself on the leaderboards, and now everyone is guaranteed to be on the same footing going into it.

Read on for more details on this issue.

During the beta for Patch 2.6.0, we anticipated that various bugs would surface. Thanks to efforts from our players and our own QA team, supported by a long beta cycle, we were able to catch the vast majority of these.

Even so, we anticipated that some bugs would make it into the live game, so we prepared a few safety nets:

With recent reports from players, we have since verified and prepared hotfixes for the remaining issues which would impact the upcoming Season 11 leaderboards. Unfortunately, some of these have affected the new Era leaderboards which began last Tuesday. As such, we will be wiping these leaderboards to provide a clean slate for everyone that is hopefully bug-free.

Additionally, we have been looking at underperforming items including Set items, and will adjust these accordingly. This includes a change to the Bones of Rathma six-piece set bonus based on player feedback. With this, players will only need to have four Skeletal Mages active to receive the full 2500% damage bonus. You can still summon up to ten mages at a time.

We care about the integrity of the Leaderboards and will continue to make changes as needed to ensure that the upcoming Season provides a fun and memorable experience for everyone. Thanks for your understanding, and we’ll see you in S11.