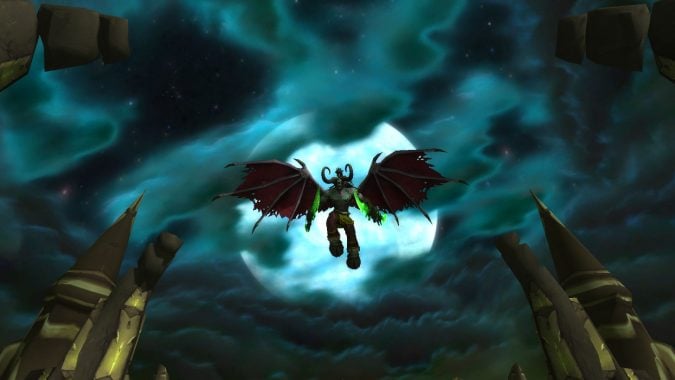 This past week marked the premiere of WoW’s first Timewalking raid, the Black Temple. It was the first of hopefully many Timewalking raids that will grace our presence, as well as likely the first time many players were able to experience a non-trivial version of the iconic raid.

I’ve seen several accounts of people who have run the raid for many more hours than they had expected to, but the overall consensus seems positive (give or take some lockout ID issues). Unfortunately, all of those accounts remain third-person accounts, since I didn’t actually run the Timewalking version of Black Temple myself.

There were a few things that factored into this. First off, a certain television premiere blocked my raid team from our originally planned run of the raid. Second, I lost a significant amount of motivation after finding out the cosmetic Warglaives required owning the original Warglaives before killing the Timewalking version of Illidan. And finally, a week just plain isn’t a whole lot of time to slot in an extra raid.

I would have liked to run it, but that just didn’t wind up happening this time around. And while I wish Timewalking lasted longer than a week, I am oddly grateful that I have plenty of time to farm the Warglaives before I need to take a run at Timewalking Illidan for a shot at the cosmetic appearance.

How about you all? Did you run the Timewalking version of Black Temple? If so, what did you think of it? If not, why?