The Queue: Antorus is lovely this time of year 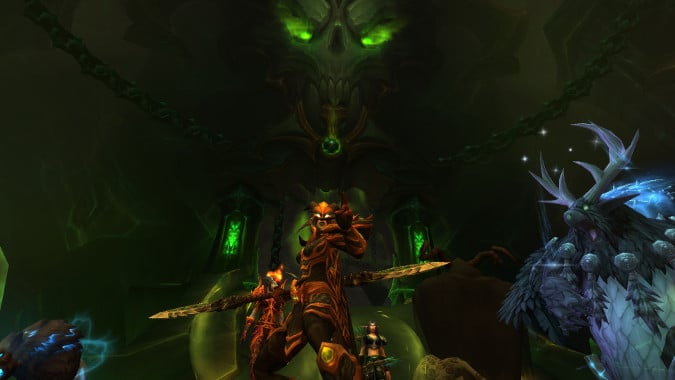 So yeah, went along on a raid of Antorus with some friends in my main’s guild — I’m usually not awake for their raid times but I was around today so I went for it. Picked up two piece Tier, upgrade on the shoulder and ring slot and a relic slot upgrade so all in all it was worth it, plus I got to see the fights in a non-LFR way. Normal, so most of the folks there outgeared it and I was essentially being carried, but it was still fun and it made me wish I was awake that late more often.

Plus before the raid I got a polearm I’ve been trying to get since the end of Warlords of Draenor, so I’m happy all around.

It’s the Queue. Folks asked me some solid questions so I’m going to answer them now.

Q4TQ: How do you anticipate your new Druid column to be received?

I rarely even write the Warrior column nowadays, and let me be honest — as much as I absolutely love the new Druid forms for Zandalar and as much as I know I’ll level one eventually, it’s not going to be for a while — I’ll need to level a Horde to 120 to finish the three Zandalari leveling zones to unlock them, or at least that’s what I’m speculating will be required. And I’m not playing Horde until after I play Alliance, because the Alliance is my first love. Sorry, Horde, y’all get a lot of cool stuff, but you keep getting the story beats that I don’t like playing.

My current plan is to level my Lightforged Draenei to 110 so he’s ready for Battle for Azeroth, then switch to my Highmountain Tauren after the Draenei hits 120 to unlock Zandalar Druids, then play one of them as my main Horde character when I feel like seeing what’s up Horde side. I’ll likely have a Lightforged Draenei Warrior to 120 first, then my Highmountain Tauren, and then my Void Elf before I even touch my Zandalari Druid.

So please don’t expect me to switch to Druid. I love those Druid forms, but I know myself. I love Ashkandi more.

Q4tQ: as someone who plays mostly melee classes, is there something they could change with ranged to make you more interested in playing those?

Because I hate one word Queue answers, I’ll go into more detail. But the fact is, I just plain hate playing as ranged in WoW. It is the antithesis of fun for me. I am not trying to tell you what to like here — if you like playing as ranged, that’s great, I’m glad you have fun that way. But I’ve tried them all at this point and only Hunter was even tolerable. It is simply not fun.

If they really wanted me to play my Hunter more, they’d not do what they’re doing in Battle for Azeroth to Survival, but that’s not really what you’re asking. As far as I can honestly say, there’s nothing they could do to make me enjoy playing as ranged.

Q4tQ: What do you think would be the impact, consequences and player reaction to a system where a player could spend a small gold fee to unlearn an appearance in their wardrobe, binding that appearance to a scroll (like Enchanting) and then be able to trade/auction that appearance to any other player, usual mog rules still applying?

The transmog hunter in me finds this simultaneously horrifying and tantalizing. I’d never use it. Like, never. Never ever. The very idea of unlearning anything like that is not one I can countenance. But would I buy appearances? Oh heck yes. All my gold would be gone. I would have no more gold. Heck, much of the stuff I buy on the AH now is exactly for this.

I really have no idea how players would react to it. I expect that some would make use of it to generate gold, farming for an appearance that players want which is hard to get. The weirdness comes when you think about how it would work. For example, I have kept on one of my older characters all his weapons. That’s like every expansion up to Mists of Pandaria full of weapons on him. They’re not in void storage, they’re in his bank. So if he unlearned Ashkandi to put the appearance in the Auction House… well, how does that work when he’s got the sword in his bank?

Does that destroy the item? Does he unlearn it and then immediately relearn it from the weapon in his bank? That would be weird. I could see myself being tempted to sell Ashkandi on the AH and then log on to that character if I just relearned it every time I did.

I suspect it would lead to a new wrinkle in the economy, but eventually it would stabilize out with only some of the rarest and hardest to get items being worth much. If it worked with BoP items like Ashkandi or Titanic Onslaught or what have you then you’d see some for profit transmog farming going on. 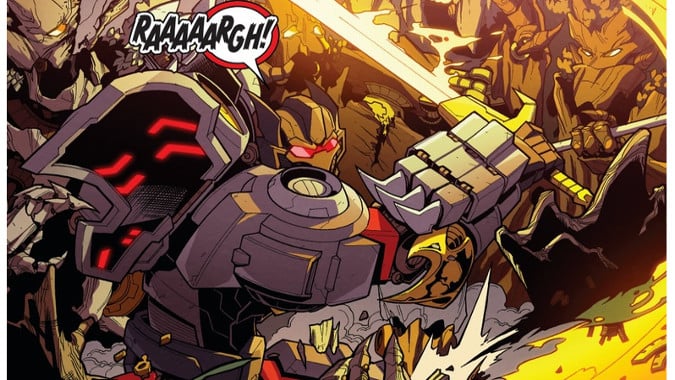 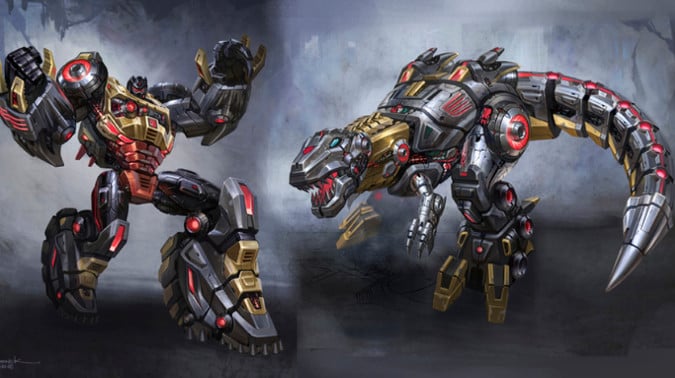 He will kill every single one of them, because he is the King. Beast Wars Megatron would be lucky to walk out with his head still in the same time zone as the rest of him.

This has literally nothing to do with any Blizzard games but my word, I’m so looking forward to all the dinosaurs in Battle for Azeroth maybe I’ll get lucky and it’ll turn out that Azerothian dinos are descended from Curse of Flesh affected Titan constructs and that’s why they show up in all those “Titan Petri dish” zones like Un’Goro and Sholozar and the Isle of Giants. So maybe there’s a whole group of Titan Keepers who are giant dinosaurs.

Yes, I want Blizzard to put robot dinosaurs in the game.

Q4tRossi: You’ve talked about retiring your characters and parking them in certain expansions. Do you ever go back and visit them, and maybe sit around the inn telling old war stories about the opening of Ahn’Qiraj?

My Tauren actually gets leveled pretty much every expansion. He’s 110 right now, for example. So is my Human, who is my very first raiding character and who has a bag full of legendaries — I got him to 110 and then put him right back into Stormwind.

Characters I have left in their retirement zones include my Draenei Warrior, my first Night Elf Death Knight, and my Worgen. They all have found places and I rarely go see what they’re up to, unless I’m feeling nostalgic. There are also a lot of characters I left in Pandaria, like five of them all retired at the Shrines. My Orc Shaman is still living in original Draenor, telling stories about fighting the Lich King.

So yeah, I go visit. I’m sure I’ll visit my Nelf. She is one of my favorite characters to do transmog on.

Q4TQ: With the new Zandalari druid forms, do you think this opens the door to Blizzard going back and redoing some of the other racial druid forms? What we’re seeing with Zandalari druids is a pretty significant departure from druid form norms… namely, that they’re all more or less dinosaurs. Sure, they resemble bears and cats and birds in form, but they’re still dinosaurs. What other species do you think could work across other races of druids?

Honestly, the door has always been open for Blizzard to do that, if they wanted to. The question becomes when is it worthwhile to do it? Giving Zandalar unique Druid forms while bringing them in as an Allied Race makes since because Allied Races are a big part of this expansion, it’s an expansion wide feature. Going back and utterly changing other race’s Druid forms might be a lot of work for forms that only a fraction of the player base is going to see.

Jalamenos mentioned that changing people’s Druid forms might be upsetting for older players, and I can see that. If you have a bear form you’re used to and like playing, having it suddenly replaced with a turtle form could be offputting. Tauren Druids have been bears since vanilla, switching them to kodos might be really offputting.

I’d personally want to do alternate forms for established Druids as optional glyph-type changes. So a Tauren might get “Glyph of the Kodo” for his Guardian form, or what have you. But yeah, I’d be down for Worgen getting more wolf-like forms, Trolls getting some animals they’re more familiar with, etc etc.

Okay, that’s the Queue for this week. I’ll never give up on the idea of Gnome Druids who get robot animal forms.