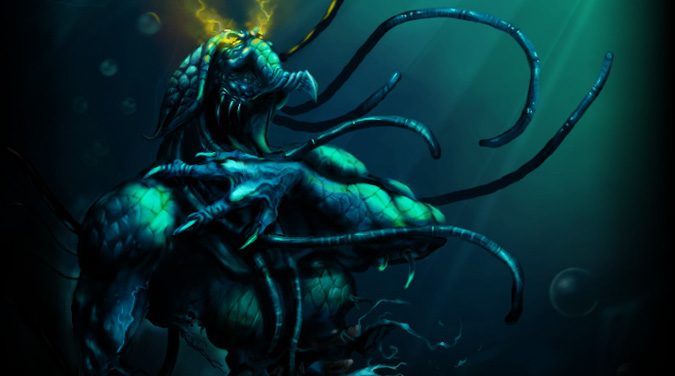 Every people has its heroes — the brave beings who define courage, valor and integrity for them and their kind. For the Protoss, one such legend is Fenix. Hierarch Artanis himself said that Fenix was the exemplar of their kind, the bravest warrior he had ever encountered. In the Heirarch’s eyes, Fenix faced and triumphed over unimaginable odds and defeated threats most Protoss could not comprehend.

In a career that spanned an entire life, Fenix fought past even the destruction of his body. He was so revered by his people that his memories were used to create a new entity, the fearsome Purifier android Talandar. Fenix’s legend lives on, inspiring those who he called friend and haunting those he opposed.

Fenix, the Templar, the warrior. Fenix, who fought on past death, and died as he lived. 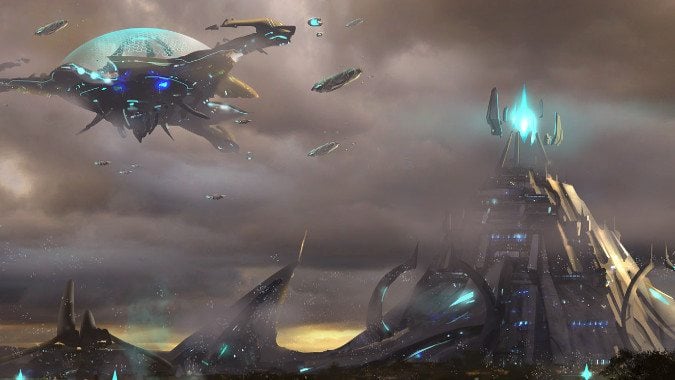 Fenix was trained in the ways of the Khala, the psionic bond all Protoss shared, alongside his lifelong friend Artanis. At a young age he learned to create his psionic blade at the temple at Aldera. Fenix was unique among his peers in his sheer ability to disregard fear. His faith in the Khala and his own purpose was unshakable. It was forged in the first moment he created his psionic blade and the surety he felt at its presence. Long after his death, the memory of it would remain vivid in the body of Talandar.

Fenix served with distinction but not all battles were equal. One of his greatest early triumphs was in reclaiming the research base on the world codenamed “The Rock” before the Protoss fleets were sent in to purify the planet, scorching it down to bedrock and eradicating all life. This tactic, derived from years of fighting the Zerg, would have sterilized the planet. But Fenix made it unnecessary. This, in a nutshell, is the kind of warrior Fenix was. Fearsome, determined, and willing to tackle insurmountable odds.

Protoss culture was based on the Khala, the mass mind linking them. Fenix was a true believer. But not all Protoss felt this as strongly. The Nerazim, or Dark Templar, were exiled from Khalai society for their unwillingness to be fully part of the great link. Other Protoss rebelled over time, as when Fenix found himself invited to the decommissioning of the great warship Antimond. Instead, he spent time aboard the vessel attempting to prevent rebels from seizing the craft. These and many other exploits made Fenix a legend among his own kind long before the return of the Zerg during the Great War.

Wars do not make one great

What the Terrans of the Koprulu Sector called the First Contact War, the Protoss simply call the Great War. It’s their conflict with the Zerg. The origin of that conflict reaches back to the Xel’Naga and their desire to create a perfect species. In their quest, neither the psionic Protoss nor the genetically variant Zerg matched that perfection. But the Zerg spread. If unchecked, they would ultimately devour all life to incorporate it into themselves. The Protoss rose to battle them, and that battle was where Fenix truly came to be known and honored by his people.

Since the Discord that split the Protoss into the Nerazim and the Khalai, the Protoss had known war. War against the Zerg was war with no quarter and Fenix asked for none. When the Zerg came to Aiur, Fenix learned that they’d take all that he had to defeat. Despite his best efforts and the strategies derived from his old friend Tassadar targeting Zerg Cerebrates, Fenix found himself waging a hopeless battle on Aiur.

Ultimately, he paid the ultimate price. Left behind with a small force to defend the outpost at Antioch, Fenix was ambushed by a superior Zerg force. He found himself in pitched battle with a Hydralisk. Fenix nearly killed it when his psionic blade suddenly ceased to exist. The Zerg rushed him, tearing him nearly limb from limb. Fenix had fallen bravely defending his people. But it would not be the end for him. 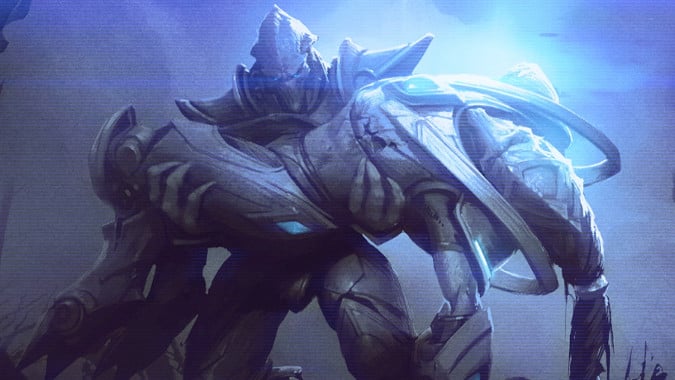 The Protoss waste little. Fenix’s body had been destroyed, but his mind and will were unconquered, and they could be put to use. The Protoss had a program where those of their people who couldn’t fight any longer were placed into mechanical tank-like robots. Called Dragoons, they would allow the fallen to continue to battle for Aiur. Fenix proved himself quite suitable for this program.

But events outside of Fenix’s control had created a dangerous situation. His old friends Artanis and Tassadar had made contact with the Nerazim under Zeratul. They joined with them to defeat the Zerg, since the Dark Templar knew the secret of destroying the Cerebrates that had eluded Fenix and helped cause his defeat. This led to a revolt as Fenix joined with Tassadar in an attempt to save their people from the Zerg. He did so even though it meant defying the Conclave of the Judicial Assembly that ruled the Khalai and Aiur. Tassadar and his followers managed to finally convince the Conclave that the Dark Templars were the only ones who could kill Cerebrates and weaken the Zerg. The civil war ended at a high cost in dead Protoss on both sides in the face of an imminent Overmind attack on Aiur.

Fenix took part in the final battle against the Overmind. He led a raid deep into the heart of Zerg forces to distract the Zerg and leave the Overmind vulnerable. However, he was forced to watch as Tassadar gave his life to destroy the Overmind and save their people. During this time, Fenix made the acquaintance of Jim Raynor, as he and his rebellious allies had joined forces with Tassadar to fight the Zerg. 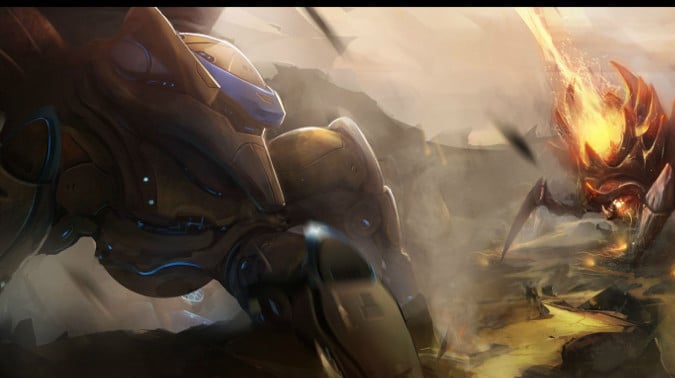 The Brood War and Fenix’s demise

The cost of the Overmind’s defeat was the loss of Aiur. While the Protoss escaped the threat of being assimilated into the Zerg, the death of the Overmind sent the Zerg rampaging across Aiur. It cost the lives of the Conclave and most of the Khalai. The remaining Protoss were led to a last remaining warp gate and taken to the Dark Templar world of Shakuras. Fenix and Jim Raynor stayed behind to keep the Zerg from seizing the gate and following.

There, they were contacted by the Swarm-infested Sarah Kerrigan. An unusual alliance was formed, although not one that Fenix ever fully trusted. However, the United Earth Directorate had invaded the Koprulu Sector in force and was planning on raising a new Overmind, something no one — not Mengsk, not Kerrigan, and certainly not Fenix wanted to see happen. They were joined by the common desire to destroy this new Overmind.

A series of battles led them to the attack on Moira and the Kel-Morian Combine, led by Fenix. The success of this invasion led the allied forces to Korhal and the destruction of the UED’s Overmind. But as Fenix had anticipated, Kerrigan’s sudden but inevitable betrayal had come, working alongside the disguised Xel’Naga that called itself Samir Duran and wore many disguises over the years. To buy his allies time, Fenix faced Kerrigan and her Swarm on the battlefield. Although he died, he did not die easily, nor did he die alone.

Besides Talandar, Fenix and his example, along with his old friend Tassadar, would be remembered by Hierarch Artanis as he went on to unite his people with the Nerazim. Together, they formed a united Protoss people to retake Aiur. Fenix’s life was a pure example of how to fight for one’s people. His death showed all Protoss how to work with others. Without Fenix, it’s entirely possible the various Protoss would never have founded the current Daelaam. Even when his body was destroyed and he was forced to fight from within a mechanical one, he never lost his courage, his will or his ability to inspire others. Fenix was the greatest warrior of a generation that produced the greatest warriors his people ever saw. He lived and died in the Khala.