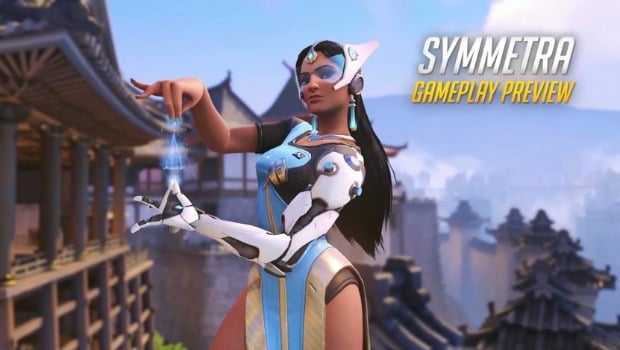 Whispered on the winds throughout the Overwatch universe since — well, her previous rework — Symmetra’s complete hero overhaul has now hit the PTR. The development team was kind enough to give us a full post on the topic, breaking down how Symmetra will play moving forward. Nearly every Symmetra ability is now different, so buckle up.

They started off the top by changing how her gun works. Her primary fire will no longer “lock on” to her target, so Genji can once again run wild and free. It will now function very similar to Zarya’s primary fire beam, though it will still ramp up its damage like it currently does. Her right click still fires small orbs, but they travel much more quickly and explode on impact, but they no longer penetrate.

Symmetra’s sentry turrets function pretty similarly to the way they do on the live servers after they’re set up. However instead of carefully placing each one by getting up close and personal, they’re now projectiles, so Symmetra just chucks them across the map. Her setup time is therefore far lower, and since she can throw them behind her enemies this change may even make her more viable on attack. Though she only gets three sentries at any given time they’re now quite beefier, taking 30 damage to dispatch.

Symmetra’s teleporter and her photon barrier have swapped places, with the barrier as her ultimate and the teleporter on her E key. The teleporter now functions similar to Medivh’s in Heroes of the Storm. Symmetra can target a place up to 20 yards away to place a teleporter, with a second teleporter placed at her position. Her teammates can then swap between the two at will for a short time, currently by pressing the F key when a hero gets close to it. 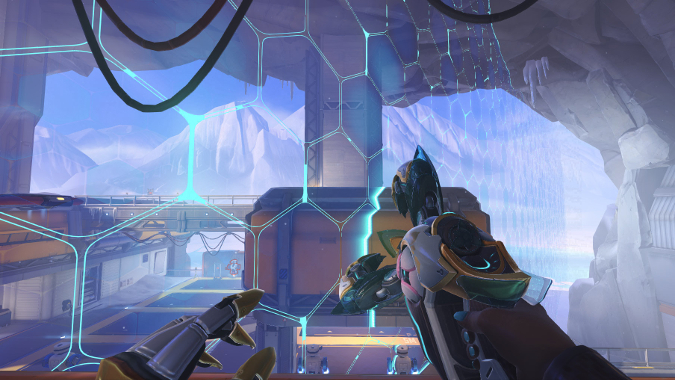 Symmetra’s photon barrier is her new ultimate. She’ll draw a huge barrier across the entire map, stopping projectiles from her opponents from crossing it. Careful use of this can shut down Pharah’s Barrage or D.Va’s Self Destruct easily, but like the other barriers in the game, your opponent can just walk through it. However, on the bright side so can your teammates, making it far more forgiving than say, Mei’s Ice Wall, which accomplishes a similar goal in terms of blocking, but can easily leave a teammate trapped on the other side.

It’s hard to say without seeing her in action whether this will accomplish the main goal of making her more competitively viable. Taking her primary fire off auto lock seems to raise her skill floor a bit, and though I welcome turrets that are easier to deal with in practice, it takes away a bit of the charm involved in a well-maintained car wash.

This is in addition to a large patch, which adds a bunch of new features. You can now Look For Group in Overwatch. Specify the role you’d like and the LFG tool will do the rest. They’ve also added a new social system called Endorsements. League of Legends players know these by a different name as Commendations. At the close of a match, you can Endorse players for being good leaders, being a helpful teammate, or being sportsmanlike. You’ll be able to earn levels in Endorsements as well, but what in-game reward that gets you beyond being officially labeled as a nice person remains to be seen.