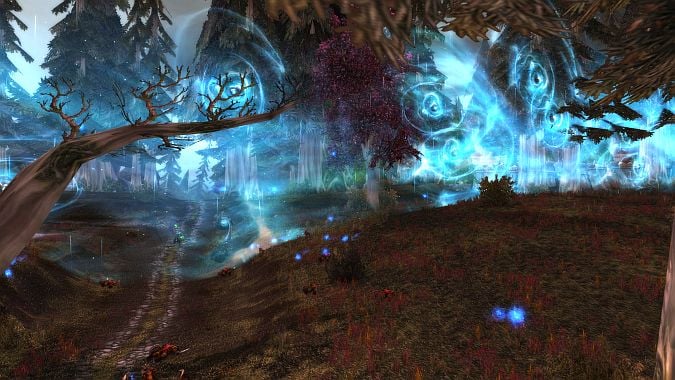 Over the years, Blizzard has tweaked World of Warcraft’s content-release schedule over and over and over. But in recent expansions, it seems that Blizzard has, if not perfected, at least found a release design they seem comfortable with. I speak, of course, of the gated release of content.

In patch 7.1, Blizzard gated how far we could progress in the Suramar “Insurrection” chain. In 7.2, it was the final portion of the Class Hall campaign and our journey on the Broken Shore. With 7.3, it was our progress through Argus and, really, the conclusion of Legion’s main storyline. And now, we’re once again being gated — this time in how far we can progress in the pre-expansion content.

Despite gating being a constant across all of the expansion, no patch’s gating has felt quite the same as another’s. Granted, some part of this could be due to player investment in the story itself. Suramar, for example, was a standout zone in 7.0, and it was hard to not to get sucked back into it in 7.1. But a bigger part is due to what we as players can do in between unlocking new sections, the length of time those sections take to complete, and the rewards at the end of each.

For me — and, I think, a lot of players — patch 7.2 was the low point for content gating. Not enough to do each week, no real sense of progression, and a lot of repetition in what we were being asked to do. Meanwhile, I haven’t heard too many complaints about either 7.1 or 7.3 — despite them being different types of content gating.

However, it seems that there are some grumbles about the pre-Battle for Azeroth events we started this week. Those grumbles range from amount of stuff to do, to what point we stop at, to the usefulness of the World Quests unlocked at the end. But no matter what the complaints, each person certainly has his or her own sense of “ideal” content gating.

And that’s what I want to hear about today. How many parts does your ideal gated content have? How long are each of those parts? What makes them feel meaningful? What kind of rewards do you want? I’m sure there are several other factors besides those, though — which is why I’m turning it over to you, readers. Tell me your ideal!

Blizzard Watch is made possible by people like you.
Please consider supporting our Patreon!
Filed Under: Battle For Azeroth, Burning Of Teldrassil, Patch 8.0
Advertisement