While everyone was distracted by Mike Morhaime stepping down as president of Blizzard Entertainment, World of Warcraft CM Lore took to the forums to announce improvements that are coming to the Azerite Armor system. Lore mentions three things the developers have taken away from all the feedback and conversation surrounding the Azerite system: availability, a lack of agency, and trait depth.

They plan on fixing all of these, but will it work? Our own Matt Rossi recently discussed all the problems with the current system. Are his concerns being addressed? Maybe. Let’s break down what’s in the blue post. 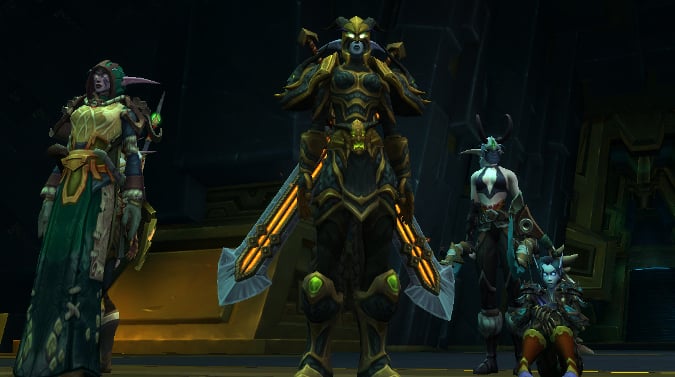 Problem: Azerite armor is hard to come by

While there’s plenty of Azerite Armor in the 295-340 item level range, further sources are heavily limited and susceptible to bad luck. Even players who are doing a wide range of high-end content are still wearing at least one Item Level 340 piece, despite having replaced all their other gear several times over. Everything else about the system is basically irrelevant if you can’t get your hands on the gear in the first place.

Blizzard is addressing this by adding Emissary rewards that will drop Azerite gear up to ilevel 370, scaling based on your ilevel.  They are also looking at more ways Emissary quests can get more gear into players’ hands. (Hunters, remember how excited we were when, gasp, a gun and not a polearm was an Emissary reward?)

They consider this a pressing concern and plan to push this change in a hotfix before 8.1, though Lore doesn’t have a date yet.

Problem: Players have no agency in trait selection

When items do drop, it can feel like you’re not really given much in the way of options. You can choose whether you want this to be a Fire or a Frost piece, or a versatile one with a generic trait, but that isn’t necessarily an interesting choice. And when you look at the complete package, those choices don’t often feel like they’re having a meaningful impact on how you play your character.

I can speak directly to this. I recently got a new head piece. The first set of traits were just not appealing. Oh well. Pick this one and hope secondary traits are more interesting. They weren’t. Personally, I’d rather be able to reforge. I felt much more control over how my armor reflected my play style doing that than selecting from two traits which won’t do much.

In 8.1, all new Azerite armor will have another ring to it. On this ring will be two spec specific traits for each spec. It is hoped having more availability of the more popular traits will make choosing traits a more interesting decision, tying the armor to the player.

Several of the traits that are considered the “best” mathematically turn out to be some of the simplest mechanically, which reinforces the sense that the system isn’t really affecting gameplay.

Trait depth can tie into the lack of agency we were just talking about. Lackluster traits can be the best if you’re maximizing numbers, but if that’s all they reflect, where’s the excitement? And, if I get a new piece, it may not be an upgrade even if the ilevel is better because the traits on the new piece aren’t useful to me.

In patch 8.1, the traits themselves are being redone. Those generic, middle of the road traits will still be there and it’s hoped they will still find utility when you want to use one armor piece across multiple specs. The spec specific options are being developed and tooled to be more interesting and more tied to the environment in which you wish to use the piece.

This effectively means that your favorite traits will be available on a lot more items, while also opening up a lot more options across the scope of all of your Azerite pieces (and thus, we hope, create more interesting decisions). 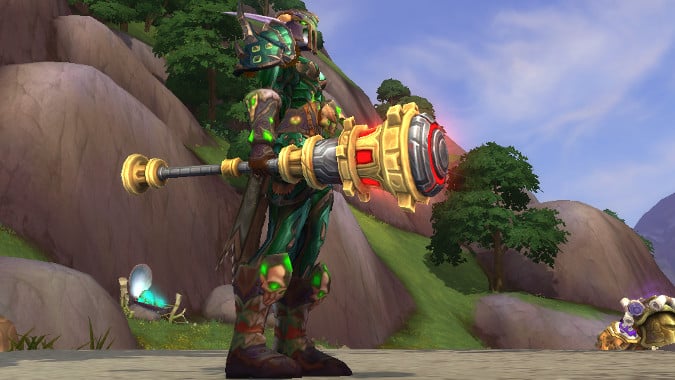 Will this make the system better?

Maybe. The imbalance of traits and the lack of interesting traits, which Matt discussed, are being addressed. We won’t get to see the fruits of the developer labors until 8.1 but we can hope all the feedback will result in better itemization and better traits. It still feels like some of you are going to be carrying around a bag of gear, simply because of that extra ring and the spec-specific traits you’ll want on those pieces. I’m not sure that’s a win for armor utilization or the community.

The best news from the post is the recognition of the lack of gear drops. It’s hard to feel any sort of ownership of this system when you can’t get gear. That this will happen before 8.1 is great.

It feels like the developers are listening to an extent. Azerite armor, as a system, is interesting, but its implementation has not been smooth or with the community in mind. I hope these changes will bring the armor more in line with what they originally conceived it would be.