The Queue: A first time for everything 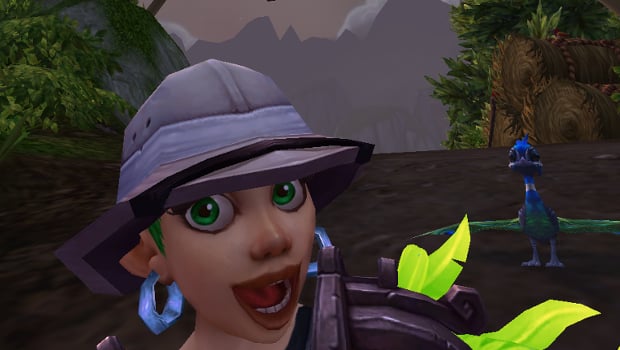 Hey! I’m Anna Bell and this the first queue I’ve ever been allowed to write. I’m being given the pleasure because half the editors are on leave, but just because it’s just me, Mitch, and Dan doesn’t mean we won’t all have fun together, right? Right. It’s all smooth sailing around here!

Let’s get to the questions!

So with the most recent PTR Update does 10/30 for 8.1 seem likely or do you think it will hold off until after Blizzcon?

I’m not going to say there’s no chance they’ll push 8.1 before BlizzCon. There’s always a chance an intern will stumble into the server room and accidentally flip the wrong switch, after all. At this point most of their focus will be on making BlizzCon go off smoothly, and having a server full of hotfixes ready to explode at any moment is directly incompatible with that goal.

However, that does make me wonder what they’ll be presenting at BlizzCon. If they start revealing 8.2 content and then turn around to hype us for 8.1 dropping the week after BlizzCon it’ll fall a bit flat.

My brother and I have been talking today about how racial abilities play into professions, and what changes could be made that would make professions more engaging, at least on a specific race that ties into that professions. So things like change the generic +5/10/15 skill racials to something unique that adds flavor. For example, BEs currently get a +10 to enchanting. I think their ability should be to get more mats from DEing items. It’s a neat perk, and fits the BE vibe of draining magic from things. What are some others that you think should be changed, and to what?

In a vacuum, I love this idea. It makes each race more unique. It’s somewhat similar to racial perks in Skyrim, which you may note is a single player game with no ability to swap mats and items from player to player.

The biggest issue with any perk like this that functions by race, class, etc, is the playerbase. As a pet battler, I’m frequently confronted by this. “Who on earth would grind a character they’ve never played before to max level and then go through the motions to max out every single artifact on that character for a pet?”

Players. Players would do that.

Offering a material benefit for having a particular race? Players would instantly reroll and resent Blizzard for giving them the option to do so.

This is why we can’t have nice things.

I wonder what they think is an appropriate difficulty for LFR? The inherent disorganization of these groups produces its own difficulty and the people in LFR aren’t in to spend a whole night on a single boss.

Personally, since the end of Warlords of Draenor I’ve been doing LFR almost exclusively. I’ve done a pug normal here & there, but with an inconsistent baby sleep schedule and no time otherwise I just didn’t find it worth the effort to do more than that. However, I’m not sure it’s worth the effort to do even that this tier.

It’s been three weeks and I still haven’t been able to kill Mythrax yet. Whenever my queue pops it’s a 4+ determination stack G’huun. On the very first night of LFR I decided to do that wing as a healer, and I was sweating by the time we killed him — at nine stacks of determination, of course. I work out for at least half an hour every morning and run around after a toddler who likes to climb whatever the heck he can for the rest of the day — trying to heal G’huun on LFR is just that stressful.

To be honest I’m way too out of touch with the raiding scene to offer up any real solutions. I’m pretty sure Ion Hazzikostas blocked either me or the phrase “gear from pet battles” on Twitter. I will say that it’s still relatively early and I haven’t lost hope — but on the other hand it’s Thursday and I haven’t queued up yet.

I’m debating pugging a normal G’huun, just to see how it measures up with voice chat and people who can explain the fight. Don’t even get me started on the egregious amount of trash before Zul.

Q4TQ: What are you dressing up as for Halloween?

I’m going to swipe the wings I made for my daughter’s Fluttershy costume from last year. She’s going as Rainbow Dash this year, and thankfully the Halloween store had everything she needed for that, but we still need to make some themed cookies for her Girl Scouts get-together. My son is 3, and when I ask him what he wants to dress up as for Halloween he just repeats back, visibly excited, “HALLOWEEN!” As a result it’s momma’s choice so his blue-eyed, blonde-haired self is going as a little baby Anduin Wrynn. You would be shocked just how difficult it is to find a plain old blue tabard — especially when a vast majority of my Google searches on the topic serve up pages of Wowhead results. Luckily, it should be easy to sew. Ugh.

I figure even if people don’t peg him as being Anduin specifically, the Alliance lion is iconic enough. All else fails, I think people’ll buy that he’s just a generic prince. He’s at that age where as long as he can squeak out a “trickertree” it’s all good.