In an expansion that deals heavily with the Loa, one is particularly conspicuous in his absence. Known by many names, this Loa has had a terrifying effect on the Zandalar Empire and the Trolls as a people. He goes by many names — the Faceless One, the Blood God, the Loa of Blood — but his most famous epithet is simply Soulflayer.

He is Hakkar, who nearly led a Troll empire into chaos and the worship of corrupted blood, and G’huun is stealing his bit.

In all seriousness the similarity between G’huun and Hakkar is something that really needs to be addressed, especially since it was an attempt to summon Hakkar that created the Blood Trolls. Why did the Blood Trolls turn to worshipping G’huun? Why hasn’t Hakkar made an appearance in Battle for Azeroth, when so many of the other Loa have? What is he waiting for?

What we know of Hakkar is extremely limited. No one knows where he came from — he’s not mentioned in any records left behind by the Titans, nor do the other Loa speak of it. We know that millennia ago, the followers of Hakkar were a threat that menaced the Zandalar and helped create the Blood Trolls, during the period of the Council of Tribes.

Roughly 1500 years ago, the Gurubashi tribe had fallen on hard times. Once one of the most dominant Troll peoples on Azeroth, the millennia of decline had pushed them into famine and despair, and in their sunken state they turned to any Loa that they felt could help them. Hakkar answered, giving the Gurubashi the same dark secrets that had helped create the Blood Trolls millennia before. Soon, civil war raged throughout Zul’Gurub and the surrounding lands as Hakkar’s chosen priests — the Atal’ai — rose to power.

Gnolls, Murlocs, and other Trolls who refused to worship Hakkar all fell before their forces. Eventually the Zandalar and the Gurubashi tribes that had not fallen under Hakkar’s sway learned that the Atal’ai intended to summon Hakkar into Azeroth in a physical form. Since this was exactly what had caused the original Plague of Corrupted Blood and nearly destroyed the Zandalari people, this was a matter of grave concern for them. 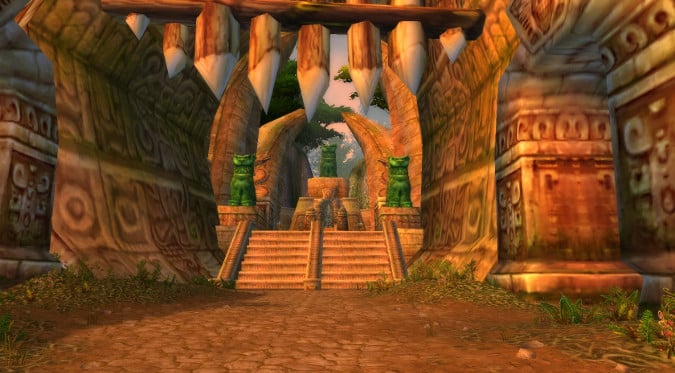 A thirst that cannot be satisfied

In addition, Hakkar was a ravenous ‘god’. His demand for sacrifices never wavered. He wanted to achieve a physical form so that he could drink blood eternally, and no amount of sacrifice seemed capable of sating his bloodlust. In time, this drove even the most hardened Gurubashi into revolt against the Atal’ai — it’s one thing to worship a being, and another to be certain you’ll end up on his altar eventually.

Aided by the Zandalar, the Gurubashi who’d turned on Hakkar attacked the Atal’ai in a battle that spelled the end to the Gurubashi’s dreams of empire. Many of the various Jungle Troll tribes in the region died to the magic of the Atal’ai before managing to destroy Hakkar’s avatar and drive the Atal’ai into open retreat. Hakkar’s wrath caused the Gurubashi to collapse in on themselves and when his remaining followers attempted to build a new temple to their dark god in the Black Morass, the entire structure was blasted into the swamp by Ysera herself out of disgust at the Soulflayer’s vile corruption.

This wasn’t the end of Hakkar, of course. He returned when his debased followers in the Temple of Atal’Hakkar finally managed to summon his avatar back to this world, using his corrupting blood on the Green Dragons who served Ysera as a small token of revenge for their interference in the Atal’ai’s plans. Thanks to some adventurers not only did Hakkar survive a raid into the Sunken Temple to destroy him, he was in fact reborn in Zul’Gurub, where the Zandalar assisted the heroes of the Horde and Alliance to defeat Hakkar after their own High Priests failed to stop him. 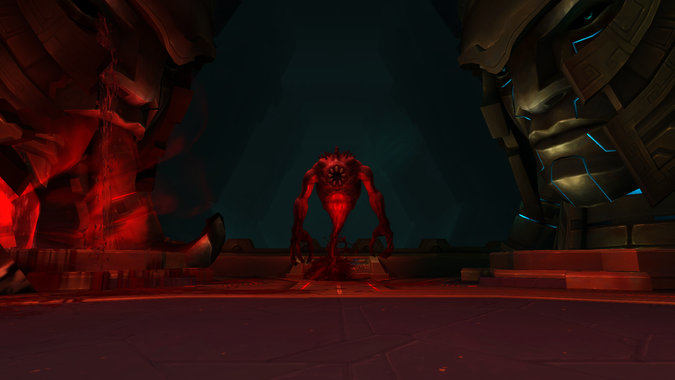 The Loa of Blood

Even after Hakkar had been defeated and his still-living heart banished, the Loa endured in Zul’Gurub — following the Cataclysm, Zandalari under the command of Zul made an alliance with Jin’do, former servant of Hakkar, and taught him the magics the Drakkari used to drain the power of their Loa. Jin’do dubbed himself the Godbreaker and set about doing the same to Hakkar, but the Soulflayer is not like other Loa. Thanks to the interference of others, Hakkar broke free from the binding magics used to confine him and utterly destroyed Jin’do for his temerity before departing, with a promise to someday return.

It’s incredibly suspicious that Hakkar hasn’t been seen since. We’ve seen remnants of his influence — the horrific entity Vectis in Uldir was created when G’huun’s blood was exposed to the Corrupted Blood plague, for example, creating an avatar of disease unlike anything the world had ever seen. But where is the originator of the Corrupted Blood plague himself? Where is Hakkar?

Hakkar is a Loa is so terrible that the Zandalari have been afraid of him for millennia. A Loa so much a threat to the world that they specifically called stopping him ‘saving the world’. A Loa so malicious that the other Loa sent High Priests to stop him, and whose thirst for blood is so great that the very act of his physical manifestation is seen as a nightmare disaster. You’d think that Loa would have some role to play in the events going on in Zandalar now, especially considering the Blood Trolls owe their very existence to him. We know that Vectis is a combination of G’huun’s blood and Hakkar’s blood plague and yet we’ve seen no sign of the original Blood God. The suspicious similarities between G’huun and Hakkar have me curious.

What are his origins?

This is made even more glaring when you consider the origin of the Fetid Devourer. The Titans experimented on the corpses of Loa. In the Fetid Devourer encounter, MOTHER states that numerous tests were conducted on the Loa to research solutions to Old God corruption. Since we know that the Loa are Wild Gods, similar to the Ancients and August Celestials, and that they were born of Azeroth rather than created by the Titans — although Titan-forged like Freya have gifted certain of the Wild Gods over the years — it’s unlikely that the Loa volunteered for this. The servitors of the Titans within Uldir almost certainly did not ask permission.

Does Hakkar bear such a similarity to G’huun — blood that corrupts, the titles Blood God and Faceless One — because he is a result of the experiments within Uldir? Rather than originate the Corrupted Blood plague, is Hakkar merely its first victim? Vectis could well be the means by which Hakkar became a plague among the Loa, and it would fit the available data. If Hakkar was trapped within Uldir as an experimental subject — perhaps on the very dais where we fight Zul, the one that leads to Mythrax’s chamber — and the attempt to summon him was what started weakening the protections on Nazmir it’s possible the Corrupted Blood plague allowed him to escape the Titan facility, and that’s why our first real mention of him is only 1500 years ago in the Gurubashi Empire.

If the Titan-Forged within Uldir created Hakkar though, one would expect there to be some records of him… unless they purged the records. Perhaps they realized they’d created a truly new thing — a Loa, born of Azeroth, but tainted with the corruption of an Old God. In many ways, such an origin for Hakkar would suit the current danger the planet finds itself in, and it would make Hakkar’s inexplicable connection with the Emerald Nightmare far more comprehensible.

For now, we don’t know where Hakkar is or what his plans are. Does he wait to reclaim the Blood Trolls and turn them into a weapon like the Atal’ai? Why does he seem so similar to G’huun? Will he return in Battle for Azeroth? Only time will tell.