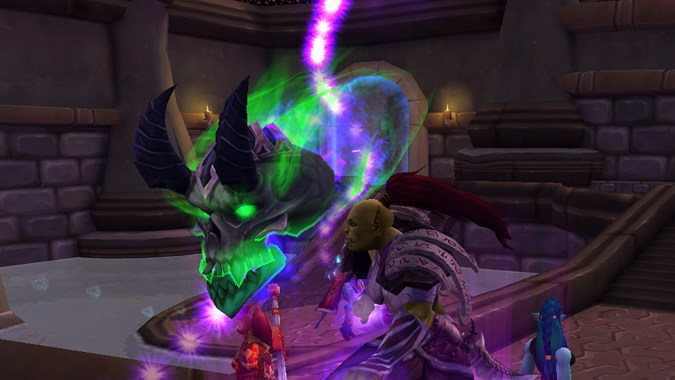 I am honestly starting to wonder about this year’s BlizzCon. I’m sure it’s going to be the usual amazing time for everyone who gets to go, and I desperately wish I were going to be there, but reading this post by Ythisens on the forums has me kind of amazed.

Originally Posted by Ythisens (Official Post)
As you all are probably aware, we’ve been hard at work on the upcoming Tides of Vengeance content update. We are very excited for this update and it is very much our immediate focus and will continue to be until after we’ve delivered it to you all. At BlizzCon you’ll be hearing us talk mainly about what comes after Tides of Vengeance. We do plan on discussing some of it, but as many of you know, BlizzCon is where we typically talk about longer term goals and plans. The feedback you all have given us about Battle for Azeroth is something we are very grateful for and we can’t wait for you to experience everything coming with Tides of Vengeance.

Did we need a post telling us that yes, there would be news about what’s coming from the World of Warcraft team past patch 8.1? Are we at that point in the game where people require a head’s up about that? Perhaps I’m cynical because I’ve watched every Virtual Ticket since the first one, but the idea that Blizzard actually needed to write a post saying we are in fact going to talk about the world’s biggest MMO at the convention that exists because of said MMO just floors me.

Part of me wonders if Blizzard did too good a job damping down the Diablo hype, to the point where nobody is expecting anything from this convention. I mean, guys, even if they don’t have a next expansion announcement for WoW (and I don’t expect one) they’ve got plenty left in the tank after 8.1, unless we’re looking at a Warlords of Draenor-sized expansion lull and I don’t think that’d going to happen. The team appears to be working at a very good pace and the Legion expansion cycle seems likely to continue forward. We still don’t have the slightest idea what’s going to happen in 8.2, what raids it may or may not contain, what’s the future for the Alliance and Horde, nothing. I think it’s fair to say there will be plenty Blizzard could share at BlizzCon.

The post also talks about heightened security at the con this year, which just makes sense and is a saddening but necessary artifact of the times we live in — metal detectors and bag checks are just what’s expected if we want to have a safe experience at a large public event, I guess. I’m glad Blizzard is taking steps to ensure the convention is safe for the thousands of attendees. I get that it might be a drag to have to go through the scrutiny, but better inconvenience than disaster. Definitely make sure to factor in the time necessary to clear the security when you head to the convention.

I definitely find myself wondering what in particular we’re going to see this time around. If Blizzard has any really big surprises for us they’ve done a magnificent job in keeping them under wraps. If there’s a new IP (Blizzard mentioned back when Mike Morhaime retired that Allen Adham is working on several new games for the company, and since then we’ve heard nothing) we don’t know about it. Posts like this one have me absolutely pondering what this BlizzCon is ultimately going to be about and what we’re going to see — something old, something new, a touch of both? I guess we’ll find out tomorrow.

Blizzard Watch is made possible by people like you.
Please consider supporting our Patreon!
Filed Under: Allen Adham, BlizzCon Hype, Hype, Ythisens
Advertisement