Everything we know about World of Warcraft’s patch 8.1: Tides of Vengeance 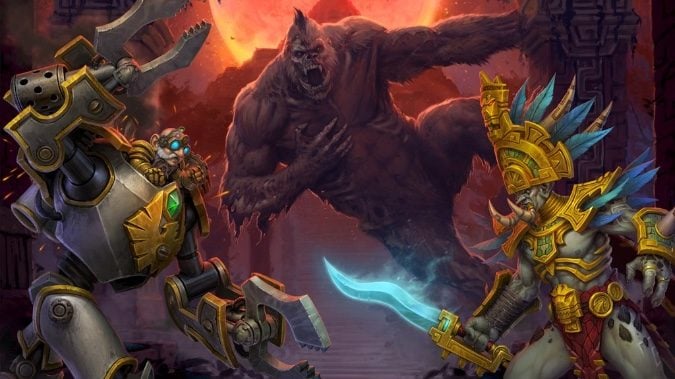 The Tides of Vengeance are coming. Your background downloader should be downloading patch 8.1 as you read this. A new raid, new Warfront, new Island Expeditions, and some quality of life improvements are in the works for the Tuesday, December 11th launch date.

Here’s what’s coming and what’s not.

The Battle for Darkshore Warfront takes the fight to the Horde

The Alliance is taking the battle to the Horde in Darkshore where the Night Elves are ready to retaliate over the burning of Teldrassil. This Warfront is also addressing some of the complaints players had about the Battle for Stormgarde. It will have more to do for each side during its cycle instead of offering all the quests to do at once and then making the player wait a week for control to change over as it currently does in Stormgarde. Instead of 11 quests being available all at once, there will be three daily quests. The cycle has also been shortened, so all players can experience the new Warfront before the holidays. (But if you still really like Stromgarde, it will still be available after Darkshore is out and your contributions to one Warfront will not affect the other so you can do both.)

There will be two phases to the Darkshore Warfront: Siege and Patrol. In Siege phase, you queue like you do for Stromgarde. You need a minimum ilevel of 320 and gear drops are ilevel 340 — but once per Warfront Siege phase, there’s a quest for a higher ilevel piece. In Patrol phase, there are new World Quests to tackle and rares to hunt — and with the opening of Darkshore, the Patrol phase in Arathi will be updated to include World Quests. With both Warfronts, these quests will rotate each day your faction holds the field.

There are themed rewards, just like in the current Warfront. In this case it’s Night Elf-themed for the Alliance side and Forsaken-themed for the Horde side. The armor and weapons will be ilevel 340 for now, but increase next year when Battle for Dazar’alor opens. There will also be new mounts, battle pets, and toys, some of which that can be purchased with the new currency — Honorbound Service Medals — earned through Warfronts. You earn one medal per World Quest and 15 medals per battle completed. A full list of what will be available for purchase can be found here.

To get you further excited, here’s the cinematic for Darkshore.

Legion Invasions are coming back as Incursions. Instead of fel demons, we’ll be facing the opposing faction invading the lands. These will take the form of new World Quests available to characters under level 120 as long one character on the account has unlocked Battle for Azeroth World Quests. This should be a great way to level alts, just like in Legion.

Gear drops for level 120s will start at 370 for completing the incursion, and once the new raid arrives, gear will scale to ilevel 400. 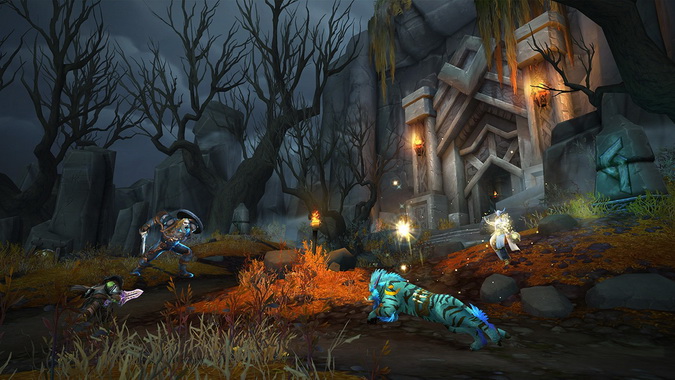 Two new Island Expeditions are going to be joining the rotation: Jorundall and Havenswood, which are Vrykul and/or Drustvar-themed, depending on how you look at it. Beyond the new expeditions, Blizzard is reworking the way rewards are handed out. You won’t have to meta-game and kill only particular mobs to earn rewards, which should make it easy to get the rewards you want.

There are also two new features being rolled out: Azerite Ruptures and Azerite Extractions. Ruptures will randomly occur and you’ll deploy an extractor, which works over time, to collect the Azerite. In doing this, you’ll draw out mobs and — eventually — a rare. This activity will be announced zone-wide so you’ll need to fight the other faction in addition to the summoned mobs.

On top of that, a new Dubloon vendor is being added in the faction cities near the Expeditions table. They will sell themed items in exchange for Seafaring Dubloons such as octopus pets, nautical hats, underwater seahorse mounts, reputation tokens, and more. 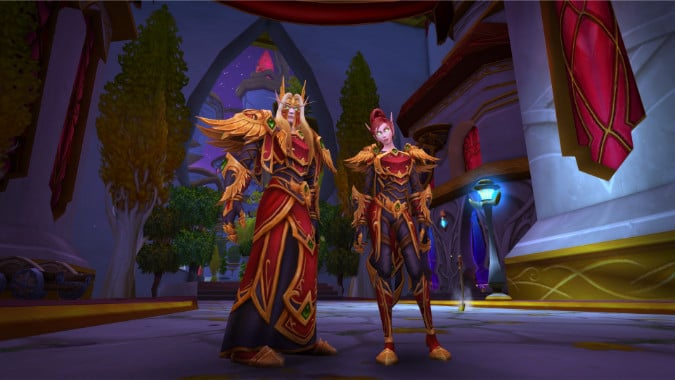 Classic races are getting their own Heritage Armor

Blood Elves and Dwarves will see their new Heritage Armor sets with the patch. You need to be level 120 and exalted with your faction to get the quests to obtain the armor, which will give you more information on the lore of your people.

You’ll pick up the quest at the embassy in either Orgrimmar or Stormwind.

Pet battlers have reason to rejoice with the arrival of a new dungeon. A new quest obtained from Radek Fuselock in Dazar’alor or Tizzy Gearjolt in Boralus starts you on the path to Gnomeregon, and each week a new stage of the quest will be available. Completing each stage awards the Pristine Gizmo currency, which can be used to purchase battle pets.

All you need to get started is one level 25 battle pet, and if you have 15 level 25 pets, you can take on the Challenge mode of the dungeon. 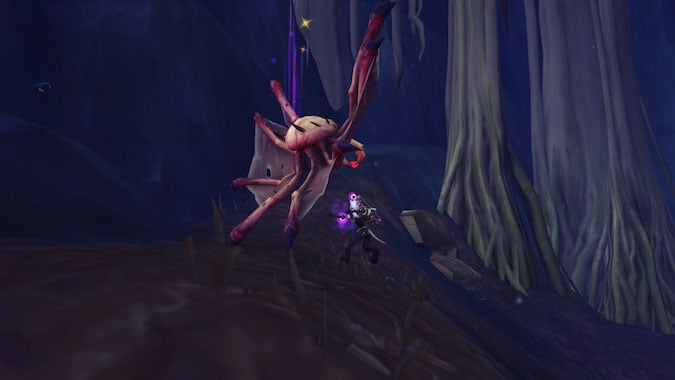 Get ready Hunters, because you’ll be able to tame crawgs and blood ticks. You need to buy a book and then you can head into the wilds and get your pet. If you aren’t interested in crawgs and ticks, 14 other pet families are getting new tameable skins and three pet families which were the wrong model will be corrected in 8.1.

But all of this pales in comparison to the best pet news: Karkin gets his skin back.

Certain reputations elements will become account-wide, which will be handy for players with a lot of alts. All characters on your account will get the Champions of Azeroth item level increase for your Heart of Azeroth, which could add as many 45 ilevels to your neck. Gear that requires reputation will also no longer require the reputation use it for transmog. More importantly, for the achievement hunters, the achievement to be Exalted in 100 reputations will now progress based on all characters on your account. Though reputations that have equivalents on the opposite faction will only count once.

And if you’re looking for more reasons to grind reputation, Battle for Azeroth reputations will gain Paragon rewards. So if you are exalted, additional rep gains will result in a new battle pet or toy depending on the faction.

Speaking of alts, experience needed to level has been reduced throughout Azeroth and beyond. Depending on the expansion, leveling costs have been reduced up to 40%. Even Battle for Azeroth is seeing a reduction in the experience needed to progress, although it’s minor, ranging from 0.03 to 0.05%. This will be good news for those of you without boosts who want a stable of alts at 120.

It’s also worth a note that War Mode Call to Arms will become available. If you leveled via War Mode, you’ll now get from 10 to 30% additional experience bonus when you play an unbalanced faction. Mostly, this is Alliance, but on some servers, this could be Horde.

First of all, the Battle for Dazar’alor raid is not opening next week. Though this new raid is in the patch files, it won’t open until after the holidays. Right now, all eyes are on January 22nd as the rumored date for the raid’s opening. With the improved availability of armor, you should be ready to head into Dazar’alor when it opens. However, Azerite Armor improvements, including the addition of the fith ring, will have to wait until the raid opens.

The new allied races, Kul Tiran and Zandalari? The roller coaster at the Darkmoon Faire? Return of the Brawlers Guild and new micro holidays? Those are coming in patch 8.1.5.

Finally, if you are looking for more information about the new underwater raid, the land mass of Nazjatar, and the implementation of flying in Battle for Azeroth, check out our round up of Patch 8.2 features.

Blizzard Watch is made possible by people like you.
Please consider supporting our Patreon!
Filed Under: Azerite Armor, Battle For Darkshore Warfront, Battle For Dazar’alor, Champions Of Azeroth, Incursions, Island Expeditions, Patch 8.1
Advertisement