One of the longstanding and controversial principles of WoW has been the inability to talk to the other faction. There have been a few exceptions over the years, but for the most part, the other side has been alien and unknowable. We could murder each other or we could work together to take on mutual threats, but we couldn’t outright threaten the other faction, insult them, or ask them how their day was, except through gestures.

In last Friday’s Q&A with Ion and Josh, they revealed an item that will allow players to opt in to cross-faction communication, with the uncomfortably sensual name “Elixir of Tongues.” The item was hotfixed into the game later that evening.

It’s another one of a long list of policies that Blizzard has changed their mind on over the years. Like most of those changes, this one, I believe, makes the game better. Players have been asking for this feature since beta, and it’s finally, finally here. Why did players want this all the way back when? Let me tell you a story. 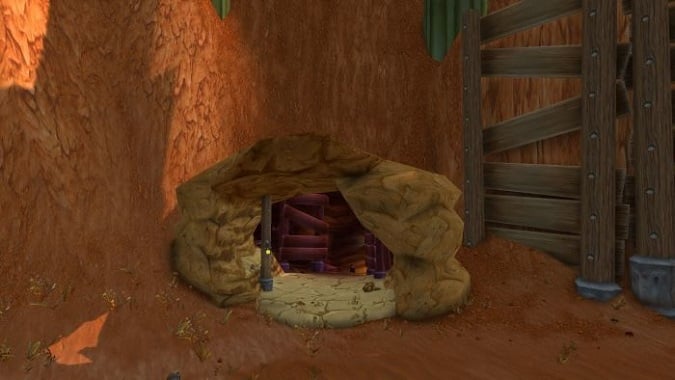 That’s not a mushroom

This is one of my favorite moments from Classic WoW. I might have written about it years ago in an Officers’ Quarters column, so forgive me if you’ve heard it before.

In the winter of 2004, my friend and I were leveling our first characters on Khadgar-US, a PVE realm. I was playing a Tauren Hunter and he a Tauren Shaman. We were questing in the Badlands around level 35, which was on the low end for that zone at that time. The cave to Uldaman had a couple of quests for Horde players. One of them was to gather mushrooms (or something like that). My friend went to click on a quest item to gather it, and then something happened.

You see, the mushroom was right behind an Alliance questgiver. Instead of right-clicking the mushroom, my friend accidentally right-clicked the NPC. Back then, there was no protection against flagging. If you so much as looked at an enemy NPC wrong, you were flagged, even if you weren’t directly targeting them. If you so much as looked at a friendly PC who was flagged — by buffing, healing, anything — you were flagged. So of course my friend was now flagged for PVP, and the NPC was aggro’d.

I didn’t realize what was happening. I just saw my friend fighting a red mob, so I started shooting the guy. And then I killed him. And now we were both flagged. And when that NPC died, the Alliance got a zone-wide message that the area we were questing in was under attack by the Horde. Oops.

We continued questing there, perhaps a bit naively. The game was new enough that we thought maybe there weren’t that many people in the zone. Maybe they wouldn’t know where we were. Maybe we could go about our business and de-flag after five minutes. 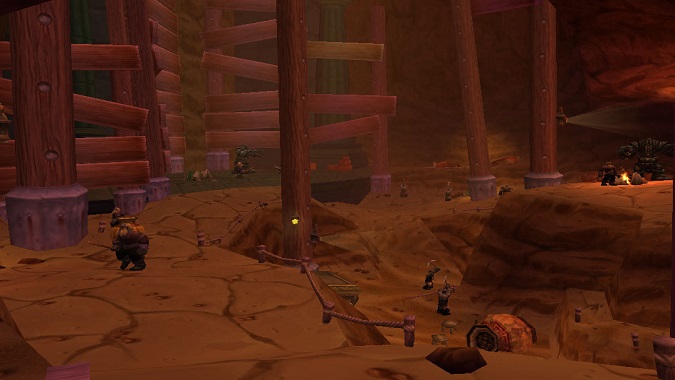 We were wrong. After about a minute, two Alliance showed up. Now here’s the part where I wished we could have talked things out. When we saw those guys, we could have whispered them, “Hey, sorry about your questgiver. We clicked him by accident!” Then they could have replied with a quick “np.” We could have hugged it out, and everyone could have gone about their business.

I mean, it’s possible. More likely they would have ignored us and attacked anyway. But cross-faction apologies weren’t part of the game then, so we’ll never know. Chalk it up to a lesson in how language differences have been a barrier to peace throughout world history. In any event, two intrepid Alliance soldiers saw two Horde savages who had just slaughtered an innocent person for no apparent reason.

We weren’t brand new to world PVP at that point. It was far more common back then than it is today for players to kill NPCs of the other faction just for fun, even on PVE realms. We never tried to provoke these things, because Horde players were heavily outnumbered on Khadgar. But sometimes we would jump in if we saw a battle happening (and, most often, we would lose).

So we had some experience with it, which came in handy. In the pre-Arena era, this was as close as you could get to a pure 2v2. One of the Alliance players was around our level and one was a few levels higher. We focus-fired the same-level one first. When he went down, my friend tossed some heals out. Then it was two against one. We CC’d the guy as much as we could and eventually won the skirmish. 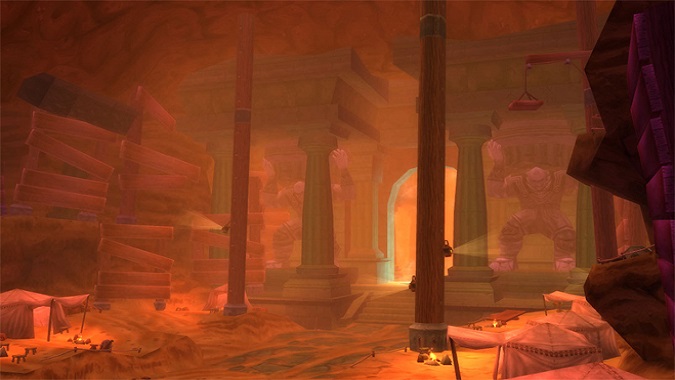 The gang goes to the Badlands

At that point, if communication were enabled, it would have been a good time for some old-fashioned smack talk. Or maybe an “I told you, we don’t want any trouble. Let us be.” But we couldn’t say that with a few gestures.

We thought that would be the end of it. We were still flagged, but we were hoping (naively, again) that the two Alliance players would move on. They didn’t. They brought friends. A lot of friends.

I’m not sure to this day if they had a bunch of guildmates on call or just rallied some people from the zone, because I didn’t have time to look at guild tags. Either way, they came back at us with a posse of about a dozen players. I’ll never forget the sight of this angry mob rounding the corner and heading straight for us.

My friend and I weren’t even on voice chat. I had to give the warning the old-fashioned way, by typing it. “Incoming,” I wrote.

“Screwed,” he wrote back.

And then I had an idea. Off to our left was a swirling blue cloud of perfect safety. “Portal,” I wrote.

I dropped a Frost Trap and we made a run for it. The Alliance swarm threw everything they had at us, but because of the trap, only their ranged DPS could hit us. We had just a sliver of health left when we crossed the threshold, but we made it.

We stood there in Uldaman looking at each other, in complete wonderment that we had survived. 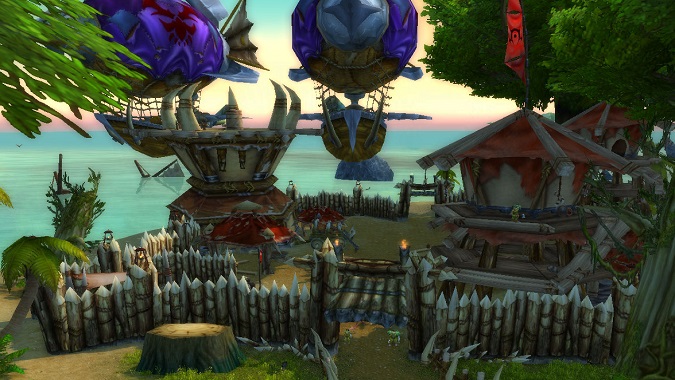 Encounters with the other faction were rarely cooperative in Classic. Every mob was tagged per player/party, so there was definitely no teaming up to take down difficult enemies in the open world. Usually it was exactly the opposite. When a raid was trying to kill a world boss, the other faction was doing everything in their power to stop them and steal the kill for themselves, since those things spawned on a very long timer.

While we couldn’t talk to the other faction, there was one word in their language that we knew quite well: bur. Any time an Alliance player typed out “lol” in /say, it came out as “bur.” The Alliance liked to raid our low-level cities, especially quest hubs like Crossroads, Tarren Mill, and Grom’gol, so I heard that word a lot. On a PVE realm, I could opt out of fighting them, but I couldn’t opt out of standing there as they killed all our questgivers and then said bur.

I’m not sure if it would have been better or worse in those moments. All we could have done is begged them for mercy and let us turn in our quests. I have a feeling their only response would have been three letters.

Breaking the cycle of hatred

Overall, I think the communication barrier was right for the game when it launched. It definitely helped to spur and reinforce the rancor between the factions over the years. The Alliance were just as strange to us as we were to them, and we had no reason to attempt to understand them. All that mattered was that they were the enemy, so we had to thwart them at every turn.

Even after all this time, it still doesn’t feel right to me playing as the Alliance on alts. It’s been ten years or more since the Alliance prevented me from turning in a quest, and fourteen since that day outside of Uldaman. I’m not sure I’ll ever quite get over it.

It’s kind of ironic that Blizzard chose Battle for Azeroth, the one expansion ever in WoW to focus primarily on faction conflict, to release the Elixir. There were some other factors behind this timing that I won’t get into, but I do wonder if this is hinting at a possible future direction for the game.

Does the Elixir portend a WoW without hatred, where cross-faction grouping — possibly even cross-faction guilds — will be possible? Is BFA merely the final world-destroying conflict that will convince both sides that working together for a lasting peace is better than tearing everything down? It’s an exciting thought! And, admittedly, part of me hopes this is the case, because if the Alliance gets Sethrak as an Allied Race, I’m going to be very tempted to roll one…