You won’t get Classic WoW rewards in retail WoW, and that’s the way it should be 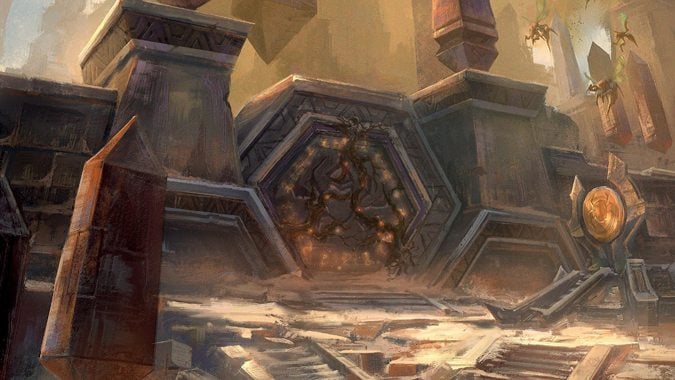 This post was originally published for our supporters, but now it’s available for everyone. Enjoy!

I like to think I got a lot accomplished back in vanilla WoW. I was in a top-end raid guild during the days of Molten Core and Blackwing Lair. I witnessed (and subsequently disconnected from) the opening of the Gates of Ahn’Qiraj, after months of effort. I went out of my way to do pretty much every quest available in the game, and even went on a hunt for quests that nobody had discovered yet — I didn’t find any, but it didn’t stop me from looking.

Despite it all, there are still things I’m missing today. Gear that would be perfect for transmog sets isn’t actually available anymore. I never got my hands on that elusive tiger mount from Zul’Gurub. Heck, I didn’t manage to get any of the original epic mounts before they were replaced by armored models.

But what if I had a chance to go back and get everything I missed?

Could Classic WoW be a second chance to collect uncollectable items?

The announcement that WoW Classic would actually be a thing brought about an expected wave of nostalgia, but some are also hoping it brings back those lost items. I’m not the only person that missed out on Classic items. Plenty of other people did as well, and now they’re clinging to hope that rewards earned in Classic could transfer to the current game. Maybe armor models you earn in Classic could be added to your current wardrobe. Or mounts that you pick up could be added to your mount tab. Maybe playing Classic could bring all of those vanilla-era rewards into Battle for Azeroth.

This wistful line of thinking has been turned down time and time again, but it doesn’t seem to stop people from hoping. Yet another thread on the subject popped up recently, and was given the same answer we’ve been given all along:

Like it was stated at BlizzCon there will be no crossover in rewards between Retail WoW and Classic WoW. I don’t think there is any need to change that stance but I appreciate the post OP.

I think its fair to ask for an opportunity to earn those rewards again however I don’t think it should come at the cost of diminishing the rewards that players earned years ago and cherish. I think the opportunity to earn and have them exclusively on Classic is fair because its staying on Classic itself. I think any more crossover than that could be damaging and lessen the value or prestige of those rewards.

It’s a pretty solid philosophy at the moment that there will be zero crossover of rewards.

There are technical limitations, too

Look, there’s a pretty good point that’s being made here — rewards earned in Classic should remain in Classic because adding them to the retail game devalues the effort put in to obtain them. But beyond that, there are technical limitations in play that aren’t being mentioned. At BlizzCon, the developers went over exactly how they were bringing Classic to life, which involved taking databases and art assets from the original game and feeding that into the current WoW client.

Those original databases didn’t include the Wardrobe — they didn’t include transmog at all. They didn’t include the pet and mount collection tabs or anything that made items available across characters. There were no “account-bound” items. None of this existed back then, which means none of it exists in the Classic build Blizzard is working with right now. It’s impossible to have items you earn in Classic count towards the current retail game, because the technology to make that happen simply doesn’t exist on Classic servers.

Could they add this framework to the Classic servers? Probably. Are they going to? Absolutely not. 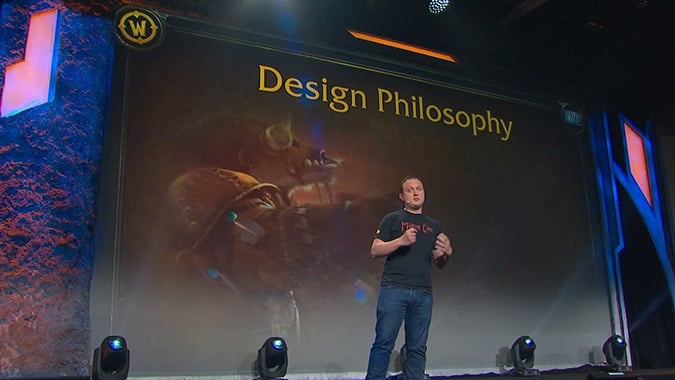 If we look beyond the potential to devalue rewards and if we look beyond technical limitations, eventually we’ll get to the core reason people were begging for Classic to begin with: they wanted the old WoW back. And that’s what Blizzard is concentrating on delivering — the original experience, presented just as it was back in 2004. A game that is admittedly rough around the edges by today’s standards, but was embraced as near-perfection when it was released, earning more players in the first 48 hours than Blizzard expected they’d get in their first year of operation.

To say that WoW blew away all expectations back then is a gross understatement — it redefined just what an MMO was capable of.

Since then, WoW has grown, evolved, changed, and today it bears only a passing resemblance to the game it was in 2004 — some say for the better, some say for the worse.  The people that wanted WoW Classic are the people who loved that original title, who missed it with all their hearts, and just wanted to sit down and play it again. They don’t want to play a souped-up version of the original game because we have that already.

WoW Classic is meant to be a trip back in time

They wanted to go back to that day in 2004 or 2005 when they made their first character and struck out to adventure across the world of Azeroth for the very first time. It was a tough grind, it was a tough game, although admittedly easier than Everquest’s more punishing leveling system. But people loved it regardless, and continue to love it to this day.

Classic isn’t being made because Blizzard wanted something that could work with the existing retail game. Any crossover with the current retail version would essentially be cross-contamination — if that were put into place, the game wouldn’t be the game we played in 2004.

Instead, Classic is being made as a perfectly preserved — or as perfect as Blizzard can manage — encapsulation of the original leveling experience. An isolated snowglobe of an MMO, lovingly recreated for the players who miss those old days, and just want to take a journey back again. And although I only had a small amount of time to play around on the Classic demo, it was immediately apparent that Blizzard had accomplished exactly that. Maybe you want to go back there and maybe you don’t. If you don’t, that’s perfectly okay — Battle for Azeroth is here for you to play around in, with modern systems and account-bound features and a much more convenient playing experience.

Sometimes I look at the Scepter of the Shifting Sands I still have in my bank — a reminder of what I never managed to accomplish. Maybe it would be nice to have that Black Qiraji Battle Tank, but if I got it now, it wouldn’t feel right. I wouldn’t have earned it. As far as I’m concerned, that opportunity slipped out of my fingers when the Scarab Wall opened, and an entire community marveled at the sight of thousands of bugs swarming from the Gates of Ahn’Qiraj only to be stifled to silence when the servers started to repeatedly stall out. It wasn’t a perfect experience, but it was an experience, a story I’ll never forget.

That was Classic in a nutshell — a series of crazy stories and friends that I’ll never forget. And that’s enough for me.

Blizzard Watch is made possible by people like you.
Please consider supporting our Patreon!
Filed Under: Account-bound Items, Battle For Azeroth, Classic Rewards, Supporter Only Posts, Wardrobe, WoW Classic
Advertisement