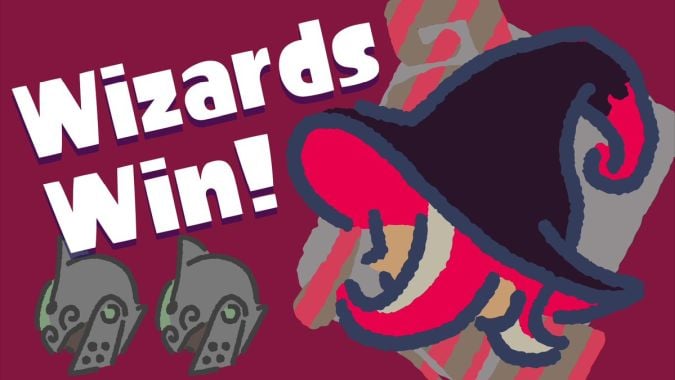 LOTHARFOX IS ALL ABOUT THAT LOA:

Important Question: I made my Zandalari druid, Arakkloa. The idea being she is one of Talanji’s priestesses, and embodies the different loa, taking on shapes or using their abilities. She can be an arakkoa (I guess that’s some type of loa), a raptor (Gonk), a pterodactyl (Pa’ku), a shark (Gral), and I bought a green frog mount for her to ride, representing Krag’wa.

What Zandalar loa am I missing, that a pet (not a hunter pet, the non-combat pet battle type) can be used to represent?

Real quick, I just want to clarify: You’re not actually turning into an Arakkoa. I… don’t actually know what you are, but it’s just using the Arakkoa skeleton. Anyhow, you can represent Torcali using any of the Zandalari Direhorn baby pets! Torcali is “the mountain that moves” — she’s a giant Direhorn that has no temple of worship, but is instead all around. You can see a giant Direhorn during the Zandalari recruitment scenario. That’s Torcali. Pretty cool stuff.

Q4tQ: Because Husskies isn’t brave enough to ask the question, I will: what would it take for Anduin to go full Anakin? I keep trying to come up with a scenario, but there doesn’t seem to be one. His parents are already dead. He’s nominally single and has no kids. He might get mad if Stormwind got sacked/destroyed, but it wouldn’t be the first time that happened. Ignoring the possibility of events transpiring over decades that slowly turn him, what could make him embrace the dark side?

Y’know, as much as I really want Anduin to have an “emo phase” wherein he goes all Shadow Priest on everyone, I honestly can’t see it happening. It’s just not within his character. That said, he is 18, so if Blizzard wanted to write a hamfisted love story that causes his heart to break, it WOULD be within normal 18-year-old emotions to have that kind of heartbreak change him.

Really, the only thing I can see making him embrace Shadow while remaining true to his character would be if he needed to study Shadow/the Void to become a better Priest overall. I mean, it may get ignored in basically everything, but a whole Priest is made up of Light and Shadow. I can see Anduin studying under Alleria’s tutelage and getting exposed to dangerous magic in the process — but even then, I doubt he’d fully succumb/”go full Anakin” so much as I think he’d have a “Whoa, this stuff can be destructive” moment.

No, but that’s because I’ve always enjoyed PVP. It would have been hard to make me enjoy it more because I’ve always found it pretty enjoyable. However, I will say War Mode has reinvigorated world PVP in a way that it hadn’t felt in a while. So while I enjoy it as much as I always have, I’m finding world PVP occur more frequently, which in turn means I’m enjoying PVP more often as a side effect.

JDMAC, I THINK BLIZZARD HAS SOMETHING ELSE IN MIND:

Question for the Queue: After watching the in-game cinematics for 8.1.5 I have a feeling of foreshadowed deja-vu. Will Baine Bloodhoof be pressed into a “Mak’gora” for the ultimate fate of the Horde like his father?
And what of Varok Saurfang? Will we all travel to Gadgetzan to see Nathanos and Varok fight in the Thunderdome? ‘Two Horde enter … one Horde leave.’

I feel like I’m saying this almost every Queue, but I think there’s more in store for the Horde (and maybe factions as a whole) at the end of this expansion than simply swapping Warchiefs and guiding principles. Regarding the characters you named… Saurfang is totally going to die in this expansion. I don’t think Baine would challenge using Mak’gora, but even if he did, I’m not sure Sylvanas would play along. Nathanos… I’m still working on what I think will happen to him. I think he may die, too. I hope not, but I think it could happen.

MISTAH JAY PITS A PERSON AGAINST… A ZONE?

…What, like… the whole zone? I’ma give this one to Soulare. Especially because of the “Andorhal” part. I love Andorhal.

ENO, I DON’T KNOW ENOUGH TO ANSWER THIS:

QftQ: Who was the best Doctor Who in looking angry?

Sadly, I’ve only enough knowledge to judge based on NuWho, and in that case, Peter Capaldi wins bar none. He was such a fantastic Doctor, and his first appearance was literally just of his eyes, looking angry.

And WOW, did he nail it.

VAI TANIS WANTS ME TO PREDICT:

Who do you think will be Warchief at the end of BfA? Personally I think it’s going to be a toss up between a redeemed Lightforged Undead Sylvanas or Vol’jin the Loa, setting up the Warchief for the next few, hopefully faction conflict free, expansions.

So this ties into what I said above, but let’s assume for a moment that factions DON’T go through a massive change. Let’s assume we just go back to a relatively normal faction split. I think if that were to happen, the right move would be the not have a Warchief anymore, nor a King for the Alliance. Both sides are following outdated systems, reliant on smaller racial pools and different mindsets. Having a council of representatives that vote on decisions — and could potentially even have moderators that work both sides — would be smarter.

And if that doesn’t happen, Baine.

BEDEFIANT, I’M SORRY — I KNOW HOW ROUGH THIS CAN BE:

Just learned my guild is moving servers. This guild is basically the 3rd iteration of a guild I’ve been with for more than 10 years. I’m devastated… All because the raid team wants to push for Mythic raiding since recruitment is abysmal on our current server… How do I handle this? I’m sad :-(

For starters, I’m assuming you’re not moving with them for financial reasons? If that’s the case, I don’t think it would hurt to ask them to pool some gold and help out a long-time friend with some BattleNet Bucks. After all, for a couple hundred thousand, you could easily afford the server transfer.

Barring that, cross-realm play is huge now, and communities mean you can effectively have a guild without being on the same server. You don’t have to leave your guild behind, even if you can’t join them on their new server. There are *so* many ways to keep in touch — you’d literally only be limited in joining them in Mythic raids. And that’s only until 100 guilds of your faction have cleared the last boss on Mythic.

And in the event all of the above fails, it sucks — but you will find new friends, a new family. I’ve gone through a couple major guild shifts, leaving old friends behind for one reason or another. It doesn’t make them any less my friends than they were before, nor does it make the new friends I have feel less meaningful just because they’re newer.

Don’t be sad, friend <3 There’s plenty of opportunity out there for new and old experiences alike.

That’s all for today! I hope you agree with my decision to support Team Wizard. If you don’t, you’re wrong — and you should spend all the comments arguing about that!