What would Seasonal play look like in World of Warcraft? Why would (or wouldn’t) it be perfect for WoW? 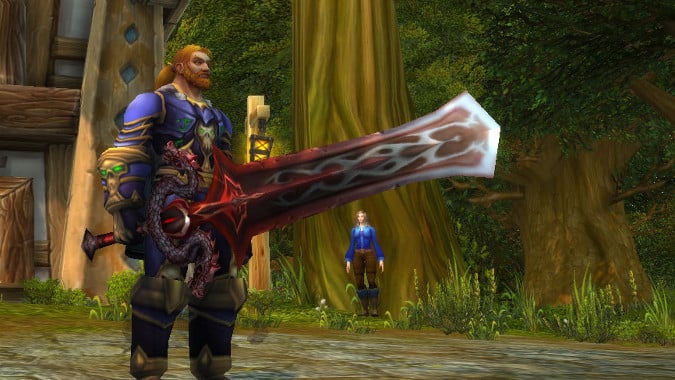 I think about this fairly constantly, and I’m pretty sure the answer is no, but I do like to hear from other people — if Blizzard brought aspects of Diablo 3‘s Seasons into World of Warcraft, would that work? Moreover, how would it work? Would people enjoy leveling yet another alt to 120 if they were doing so as part of a Season where they could get special cosmetic rewards and maybe even access to Seasonal powers or special qualities for doing do? Like, if Battle for Azeroth had a Season of the Questor, where you got double the rewards from completing an emissary, or perhaps even Season of the Combatant where you could do special PVP oriented World Quests for extra Honor and maybe even old PVP sets as rewards?

I can’t actually think of any downsides to this idea, but that just leaves me more convinced there are a ton of them that I’m not thinking of at the moment. So I figured, why not ask the comment section? I mean, I could sit here thinking up new Season ideas for World of Warcraft all day — how about a Season that gives every Seasonal character extra chances on random loot rolls? Or a Season that reduces the cooldown on every Seasonal character’s Hearthstone, or lets them have extra resets on old content for purposes of transmog farming? A bonus on reputation from quests?

So go ahead and speculate — why would this be amazing or terrible? What kind of Seasonal perks would work best in a fully multiplayer game like World of Warcraft? Perhaps Season of the Explorer giving all Seasonal characters a flat 40% XP bonus during the Season, making it much faster to level your Allied Race alt? Season of the Wardrobe, where you could get special cosmetic transmog options for every class you level? Explain to me how this is a bad idea, because I’m sure it must be… but I can’t figure out how.

Blizzard Watch is made possible by people like you.
Please consider supporting our Patreon!
Filed Under: Season Play
Advertisement