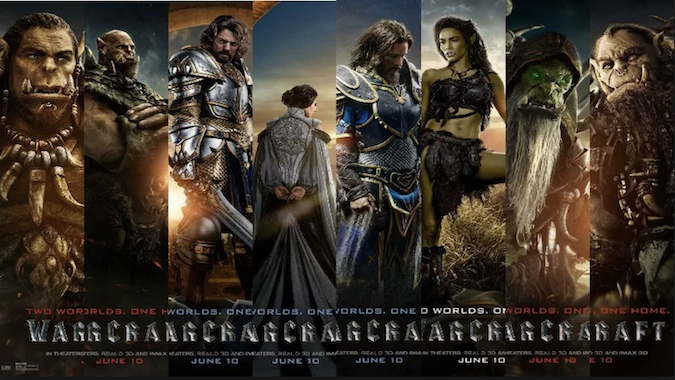 On June 10, 2016, the Warcraft movie premiered. Directed by Duncan Jones, it was a visually stunning adaptation of the beginnings of the game. I remember sitting in the theater marveling at all the CGI, the sets, and the action, bringing this game I’d been playing for years to life. The movie grossed $433 million. At the time, the Hollywood Reporter said the film needed to make $450 million to break even. China propped up the box office receipts, as a mere $47.4 million was domestic. Raise your hand if you saw it in the theater more than once. The video sales added another $17 million to the total and raise your hand if you added that to your collection.

There are any number of reasons the movie didn’t do well. You can type “Warcraft Movie Reviews” into your search engine and find pages upon pages of reviews. Video games are exceptionally hard to turn into movies — even one with a rich lore such as World of Warcraft has — and make it successful. Box Office Mojo ranks the Warcraft movie #14 on its list of games-to-movies gross receipts.

There are things a movie must have to be successful and when lore is available for all to read, it’s tough to tell the story in a way that makes it exciting. The goal was to explain the story behind the game. Let us go back to the beginning. That’s okay — and for those of us who arrived at the game with World of Warcraft, it was great — but the average moviegoer was left a bit perplexed. Sword and sorcery movies — LOTR notwithstanding — don’t do that well at the box office anyway and Warcraft suffered from that as well as a murky plot. I would still recommend a WoW player watch it. That point in the movie where King Wrynn dashes — barefoot — through broken glass, leaps through a tower window, and lands on his gryphon is still fun to watch — and I want to do that in-game.

Why hasn’t there been another movie? It’s clear there isn’t the market for it — particularly in the US. What story is there to tell to the world outside of the game? I would say the wizards in the video department — Terran Gregory, et.al. — create far more interesting movies and cut scenes. I still can’t watch the Jaina Proudmoore Warbringer short without goosebumps. That’s storytelling. I remember reading a note somewhere suggesting the next movie come from inside Blizzard — just give the video department all the money they need to make the next one.

So, in honor of the third anniversary of the movie, let’s play “What if?” What if another Warcraft movie could be made. Is there a story they can tell? If so, what would it have to tell to get you into the theater? Should they pick up where they left off? Should it be something new? We all want to know where the story we’re currently playing is headed. I’m thinking that’s more interesting than going backwards. What do you think?

Blizzard Watch is made possible by people like you.
Please consider supporting our Patreon!
Filed Under: 3 Year Anniversary, Breakfast Topic, Warcraft-Movie
Advertisement