If you’re interested in WoW Classic you may be wondering what the game was about in those days. Who were the heroes, who were the villains, what was going on? And we’re here to help.

First, before anything else, watch this.


It’s been fifteen years since I saw that trailer and it still hits me right in the gut. It does an excellent job of setting up exactly what’s going on — four years after the destruction of Archimonde atop the slopes of Mount Hyjal thanks to the ragtag band of Orcs, Tauren, Night Elves and Humans who stood against him long enough to allow Malfurion Stormrage to blow up something — his default solution to any crisis involving the Legion, in this case the World Tree Nordrassil — the groups that once stood shoulder to shoulder have grown quarrelsome again. 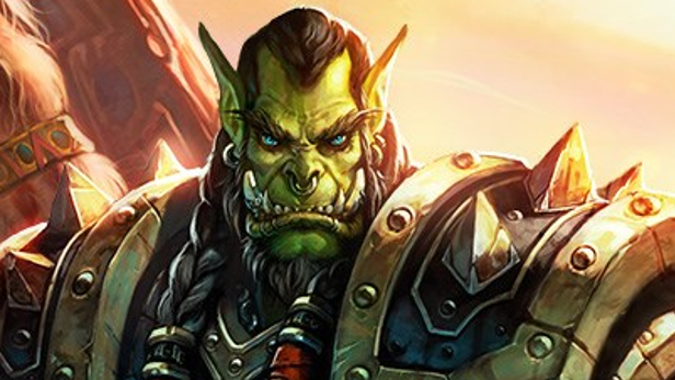 Under the leadership of their young Warchief Thrall, the Orcs have regained a sense of purpose. Their role in the victory atop Hyjal and the sacrifice of Grommash Hellscream has given them a new lease on life. Hellscream’s death in particular — striking down the Pit Fiend Mannoroth whose blood Hellscream was the first to drink in the pact between the Orcs and the Legion — has allowed them to regain their sense of pride, and they’ve settled in the harsh lands they’ve named Durotar on the edge of Kalimdor.

Joined with them are the Darkspear Trolls that they aided against a Naga Sea Witch on their trip from the Eastern Kingdoms; the Tauren, newly established in Mulgore, who allied with the Orcs after they were saved from a long slow extermination at the hooves of the marauding Centaur bands and their dishonorable hit and fade tactics; and the Forsaken, the undead residents of the Plaguelands, once the great Kingdom of Lordaeron that were betrayed and slaughtered by their own Prince as part of the plot that brought the Legion back to Azeroth.

This new Horde stands as a faction of those outcast from their homes or their former lives, banding together in the face of a hostile world.

At this point in the story, the Alliance is wholly different from the group that called itself that in Warcraft 1 or 2.

Of the original Human kingdoms, only Stormwind remains — the others are either destroyed or have retreated from the world behind walls of stone or raw magical power, leaving the Humans of Stormwind as the sole representatives of their people. Joining with them are their old allies the Bronzebeard Dwarves of Khaz Modan who stood with them against the Horde invasion that drove them out of their home city and slaughtered their King years earlier. The Gnomes, dealing with their own people’s diaspora from Gnomeregan, join this Alliance as well, putting their considerable technological skills to work. To everyone’s surprise the newly discovered Night Elves from Kalimdor ally with the Humans of Theramore, an outpost led by Lady Jaina Proudmoore. This is in part due to the role of Grommash Hellscream in the death of their friend and patron, the Demigod Cenarius, and the continuing Orcish encroachment onto Night Elf lands. 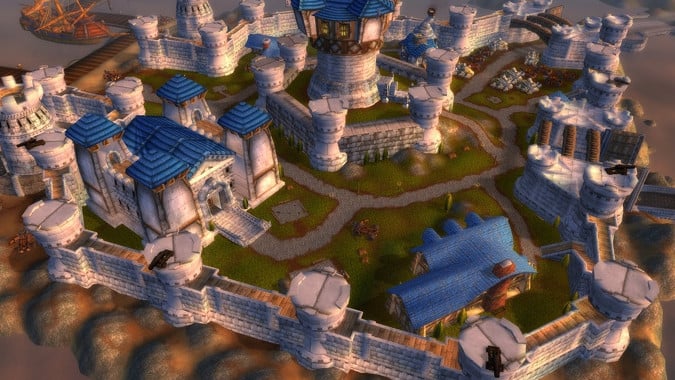 We just can’t be friends

Over the past four years, events such as the Founding of Durotar and the attempt by Illidan Stormrage to use a powerful magical relic called the Eye of Sargeras to destroy the Lich King have caused these factions to eye one another with suspicion. While Lady Jaina and Warchief Thrall have attempted to negotiate some form of peace between them, the disappearance of King Varian Wrynn on his way to a summit with the Horde’s leadership has thrown Stormwind into chaos. The King’s young son, Anduin, is nominally viewed as the leader of the Alliance city, with his guardians Lord Bolvar Fordragon and Lady Katrana Prestor holding the reins of power in Varian’s stead. But this has done little to curb Stormwind’s woes, for neglect and outright rebellion from a group called the Defias Brotherhood have left Stormwind in disarray and the Alliance without one of its strongest members.

Meanwhile, the Horde has its own problems — between the machinations of Queen Sylvanas Windrunner of the Forsaken and the Tauren leader Magatha Grimtotem, there are undercurrents of rebellion and the Warlocks of the Burning Blade who dwell in Orgrimmar’s depths and infiltrate the Horde from within seek to make use of them to bring the Legion back to Azeroth. Thrall has to negotiate these currents, which goes against his forthright nature, and he entrusts his friends and allies Vol’jin of the Darkspear Trolls and Cairne Bloodhoof of the Tauren to aid him in this. While they are good friends and allies to him, neither of them are particularly gifted politically, and the Horde seethes with quarrels and rivalries for its internal enemies to exploit. 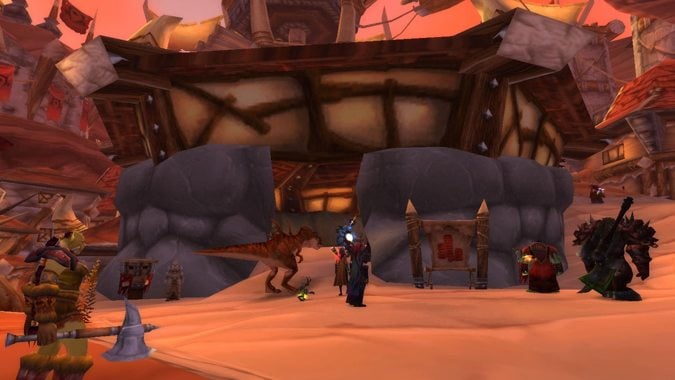 Seriously, we just can’t seem to get along

Then consider the anger of the Night Elves over the Orcish role in Cenarius’ death, the burning and harvesting of their forests, and the recent loss of Malfurion Stormrage. In Malfurion’s absence Archdruid Fandral Staghelm has risen to lead the Cenarion Circle — and argue against the leadership of High Priestess Tyrande Whisperwind — going so far as to create a new world tree, Teldrassil. This is an act Malfurion had expressly opposed and which has created the city of Darnassus, the first new city in countless thousands of years for the Night Elves.

Allied against Thrall’s Horde, the Night Elves are an uneasy partner with Jaina Proudmoore’s Theramore, a city that endured a Horde invasion during the period after the Legion’s fall and eyes the Horde warily from their island city. 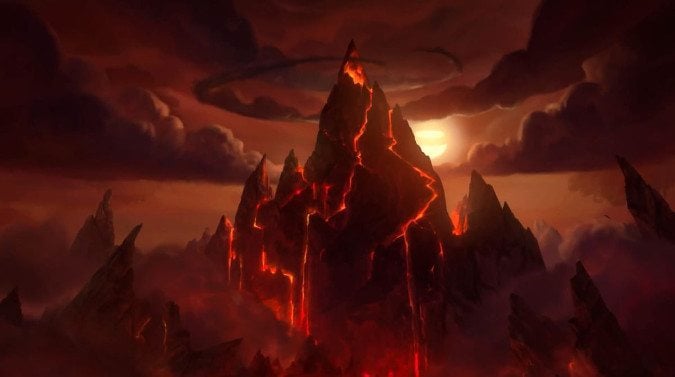 Everyone is out to get us

As World of Warcraft opens, both the Alliance and Horde have divisions and conspiracies in their own ranks to deal with, and there are many threats to investigate.

The Dark Horde of the Blackrock Mountain, consisting of Orcs loyal to Rend Blackhand and those allies who flocked to their banner. The Dark Iron Dwarves who have seemingly kidnapped the princess of the Bronzebeard clan, and who mutter that the world will soon burn at the hands of the Firelord, Ragnaros. The machinations of the Black Dragons Onyxia and Nefarian, who work to turn the Alliance and Horde against each other. All immediate dangers that could rock the foundations of the world.

A host of other threats also seem to be marshalling their forces, from the strange insects known as the Silithid throughout Kalimdor to the undead forces of the Scourge, still serving the will of the Lich King, that rule both the Scholomance and Stratholme. The world of Azeroth may not be at war yet, but clearly, it’s only a matter of time.

This is the world you’ll be entering when you play WoW Classic — a world full of potential, both for good and for ill. A world about to return to its roots, one that needs heroes. And you’ll be those heroes, trying desperately to find Zhevra hooves or to unlock the mystery of why so many boars in Westfall don’t have internal organs.

Blizzard Watch is made possible by people like you.
Please consider supporting our Patreon!
Filed Under: Alliance, Horde, Lore, The Story So Far, Vanilla Wow, WoW Classic
Advertisement