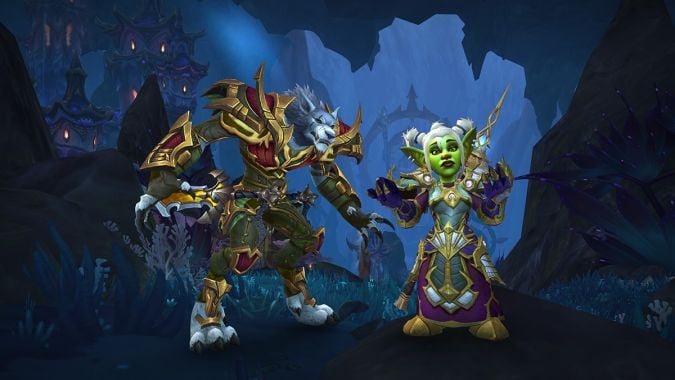 Today, after a somewhat surprising announcement Friday evening, patch 8.2.5 hits World of Warcraft servers. Even though it’s a “minor” patch, it still has a solid amount of content, depending on how much of the game’s universe you like to explore. We have a detailed roundup of everything coming in patch 8.2.5, but the short list includes the end of the War Campaign, new Goblin and Worgen models, and the 15th Anniversary event, which is coming in November. Oh, and Wrathion will be returning, and he’ll be even sexier.

But those are just a few of the features listed in the patch notes. Personally, I’m most excited about the end of the War Campaign. I think a lot of people are in that boat, but perhaps for different reasons. For me, I’d say the biggest three things I’m looking forward to are the cinematic that’s more or less guaranteed to accompany the end, the fate of Sylvanas, and finding out what the heck comes next. Even though that middle one doesn’t seem likely to end in her dying — since we’ve seen her on the BlizzCon key art — there’s still a lot that can happen to her to lead into what comes next. Will she still be Warchief? Will she be imprisoned in the shell of Xal’atath? Or will she sink into the shadows and reappear sometime in the future? Like I said, there’s a lot that could happen to her in the end of the War Campaign.

Outside of that, I’d love to play some of the new-old PVP battlegrounds. We’re not just getting Splashran and Wintergrasp as 40-person battlegrounds, we’re also getting old Alterac Valley (albeit as part of the 15th Anniversary event). But it’s about time I turn it over to all of you. What part(s) of patch 8.2.5 are you most excited for today? What’s the first thing you’ll do when you log into the game? And as a bonus, where do you think the story’s going to go from here?

Blizzard Watch is made possible by people like you.
Please consider supporting our Patreon!
Filed Under: New Models, Patch 8.2.5, WoW Patch 8.2.5
Advertisement