The folks at Wowhead have been doing their datamining  magic on the patch 8.3 PTR, and some things they’ve found may not be intended to go live for patch 8.3 at all. For example, there appear to be incoming skins for every current Allied Race and Pandaren to become Death Knights, and we have a spoilertastic conversation between Anduin and Jaina that you should not read if you want to go into patch 8.3 unspoiled.

So what does it all mean for the next expansion? Well, for one thing, it seems at least likely that we’ll finally be getting Death Knights for all current Allied Races and Pandaren, and that implies a new wave of Death Knights raised not by Arthas — as all currently playable DK’s are — but instead by Bolvar. What would move Bolvar to create new Death Knights?

Where the Dead Ships Dwell

Well, at the end of Legion Bolvar was firmly and fully in control of the Order of the Ebon Blade, thanks to the Deathlord (if you played through the expansion on a DK, that means you) and even Darion Mograine, former Highlord of the Order who rebelled against Arthas, was now one of Bolvar’s Four Horsemen alongside Thoras Trollbane, Sally Whitemane, and Nazgrim.  With his control over the Order secure, what could motivate Bolvar to create new Death Knights? Well, there are two possible threats to Bolvar’s control of the Scourge. One of them is Sylvanas Windrunner herself, who is definitely planning to make use of all the death and destruction created by the Old God N’Zoth’s attack on the world for her own ends, and the other is whatever force manipulated Vol’jin to place Sylvanas as Warchief and thus move events along to their current state.

There is an entity out there, powerful enough to act and keep Bwonsamdi, Eyir, and even Bolvar himself from seeing what it is doing, that told Vol’jin that Sylvanas should be the next Warchief and then took any knowledge of what it was or is from Vol’jin’s spirit as he died. If Bolvar isn’t concerned with what Sylvanas is doing — and I’d imagine he should be — he’s absolutely likely to be concerned with what that unknown entity is and what its plans are. If Sylvanas is raising her own undead forces (which seems sure) then it makes sense that Bolvar would want to counter her. 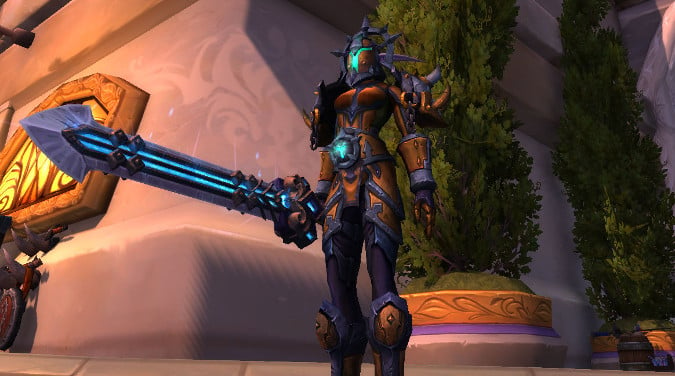 A competing order of Death Knights?

Also, the datamined conversation between Anduin and Jaina about Taelia Fordragon at least teases the possibility of Anduin spilling the beans to Taelia about Bolvar’s final fate. We know it’s definitely not common knowledge — Anduin confirms this — that Bolvar is the Lich King, so it’s possible that he may tell her. She may then try and contact her father somehow, leading to Bolvar’s existence becoming common knowledge and everyone in the world discovering that the Lich King still exists. This also leads me to wonder if, while Bolvar might well return and create new Death Knights, if Sylvanas has learned enough from torturing — and perhaps studying in the process — Koltira Deathsworn that she may be able to create her own order of Death Knights as well.

Seriously, I think Helya is behind all of this. Like, all of it. She’s been mad at the Lich King for stealing her idea and creating his own Val’kyr, and now she’s going to use Sylvanas to lead us to the Shadowlands and let death swallow the living. There have been clues all over this expansion that the lands of the dead (such as Thros) are going to erupt into the world of the living and I’m definitely thinking with all these players on the board, new Death Knights might well be needed to stop Sylvanas’ plans.