The Diablo 4 story as we know it (so far) 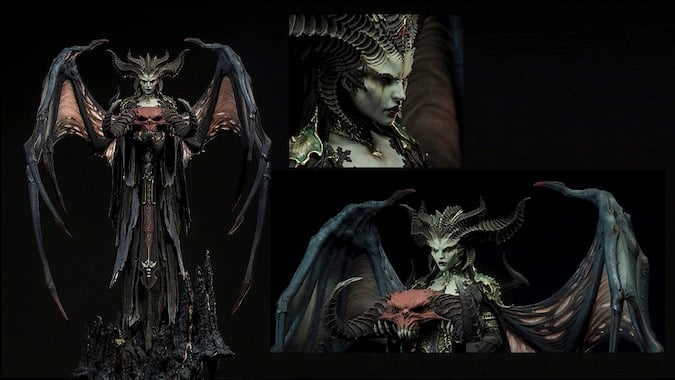 In the Diablo 4 cinematic, we got a real blast from the past in the form of Lilith, the (co-)creatrix of Sanctuary and mother to humanity. But what has gotten us to the point of pulling Lilith through her blood gate? The D4 team was happy to oblige us with some backstory.

According to the development team, we’re coming into D4 decades after the events in Diablo’3 Reaper of Souls expansion. We’ve foiled Malthael’s plans, but not all is sweetness and light in the world. All have suffered. The Angiris Council has closed the (shattered) Diamond Gates to the Silver City. There’s famine sweeping the land, religious conflicts abound, and general despair hangs over the populace. Even the Horadrim are weakened, “talking to graves and clutching their bottles as they once clutched their swords.” What better scene could we set to summon forth the daughter of Mephisto, Lord of Hatred?

Lilith herself is Queen of the Succubi, mother to “the Ancients” — the first Nephalem, Bul-Kathos, Vasily, Esu, and Rathma. Her descendants became mortal, forming the human race populating Sanctuary to this day. But not all was right for Lilith. Fear drove both the Burning Hells and the High Heavens into hunting down the Nephalem, and Lilith did not take kindly to the slaughter. She went mad, murdering members of both factions to keep them from subsequently killing her children. Eventually, Inarius was forced to banish her into the Void. The Lilith coming into D4 has spent an undetermined amount of time in solitude. She has existed alone, dwelling on the betrayal delivered by both her lover and of humanity. She is manipulative, seductive — Queen of the Succubi, remember? — and coming for us.

This is just the beginning of what we’re seeing from the Daughter of Hatred. Blizzcon’s Saturday schedule features a whole panel on World and Lore, and we are there for it.

Blizzard Watch is made possible by people like you.
Please consider supporting our Patreon!
Filed Under: Diablo 4, Story
Advertisement