Anima, the new currency in Shadowlands, has been in Azeroth longer than you might think 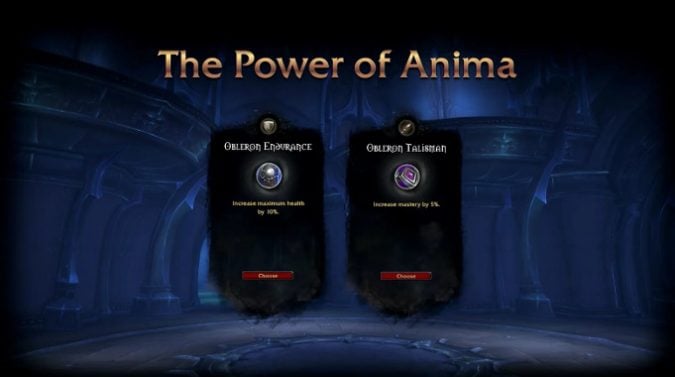 During the World of Warcraft: What’s Next Panel at BlizzCon, we learned about Anima, a vital life force souls carry into the Shadowlands. Our friends at Wowhead interviewed the developers and got a good summary of the system:

You will, during the course of your adventures in the Shadowlands, be gathering anima from various sources and you can put it towards a bunch of different ends. And one of those is powering up your soulbind. But we want it to be something that you can do at the beginning of your play session. We don’t want there to be an infinitely grindable system like Artifact Power or Azerite.

While the developers said you will use Anima “towards a bunch of different ends,” the main example they gave was powering up your Soulbind. It looks to fill a role similar to Artifact Power or Azerite Power, even keeping the same AP abbreviation (Anima Power), but the developers assure us that it will not have the same infinite grind as those systems.

It’s been described as a vicious black liquid, but what exactly is Anima?

This isn’t the first time we’ve encountered Anima in World of Warcraft. In Battle for Azeroth, players gather Focused Life Anima, which can be combined to form an item which infused the Hearth of Azeroth with either the Anima of Life and Death or the Life Binder’s Invocation. The Heart of Azeroth and all its accompanying systems are Titan creations, which implies the Titans had knowledge of Anima and how to use it.

And it’s far from the only evidence we have that the Titans knew far more about Anima and the Shadowlands than we have previously thought. When Vol’jin visits the Isle of the Thunder in Michael Stackpole’s Shadows of the Horde he sees the Anima experiments there and remarks: “Magic that could remake a thing so completely came from the dawn of time, from the beginning of everything. The titans, the shapers of Azeroth, had used such magic in their acts of creation.” 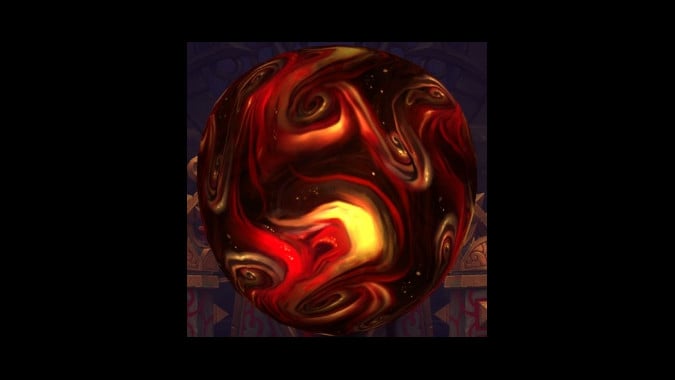 Blood is the key to understanding Anima

During the Throne of Thunder raid in Mists of Pandaria, Lor’themar asks Horde players to “capture whatever essence animates” the constructs in the raid. To complete the quest, players must defeat a boss called the Dark Animus. The encounter itself involves using Anima to animate larger and larger constructs until the Dark Animus itself enters the fight. Once defeated, players siphon some of the Dark Animus into the crystal. The item created is called Remnants of the Animus. It has flavor text which reads “The blood moves violently within the crystal.”

This connection between Anima and blood is further established when later in the raid, players face Ra-den. One of his attacks is Unleashed Anima. Another of his attacks is called Summon Sanguine Horror which summons a construct of Anima.

Ra-den was not only a Titan construct: he was the original Highkeeper of Azeroth. His knowledge of using Anima could only have come from the Titans. He’s clearly mastered the use of Anima, but as you fight him, he also appears to bleed Anima. Are the very Keepers of Azeroth powered by Anima? 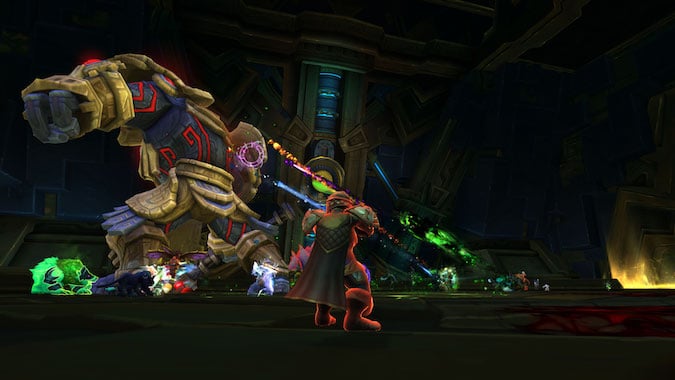 And there are even more links between Anima and blood

The word sanguine itself means “blood red” and this connection between Anima, Sanguine, blood and blood magic is further established throughout the game.

The Sanguine Mythic Plus affix in Battle for Azeorth leaves pools of Ichor — a clear substance accompanies blood when wounded — which damage players. Ahri’ok Dugru in the Iron Docks Dungeon in Warlords of Draenor dungeon casts Sanguine Sphere which “summons an orb of blood.” Marak the Blooded in Blackrock Foundry casts Sanguine Strikes which “corrupt the life essence of her target, causing their blood to erupt.” Taloc, the first boss in Uldir, casts Sanguine Static which cause “bolts of charged blood magic that surge away from him.”

The “life force” we carry into the Shadowlands is stored in the blood. The Titans knew it and they used it what is in essence blood magic in the shaping of Azeroth.

I wonder what other revelations about our creators await us in the expansion.

Blizzard Watch is made possible by people like you.
Please consider supporting our Patreon!
Filed Under: Anima, Shadowlands, Wow Shadowlands
Advertisement