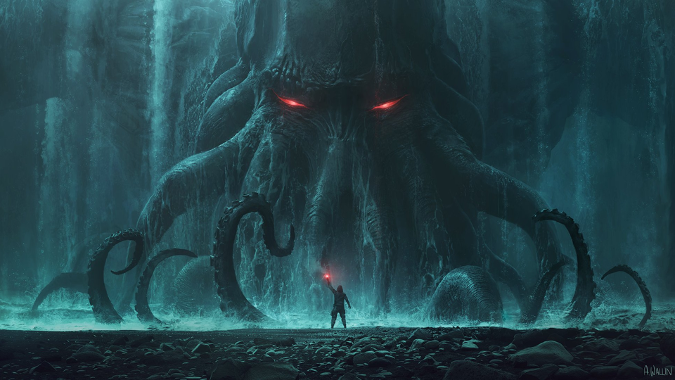 I love Dungeons and Dragons. It’s a lot of fun and I run a campaign for the Blizzard Watch crew as often as we can all arrange to be there. But that said, it doesn’t follow that D&D is always the best game for you to run for your friends. Sometimes there are different priorities for your gaming group — you’re looking for a different kind of storytelling or a different game than the pseudo-Tolkienian settings of D&D. Or you’re looking for a different gameplay experience than the familiar turn-based dice heavy one of most table top RPGs.

There are some games I feel very comfortable recommending, like Pathfinder 2nd Ed or Starfinder, which do their respective kinds of high fantasy or space opera pretty darn well. But instead of pushing specific rule sets at you, this post is going to be how to decide which game  system will work best for the game you and your players want. 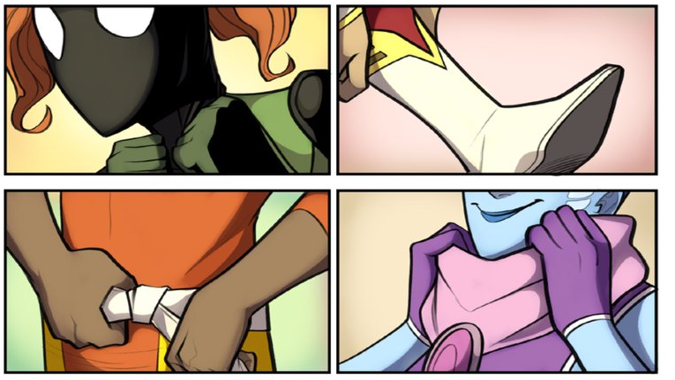 Figure out what setting you want, from high fantasy to space opera

The fifth edition of Dungeons and Dragons has a lot going for it, but it is not the game for you if you want to run something in the modern world, much less in the year 6132 ACE as the pilot of a walking robot tank defending your distant colony world from the rapacious army forces of Earth. But there are games out there that are very good at doing all that kind of thing, and there’s nothing wrong with looking for one of them. A lot of games come with their own settings — Numenera, for example, is set literally a billion years in the future and uses the Cypher System, which plays very differently from D&D. Some games are more connected between setting and rules, and others like FATE Accelerated are much looser, games that you can basically use for a pick up session with some friends.

There are a lot of RPG systems and games out there. The first thing to do when trying to decide which one you want to use is to figure out what you want it to do. Are you looking for a horror game? Games like Call of Cthulhu or Chill might work better for you than trying to shoehorn it into D&D, although there have been good horror themed adventures for that system as well.

No game does everything well

D&D does some things extremely well. There are also things it doesn’t do well. For example, if you want to play a game where your group is a bunch of superheroes inspired by the Marvel Cinematic Universe, or maybe the Arrowverse, or the Young Justice cartoon? You will have to twist and deform D&D to the point where it’s an entirely different game. How do I know? Because back in the day, someone already did that, and we ended up with Mutants and Masterminds, a superhero RPG born out of the open gaming license that took the d20 system and made it work for superheroes.

There are a lot of good superhero games — there’s Masks, which is a great distilled game built around the teen superhero subgenre, there’s Champions which has been the 9000 pound gorilla in superhero role playing games for decades now, and plenty of others. I’m in a Masks campaign right now and it’s great because it’s a very mechanics light game, that focuses heavily on role playing and not stats and rules. It does have rules, but they are differently focused than other games — it’s a Powered by the Apocalypse game, and that’s worth you checking it out if you’re looking for something more flexible.

Each game system and game setting has its own strengths and weaknesses and there’s absolutely nothing wrong with playing any game — from the Storyteller Vampire game to D&D to GURPS — if it works for you and your players.

I love GURPS. It’s one of my favorite games. I ran a GURPS game with a friend which was basically a combination of the 60’s The Avengers TV series and the Avengers comic books. I played a Russian ex-NKVD agent sniper with X-Ray vision and a bow and arrow. I was basically Hawkeye and Black Widow at once. And that game stole from all sorts of places — comic books, the X-Files, the Animorphs books, spy novels and more. And GURPS is a very good system for that kind of approach, and it worked brilliantly for what we were doing.

Don’t force yourself — or your party — into anything

Just because there are alternatives doesn’t mean you have to use them.

I’m running a D&D game for the Blizzard Watch group for a lot of reasons — ease of use, omnipresence of materials — but also, I’m using it because it works really well for the group I have. There’s no reason to force them to do Pathfinder even though I love that game too. There are plenty of other fantasy RPGs out there that I could be using — 13th Age, Talislanta, Exalted. Blue Rose, Iron Kingdoms and a whole bunch more. But here’s the thing — all of those games would be great, but they might not be great for this specific group of people.

It always comes down to the group you have. If you’ve listened to our game, you’ve heard me do some very strange things to my players using D&D. I’ve had them start the game kidnapped, get sat on by bears, fight Therapsids on a beach, meet up with a secretive shapeshifter and end up in an episode of a sci-fi TV series. You can bend pretty much any game as far as you want, if your players are down for it. So always, always make sure you and your group are on the same page.