We’ve talked about the various factions contending with one another in Overwatch 2, and then focused on Symmetra, one of the unaligned heroes in the cast. Today, we’re looking at another unaligned force, because she is certain to be important in whatever’s coming next.

Let’s talk about Aleksandra Zaryanova, AKA Zarya, her “friend” Katya Volskaya, and Russian weapons manufacturer Volskaya Industries, and how they might fit into the story of Overwatch 2. 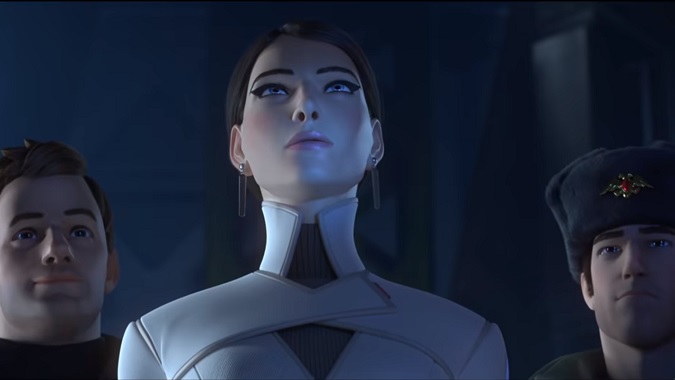 The champions of Russia

In the lead-up to the release of the Volskaya Industries map, we learned a sizable amount about the company — principally, that it was one of the pillars of Russia’s defense against the omnics during the Crisis. Like many other nations, Russia had her own preferred way of combating the omnics, and they chose giant piloted mechs (“Svyatogors,” named for a giant from Russian folklore) as their option.

Zarya’s backstory indicates that it was Russian forces who ultimately shut down the Siberian omnium (with no mention of Overwatch being involved), but that the region was devastated as a result. Now, the Volskaya map and the Infiltration cinematic paint Russia’s depiction of their win over the omnics a particular way.

This is pitch-perfect if one has any understanding of modern Russian depictions of history — the people bled for their victory, but it was the people who won that victory. The omnics are all depicted as Bastion units, painting them as a uniform, inhuman opposing force, up against a relatively diverse cast of stoic Russians. For Zarya, this idea of all omnics as the enemy is reflected in how she interacts with omnics (read: very badly), and especially with her unexpected partner Lynx Seventeen.

The main takeaway, though, is that Russia survived the Omnic Crisis, and Volskaya, as a company, was a big part of that. Katya Volskaya, as the company’s leader, was lauded as a hero. A Russian weapons manufacturer providing Russian weapons to the Russian people to defeat the great enemy of Russia in this conflict — it’s the perfect narrative if one reflects on how modern Russia (and her predecessor the USSR) lionizes her champions.

Which is why it’s such a big deal when Sombra blackmails her by threatening to reveal that components of Volskaya’s new mech designs were provided by omnics. With Katya’s position and fame, she was a ripe target for Sombra, so she decides to bring in another hero to help her with her new problem. 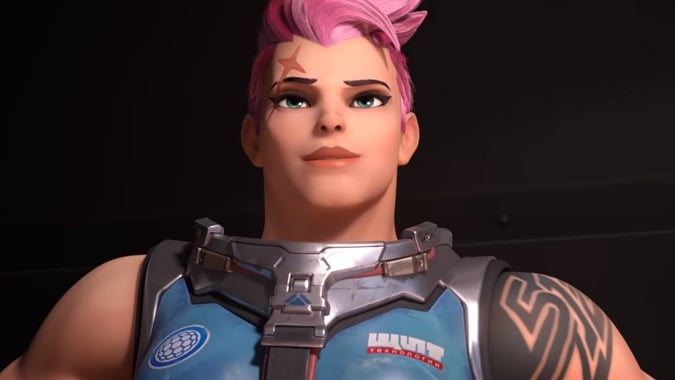 Enter Zarya, the most powerful woman in the world

Zarya’s story up to this point is an encapsulation of Russia’s overall story throughout the Crisis — the machines came to fight, Russia rose to the challenge and defeated them. While Zarya was too young to fight in the Crisis proper, she later became a celebrity by giving up her weightlifting championship aspirations to serve in the Russian defense forces. This made her a hero for putting the needs of Mother Russia before her own ambitions.

We don’t have a clear sense of why Katya picks Zarya for the job of hunting down Sombra in order to bring her in. Zarya herself says a spy would be better suited to the task, but Katya insists that she needs someone she can trust. Whether that’s true or not, Zarya does ultimately succeed in tracking down Sombra, but isn’t able to capture her. Feeling betrayed by Katya, uncertain of her own feelings about omnics since she chose to save Lynx instead of pursuing Sombra, Zarya chooses to put the whole episode behind her and go back to Russia to defend it once more.

There’s a sense of encapsulation to this narrative. Zarya’s introduction in Infiltration is a direct result of Talon messing around in Russia, but Zarya could effectively exit the story entirely given her state at the end of her comic, where she’s a little wiser but overall she is still the loyal Russian soldier she always was. The only real loose end is that Sombra doesn’t have any reason to keep Katya’s secret — unless we assume that Zarya knowing Sombra’s true identity is actually decent leverage, which the comic doesn’t focus on. 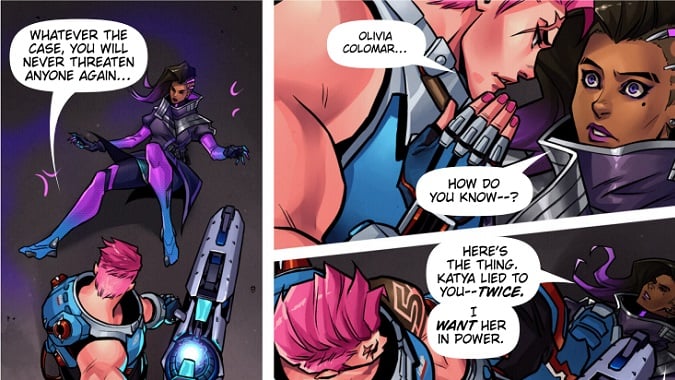 We can be fairly confident that Zarya won’t be absent from Overwatch 2, but there is a pretty good question of where she and Katya and Volskaya are going to fall in the overall conflict: 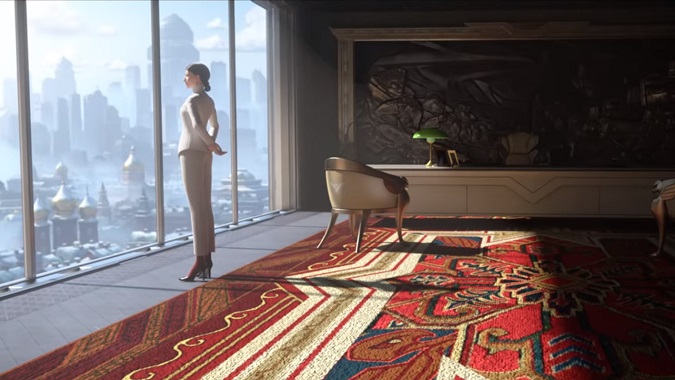 For those in the real world who came after the millennials, the “Cold War” might not immediately make sense as a concept. Briefly, as nuclear proliferation and ideological differences deepened between democratic Western nations (like the US and Europe) and communist Eastern nations (like the Soviet Union and China), there was a constant threat that any small conflict could escalate into full-scale nuclear war. But with the collapse of the Soviet Union and with many world powers taking great efforts contain nuclear arsenals, the Cold War came to an end without such a “hot” war breaking out.

The parallel in Overwatch should be pretty clear: following the Omnic Crisis, tension still exists between humans and omnics, with the potential for any small incident to escalate into a new Crisis.

Where the similarity ends is the conceit of Overwatch 2. Winston’s decision to reactivate the organization, combined with what we see in Zero Hour, suggests conflict against Null Sector is in full swing. The perspectives of other actors in that war, such as Talon (which seeks to profit from it) and those aligned against them (as in Jack Morrison and Ana Amari) are nonetheless in line with how the original game has advanced to this point: all of the Robert Ludlum and Tom Clancy novels of the Cold War era were typically less about the US vs. the USSR and more about the wars being fought in the shadows.

With all that said, there’s an irony to Russia being on the periphery of the Cold War in the game while it was such a key player in the historical one. But given Volskaya’s connections to such a conflict, whether it’s because the Svyatogors are going to war or because they’ve become a target of Null Sector, the likelihood that Russia and her heroes Katya and Zarya will get pulled into the fight is quite high.

Suffice it to say that when it comes to Overwatch and its impending expanquel, we’re standing by at DEFCON 4.