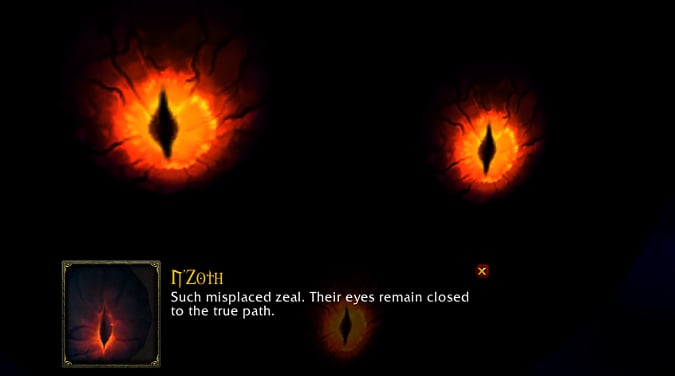 I am simultaneously terrified of and intrigued by Corrupted gear in World of Warcraft.

You’d think I’d hate it. I wasn’t a fan of Azerite Armor (still am not, in fact) and there are various reasons for that, but I think the fact that there was so much complexity to a particular piece of Azerite Armor was a big part of that. And while there is complexity to Corrupted gear, each individual piece is a binary — it has an equip effect, and you either want that equip effect, or you do not. You don’t have to sim which benefit on your gear you want and if it’s worth trading up or keeping the older piece with the Azerite power you want. You just say yes or no — cleanse or keep it and take the risk. I’m at Corruption 50 right now thanks to a weapon drop, but with my Cloak that comes down to 30 or so, which means I mostly see the big eyeball from time to time and have to move out of its range. That’s not too horrible, and the power upgrade was worth it. 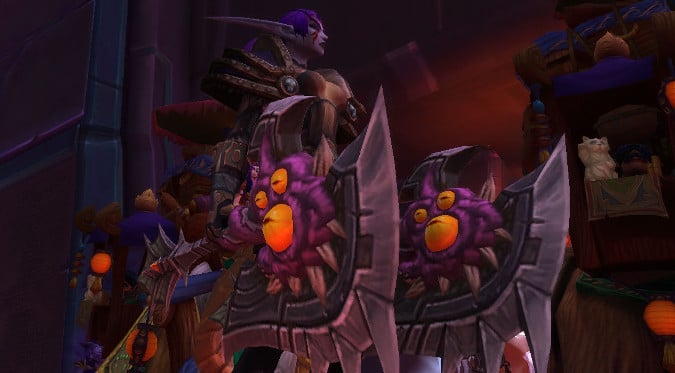 I think that’s what I like about Corrupted gear over Titanforging/Warforging — it requires, and rewards, actual thought and it affects play. With a Titanforged piece, it’s always and forever an upgrade, so you’re basically just waiting on the RNG gods to give you a TF piece. With Corrupted gear, every time a piece drops (like the Corrupted pants that just dropped for me doing the Vale invasion this morning) I have to stop and take stock, but I don’t need to consult six outside sites to feel like I have a grip on what I’m doing like I do with Azerite. It’s just enough complexity — it alters and affects gameplay and gets me considering whether or not I should cleanse an item without making it feel like I have that A Beautiful Mind gif floating in my face.

Now, this doesn’t mean I like the system. In a lot of ways, I significantly prefer Titanforging because it’s a simple, unambiguous power increase without any potential pitfalls or dangers. There’s no hazard to Titanforging, which makes my selfish gamer heart happy. I get a TF piece, I use it. Beginning and end of my thinking about it. There’s something I like about certainty. With Titanforged, the question is this piece better is almost always a completely unambiguous yes. 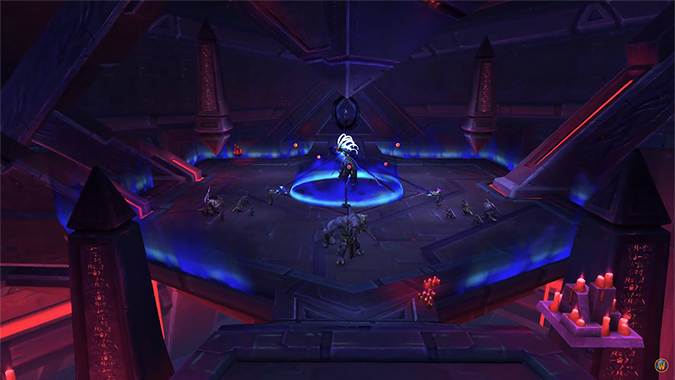 The Corruption of the Old Gods brings power

But the more I think about it, the more I think that means Corruption and Corrupted gear are better than Titanforged or Warforged gear. Let me break it down this way — consider whether a system is more interesting and/or engaging, whether a system provides more opportunity to display good decision making, whether a system brings more than a static on or off variable, and how a system progresses over time. Corrupted gear checks all four of these boxes for me. It interacts with the Legendary cloak, especially as we progress in Horrid Visions. It allows you to make choices on how much Corruption you feel comfortable playing with/adjusting to, and these decisions will change as you get more of it and more ways to resist it. It isn’t ever as simple as well, a Corrupted piece dropped, better switch and that makes it a system with more depth. All of these are bonuses in its favor.

However, as we’ve seen, the system isn’t perfect. When adding a system with potential proc effects like this, there’s always going to have to be tweaking and adjusting to make it work, and Corrupted gear has definitely already had its share. That’s a measurement that definitely goes in Titanforged’s favor — TF gear rarely needs to be hotfixed in that way because it’s a simple stat increase, not a power that can scale in ways the dev team didn’t expect. Corrupted gear doesn’t just mean we as players need to put thought and time into it, it ends up taking more time to develop and support, and in a game where the resources will always be more limited than the player’s capacity to churn through content that will always be an issue.

The power of the Old Gods comes at a cost

Plus, seriously, Corruption scares the willies out of me. I do not like, on a visceral level, the possibility that if I get an upgrade — a 20 or more ilevel upgrade that I feel forced to take — I could end up killing myself if I can’t afford the Corrupted Mementos to cleanse it. That’s a gut check for me, it is not my favorite part of the system.

Still, I think I have to say I think Corrupted gear was the way to go for this patch. It’s different. It takes what we’ve seen from Old God inspired items going all the way back to Gurthalak and does something cool and interesting with it. It brings actual story elements into game mechanics and makes the corruption of the Old Gods we’re always hearing about an actual gameplay moment. You have to make these decisions, the same decisions your character has to make — how much madness can I endure to fight back the bringers of madness? How much can I endure before I break? It’s a fascinating, compelling idea, and while it certainly has flaws it’s definitely a more engaging system than Titanforging.

Blizzard Watch is made possible by people like you.
Please consider supporting our Patreon!
Filed Under: Corrupted Gear, Corruption, Patch 8.3, Titanforged, Warforged
Advertisement