What new Horrific Visions would you add? 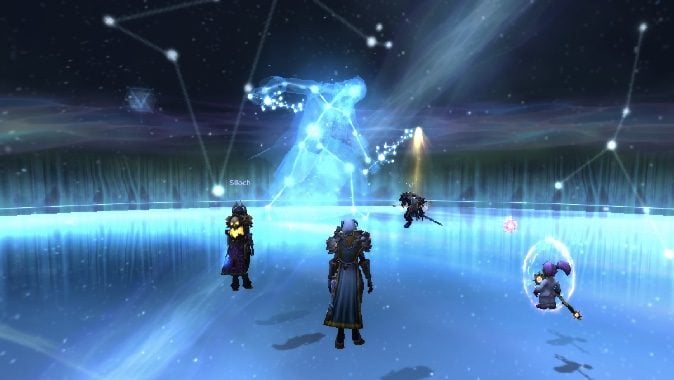 If you were on the World of Warcraft dev team and you were tasked with creating more Horrific Visions so that players weren’t limited to Stormwind and Orgrimmar, where would you set them? Who would be the bosses for them? I have ideas, because I am that kind of person, and ever since I ran my first Horrific Vision, I’ve been imagining ones we don’t actually have. Some of these are pretty predictable — I’ve been considering an Ironforge Vision with a Magni driven mad by grief at Azeroth’s corruption at the center and the members of the Council of Three Hammers as the bosses of the other sections. But that’s pretty derivative of the ones we already have, as was my Gnomeregan one. But that got me thinking — there are other places that we could visit.

Imagine a raid-sized Horrific Vision set in Ulduar, with corrupted versions of the Watchers and Odyn at the center, still insisting he’s in charge as everything goes all Void on us. Or Grim Batol, and at the end we confront an undead Modgud Thaurissan, bitter over how Xal’atath left her to die. There are so many locations in Azeroth that could be excellent Horrific Visions, and why should the concept end when we’ve stuck N’Zoth on the stack of defeated bad guys? The Void is bigger than any Old God — it’s a cosmic force after all. Using the shadowy version of the X-Men’s Danger Room to train up to fight the armies of death sounds like a plan to me.

So now I turn to you, dear readers — if you were designing a Horrific Vision, what would it be? The farm on Pandaria? The Goldshire Inn? Razor Hill? Tol Barad? What past or perhaps not yet seen location in World of Warcraft would you like to see revealed to us in a Void-twisted way?

Blizzard Watch is made possible by people like you.
Please consider supporting our Patreon!
Filed Under: Horrific Vision, N’Zoth
Advertisement