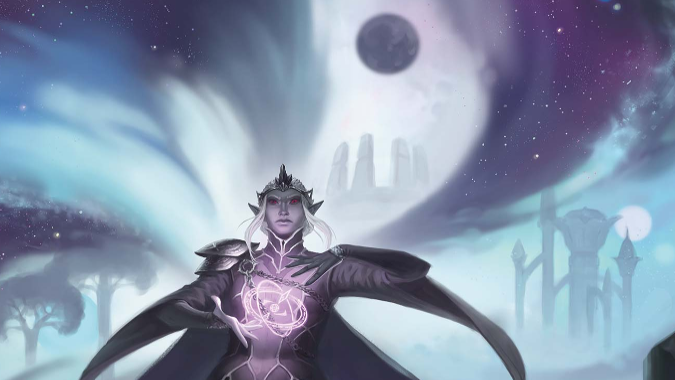 I don’t feel like I need to convince you to buy the D&D’s Explorer’s Guide to Wildemount — if you’re playing D&D, then you probably already know about Critical Role and Matt Mercer’s campaign setting for that long-running, streamed D&D series. They just had their fifth anniversary this year, they did a Kickstarter for an animated series that made millions of dollars (the show’s going to be on Amazon Prime) — they’re a big deal, and if you know the show you likely already know if you’re interested in picking up this book.

But, for those of you who don’t know what Wildemount is, or what Critical Role is, here’s a very short precis before we get into the book itself and what it would do best for you as a DM or player: Wildemount is a continent on the world of Exandria, and it’s detailed in this book so you can use it to set your own D&D games in, much as you’ve already been able to with settings like Eberron, Ravinca, the upcoming Theros book, or old standbys like Faerun or Oerth. 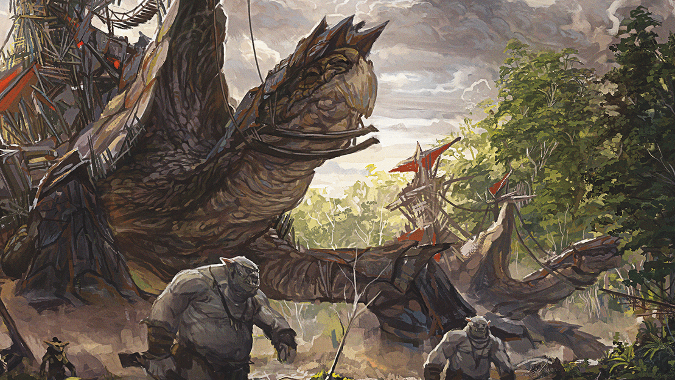 Material no matter how you want to do this

I recommend if you ever want to run a D&D game, go ahead and watch Critical Role, as long as you don’t go in thinking that you’re a failure if you’re not Matt Mercer — you can learn a lot from watching him DM, both in terms of what he does that you can adopt and what he does that doesn’t fit your personal playstyle. Wildemount is the setting for Campaign 2 of Critical Role, and the book reveals just how detailed a creator Mercer really is — it’s absolutely full to the gills with class options, spells, magic items, and settings for you to plug in and play.

I mean, there’s a full calendar system for a 328 day year of 11 months a year in this book. If you want to make Wildemount the home of your next D&D game, this book has you covered. It’s easily as flexible and full of stories as, say, Eberron or Ravnica, and while it’s behind Faerun that’s not really a surprise. The Forgotten Realms and Faerun have been in use as D&D’s semi-official campaign setting since the late 1980s — there are novels, video games, and literally hundreds of setting books put out for it over the years. Wilderun is doing pretty well to even be mentioned in the same breath as Faerun. 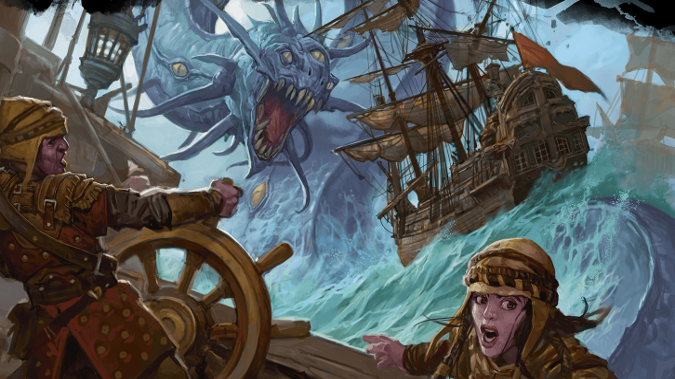 If you decide you want to use Wilderun as your campaign setting, it’s certainly a good choice, and the book is absolutely packed with material for you to make use of. But from my perspective, what’s really fascinating here is how well the book is constructed for a DM who isn’t planning on using Wildemount. I mean, I have my own campaign setting — it’s certainly not as deep as this book is, but it’s mine, and I like it. One thing this book is extremely useful for, however, is if you plan on running your own homebrew setting, because it does an excellent job of laying out the creation myth of the entire world. You don’t  have to copy or steal anything here, but by looking at it, you can really get a sense of how to set up your own ideas and how to make them work for your campaign.

You absolutely do not have to go into this kind of detail, but it’s useful to see it — in fact, it’s one of my favorite things about setting books in D&D, and Wildemount does it as well as any book I’ve seen for 5th Edition D&D. If you’re planning on doing your own setting, take the time to read through the history of Wildemount and think about the decisions you’re making in your own setting.

There’s some really easily adapted material in this book, such as the concept of Idols — smaller scale beings, not really Gods or even Demigods, that are still capable of inspiring followers and creating their own cults. (Yes, like the Traveler, or Vesh from Campaign 1.) There’s a wealth of options here. A particular favorite of mine that are easily adapted to other settings are the sub-classes. The Echo Knight in particular is a really fascinating alternate kind of Fighter, and it’s one that I think is pretty easily divorced from the setting — although you could absolutely bring Dunamis into your game as well — and still works. Both the Chronurgy Magic and Graviturgy Magic subclasses also feel pretty easily taken out and used in any campaign you like. In fact, in looking these three over, I can honestly say that they’re giving me ideas for a region in my own campaign setting I’ve not yet had the players encounter. 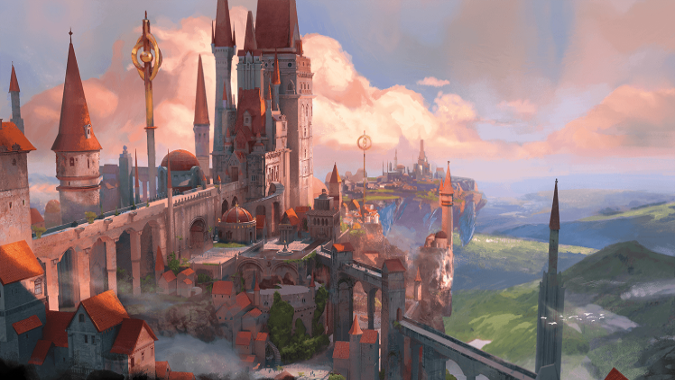 Help for setting up your character’s backstory

Finally, there’s the Heroic Chronicle section of the book. It’s very similar but distinct from the This Is Your Life section of Xanatar’s Guide to Everything in that it allows you to randomize character creation by a series of tables. While it is specific to Wildemount, you could easily take the idea of it and adapt it to your own campaign — replace the Homelands table with places from your own game, for example. There’s a wealth of detail in here that would make it very useful for your group if you were starting a Wildemount campaign that could be adapted to a personal setting as well — you can have your players roll on tables or simply have them pick various options instead. It’s really nice for a game when players don’t really know what their backstory is, and it’s an idea I’m definitely thinking of ways to adapt it to my campaign.

There’s even favorite foods and mysterious secrets tables here. It’s crazy and kind of awesome. This is definitely worth stealing and adapting as a way to really flesh out backstory for your players.

The D&D Explorer’s Guide to Wildemount is definitely useful whether or not you plan to use it to run a game in Wildemount. I’m not going to — I admire Matt Mercer as a DM but the level of detail in things like inventing his own calendar is a bit much for me, while he tends to use pre-existing D&D Gods whereas I like to make up my own. But frankly, I don’t think you should skip on this book because it’s very useful for harvesting ideas. There is a lot here that a DM can learn from and borrow, and I’m pleased I’ve found several gems I’m gonna steal for my campaign.

Blizzard Watch is made possible by people like you.
Please consider supporting our Patreon!
Filed Under: Critical Role, D&D, Dungeons And Dragons, Explorer’s Guide To Wildemount, Wildemount, Wizards Of The Coast
Advertisement