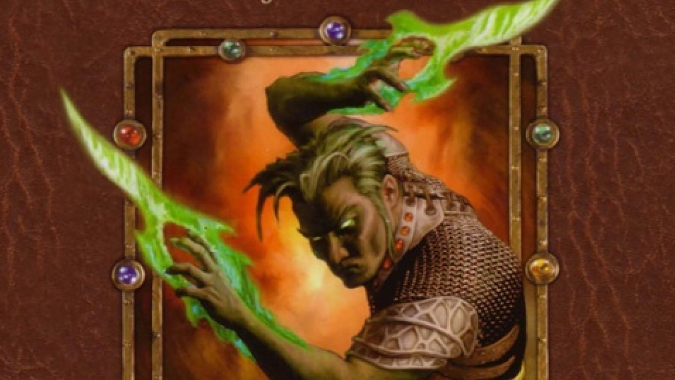 One of the reasons I love Wizards of the Coast and tabletop RPGs in general is how quickly they can get new class options to us with things like Unearthed Arcana, and the latest edition unveils a whole new Psionics system. Of course, the ability to play UA material depends on your DM — it’s playtest content that isn’t balanced yet, that’s why it’s being playtested. But that doesn’t mean you can’t have a lot of fun with it (DM permitting).

One of the things I really love in Dungeons and Dragons is the messy, often complicated, and even at times baroque to the point of inscrutability set of rules for Psionic characters. The best book for 3rd Edition D&D was the Expanded Psionics Handbook, and I actually replaced the magic system in my D&D game at the time with Bruce Cordell’s Psionics rules.

So for me, every time the folks at Wizard trot out another Unearthed Arcana with Psionics rules, I’m down. I am deeply interested. They tried this once already, and I won’t pretend I didn’t lap it up, but here we are with a whole new version, which shakes up the Psionic-capable classes

So how do the Psionic Options Revisited stack up against the previous incarnations, and against each other?

All three of these updated subclasses benefit from an interesting new mechanic, one that ties together all Psionic characters called a Psionic Talent die. Essentially, as you choose your Psionic subclass, you have access to this die, which begins at a d6. If you roll a 6 on this dice while using your Psionic powers, it reduces in size to a d4, and if you roll a 4 on that, you’ve effectively run out of Psionic ‘juice’ to fuel your powers. Likewise, if you roll a 1, the die increases in size, from a d4 to a d6, from a d6 up to a d8, then a d10, and finally a d12 which is the maximum size a Psionic Talent die can reach. Note that the Psionic Talent die can’t go over your starting die in size, so if you are 3rd level Psi-Knight or Soulknife or a 1st level Psionic Sould, the highest the die can get is a d6, going up in size as you level. Also, you can reset your die to its maximum size after a long rest.

Each class uses this mechanic differently — Psi-Knights focus on telekinetic abilities, Soulknives on bolstering skills and telepathic whispering, while Psionic Souls are just weird, able to use it to cast spells they don’t know, read minds, and skip those pesky verbal components. All three of the subclasses offer ways to deal some or all of the damage of their attacks as Psychic damage, which is nice because almost nothing resists that, and the Psionic Soul Sorcerer can even cast a spell that adds resistance to Psychic damage, which will make them your Bear Totem Barbarian’s best friend as that’s their only weakness. This is why the Soulknife is so terrifying — imagine being able to deal your full Sneak Attack damage as Psychic damage. You can, now.

As for how the classes stack up, I think the Soulknife is the best for melee and slightly edges the Psionic Soul overall, but if you want to play a Professor X style psychic the Psionic Soul is clearly the best option. The Psi-Knight is basically a Jedi without a Lightsaber, doing psionic boosted leaps and telekinetic shields and shoves to keep enemies off balance and allies protected. It would work well for a Fighter who wants to be a tanky type.

Check out all three here, if you’re having a hard time making up your mind.