This is based on tanking in one dungeon, which is to say it’s not comprehensive. This purely my experience playing and tanking on three tanking specs: Blood Death Knight, Protection Paladin, and Protection Warrior, to be precise. I haven’t yet tried to tank on Brewmaster Monk, Guardian Druid, or Vengeance Demon Hunter because I don’t have a max level alt of any of those classes on live and don’t feel familiar with their tanking strategies. I’ll likely try them out later to see how they feel and whether they’re wildly variant in experience, but I mostly kept myself to classes I feel at least conversant with.

So, before I go on a long screed, what are my bullet point observations? 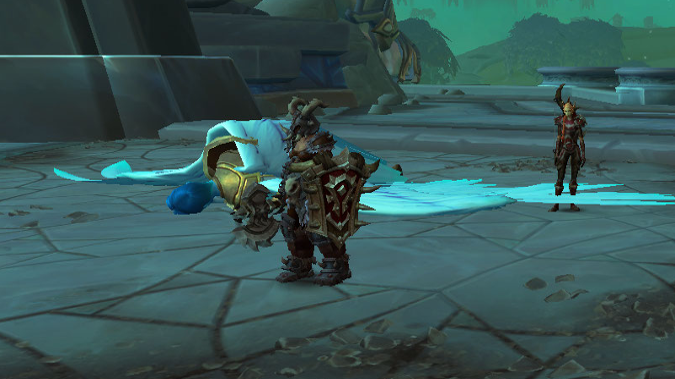 There’s a wide margin of difference between tanks

Look, there’s no other way to say this — in equivalent gear, the Death Knight’s massive health lead makes them far and away the best tank at this level. There’s no way around this observation — it is simply much easier for a healer to keep a DK tank alive through a hard fight. I switched from a Warrior to a DK on the first boss in Necrotic Wake and it became immediately apparent that the combination of an extra 10k health, Bone Shield, and Death Strike self-healing made the DK far preferable to the Warrior. I didn’t get to try my Paladin in Necrotic Wake, but I expect that despite a few extra tricks that they have, it would have gone much the same — that extra 10k health is simply insurmountable.

It’s hardly time to panic — it’s the alpha and this is what alpha tests are for. I’d hope to see either the other tanks brought up to a closer parity to Blood DK’s or to see Blood DK’s dropped down a bit. I can’t see how it can be justified to have Blood with such a massive lead on health considering that skills like Shield Block and Ignore Pain do not come close to outshadowing DK skills like the Bone Shield/Death Strike combination, or Heart Strike for that matter.

Any tank can hold threat

As for holding threat, I didn’t notice a particular difficulty with it on any class. I enjoyed the Death Knight’s Death and Decay, especially talented to put a movement speed reduction on targets, but both the Paladin and Warrior have good threat moves of their own. Paladins currently have an AOE taunt they can talent for and Warriors now have a whole host of tools — on the spec I was using, I had Whirlwind, Thunder Clap, Shockwave, Dragon Roar, and Revenge for multi-mob threat. I would put the Warrior ahead of the DK slightly, and the Paladin at parity. DK’s are no slouches, between Heart Strike, D&D, and Blood Boil, so don’t worry DK tanks. You’ll hold threat fine.

This all being said, I definitely think you’re going to want to use CC more than you currently do. Some of the big trash pulls were hairy to survive, forcing me to hit multiple cooldowns and a few other tricks — at one point I used Gorefiend’s Grasp on a CC’d mob just to get everything off of me just so I could survive, and that was on the DK with the big health lead.

[Ed’s note: The damage in Necrotic Wake — where adds would two-shot DPS — felt overtuned, so this could change.] 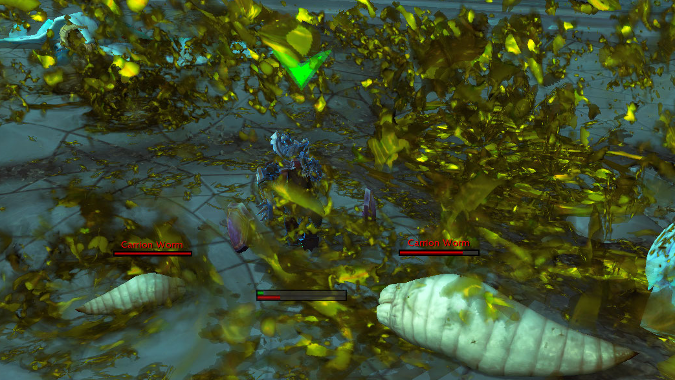 Soloing as a tank

Keep in mind I’ve not gotten past level 50 in Bastion yet — bopping between alts for testing them out means I’m not putting a lot of time into leveling as yet. But what I can report is that all three of these classes work fine for soloing. What they lose in single target damage they gain in survivability and multiple-mob fighting. If you’ve leveled as a tank spec in previous expansions, you know how this goes: you pull as many mobs as you can bear, easily four or five, and tank them all down.

I’ve yet to fight anything in Bastion this didn’t work on, and I even fought an elite mob in the opening area that I had to wake up specially to fight it with no difficulty. Barely scratched my paint job, so to speak.

So how is tanking in the Shadowlands alpha?

It’s early days yet, but I don’t really have bad news to report.

I do think Blizzard needs to look at that health difference between the three plate wearing tank classes — if DK’s are going to have that big of a health advantage, Warriors and Paladins need something to offset it. As things stand, if I had to tank a dungeon for friends, I would absolutely pick my Death Knight over other options, even though I enjoy the Warrior more. I don’t think Prot Paladins and Warriors should feel that far behind, so hopefully this will be addressed as alpha development continues.