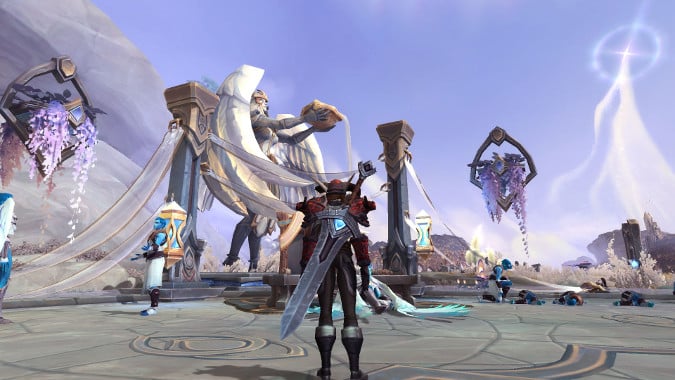 Sometimes I am convinced that Ion Hazzikostas, World of Warcraft‘s Game Director, says things just to see our heads explode. When doing a recent interview with WowChakra, he just casually dropped on us the concept that time not only moves differently in the Shadowlands (the place we’re going in the Shadowlands expansion) but that the difference isn’t something easily explicable. Rather than an easy to understand blanket time moves faster or time passes slower answer, what we got instead was it’s complicated, and time doesn’t have a fixed speed, it’s more chaotic and my favorite, that we as players would find out what that means once we were out the other end of the Shadowlands.

Then I like to imagine he sat back in his chair, stroked the fur of a convenient cat that had just appeared for the purpose, and cackled evilly to himself while everybody fell all over themselves trying to figure out what that meant.

So, what did that mean?

I have no idea — but I do have some theories.

Back when A Thousand Years of War came out, we found out that time progresses at different rates depending on where you are in the Twisting Nether. This always implied to me that as you went ‘deeper’ into the Nether — that is to say, further away from Azeroth — the more time detached from that world. One analogy that’s used in the story is that of a whirlpool, getting faster as the water is drawn into a central point.

So when we go to the Shadowlands, which is a series of realms that are disassociated from life and the world of the living, it’s quite possible that each of these realms — Bastion, Revendreth, Ardenweald and Maldraxxus — exist independently, in a different relation to our own world, and thus have their own inherent time flow that is unique to them. It’s potentially possible that you could leave Bastion, go to Oribos, spend a year there and return to Bastion to find that from their perspective you just left. You could then go to Revendreth, spend a few days there, but when you return to Oribos it’s been years and no one remembers you.

Now, to a degree this would be a real bear to actually play out — it’s hard to do a quest and then return to find out six years have passed from the perspective of the place where you arrived. So perhaps the Shadowlands have a contiguous sense of time — perhaps they exist in an eternal ‘now’ devoid of any usual consequential passage of the moments. I mean, in a world of the dead, a hundred or a thousand or ten thousand years don’t really matter — what matters is the flow of anima and the cycle of life to death to life again that the Shadowlands seems to represent. If anything, the anima drought may well serve as the first real time pressure most of the entities in the Shadowlands have ever felt since they arrived there. 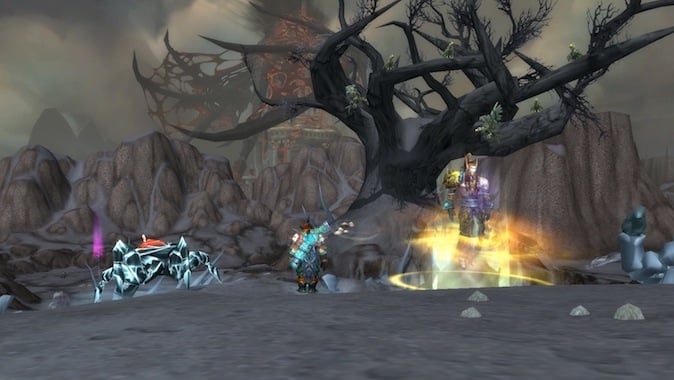 Are we going to get a time skip?

And as for the effects on us, the players, one possibility is that the following expansion would be free to do a time jump — you could leave Azeroth for the Shadowlands, work to resolve the crisis there, and then return to Azeroth a decade, or a century later. Anduin’s an old man, the Horde is a representative democracy with a Prime Minister and a Parliament, Shandris Feathermoon and Maiev Shadowsong are a very complicated power couple. Who knows? The point is, we could be in for all sorts of changes behind the scenes when we return. We could come back to enough time having passed that the Forsaken have reclaimed Lordaeron and the Night Elves have established a new city on top of Mount Hyjal. Gilneas might be back in Genn’s claws. The changes could be subtle… or they could be anything but.

I’d make a joke about maybe finally getting my shoulders but I bought those this year from the Black Market AH.

Anyway, it’s a fascinating concept and one I hope they actually do something crazy with. Maybe time actually ran backwards while we were in there and we end up coming out of the Shadowlands in the middle of the Third War. Maybe we become unstuck in time entirely and the entire next expansion is World of Warcraft: You’re Sam Beckett Now.

I’m so so curious what’s coming in the future. Or maybe the past. Or maybe a century from now. Only time will tell.

Blizzard Watch is made possible by people like you.
Please consider supporting our Patreon!
Filed Under: Game Director Ion Hazzikostas, Shadowlands, Time
Advertisement