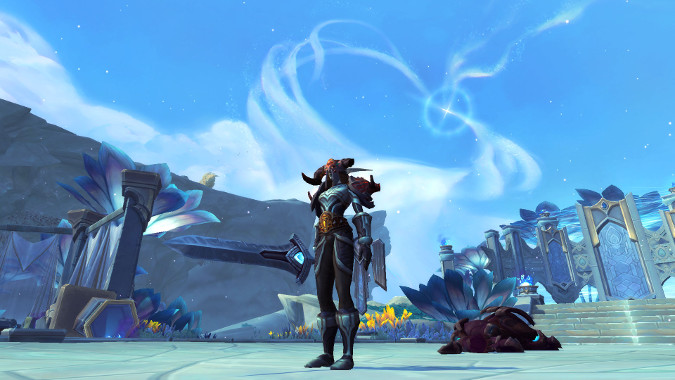 One thing that’s going to happen in Shadowlands is, we’ll eventually shelve our Hearts of Azeroth and no longer have access to them or to the Azerite Traits that depends on them to work. When, exactly, we’ll make this trade-off is as yet unknown — the Shadowlands alpha test doesn’t provide Azerite gear or the Heart, and it doesn’t let you transfer an existing character over yet. We’re using premades who don’t have those items.

This leaves us in a somewhat nebulous state when it comes to what has been a major feature of Battle for Azeroth. Now, I won’t pretend I’ve even been close to a cheerleader for Azerite Armor. But like it or hate it, it’s a big part of every character’s power as of this expansion. So what’s going to happen when we don’t have it anymore? In Legion, players had Artifact weapons and Legendary items to boost their power, and while we lost the Artifact’s real power well before we started leveling in Zandalar or Kul Tiras, we did experience what it felt like when we hit level 116 and the Legendary items stopped working. It didn’t feel great. Suddenly, the powers and abilities the Legendaries gave us were gone and we felt noticeably weaker at level 116 than we had at level 115. Will this happen again with Azerite items?

Put aside your Azerite

It’s hard for me to really judge the effect the changeover is going to have because of two complications. The first is the level squish, which is going to reset your level 120 character to level 50. You’re already going to feel strange about your relative power because you’re going to “drop” 70 levels, and so far playing on the alpha, I honestly haven’t noticed the lack of Azerite Traits on my gear. Even by level 57, I don’t feel especially weak — I don’t feel like I can god-mode my way through fights either, but I don’t feel especially lacking. And part of that might have to do with the second complication, which is that we’re going to see powers and abilities that were limited to one spec — or even gone entirely — return to the classes. Speaking as a Warrior, having Ignore Pain on my Fury spec’s toolbars is so very nice, it’s a brilliant way to absorb incoming damage.

These two changes make the loss of Azerite Armor and the Heart of Azeroth difficult to judge, and the fact that we don’t have any of that on the alpha means that the Essences that the Heart provides are also gone from the moment you start in the Shadowlands, which may or may not be the case when the expansion actually goes live. Will we be holding on to Azerite Armor and the Heart until an arbitrary level, as we did with Legendaries in Battle for Azeroth, or will the Heart or Azerite gear be rendered essentially powerless as the Artifacts were before Battle for Azeroth even went live? Without knowing the answer to those questions, and with the level squish and class changes already making classes feel different, it’s extremely hard to know how it’s going to feel once we finally do lose them.

The sooner the better

But I will say this — while I believe we will notice the loss of the Azerite system no matter what level we are when it happens, earlier is better. Rather than waiting until level 55 or so, repeating the way we dealt with Legion Legendaries in the current expansion, it would be better to emulate the way we replaced Artifacts almost as soon as we entered Battle for Azeroth. Rip the band-aid off sooner rather than later, and let the changes to our classes and the level squish serve to effectively numb the feeling of power loss we’ll experience when our Essences and Artifact Traits are no longer adding powers and effects.

As long as the balancing in Shadowlands is such that we don’t need those abilities to feel like we can complete the content, it doesn’t have to matter if we feel a bit weaker without them. I suspect we will regardless, but I really feel like it would be an error to repeat the way we lost our Legendaries halfway through the leveling process. Letting the change to game systems and leveling blunt the sharp cost of losing Essences and Traits right at level 50 seems the better path — it will prevent us from getting to, say, Ardenweald, and suddenly going from blowing up enemies to struggling with them. Better the difficulty of the content feels less jagged, and absolutely it will be better for going up a level to not actually feel like a setback. 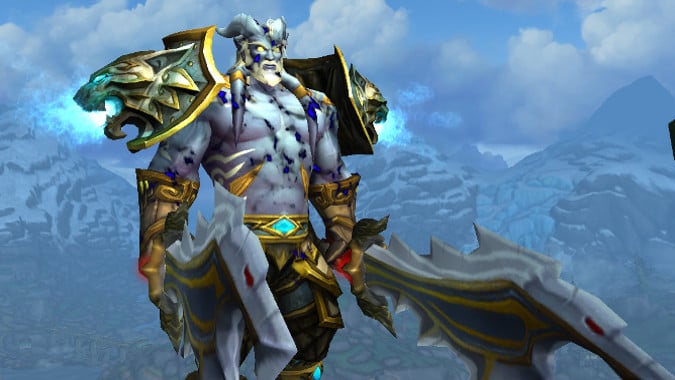 Of course, this discussion fails to address Corruption on gear. Corrupted items won’t be dropping in Shadowlands, and I have no idea when we’re going to get gear good enough to replace Ashjra’kamas or the Corrupted gear we’re all wearing now. That’s because I have no idea what that gear is going to look like once we get hit by the squish and end up at level 50 — will it be equivalent to gear that drops in Bastion, or will we have to wait till we get to Maldraxxus or even Revendreth to get actual upgrades? Honestly, I hope the item level of Shadowlands gear quickly outstrips Corruption and the Legendary cloak, because otherwise it’ll just feel worse when we finally do have to replace them. Again, like with Azerite and the Heart of Azeroth, the longer we feel like we have to hold on to those items, the worse it will feel when we finally let them go.

In the end, these systems were all invented for level 110-to-120 Battle for Azeroth characters, not level 50-to-60 Shadowlands characters. We’re all about to go through a lot of changes, with new systems like Soulbinding, Covenant abilities, and Torghast’s Anima Powers taking the place of Azerite Traits, the Heart of Azeroth, and Corruption on gear. It would be better for the flow of the game for those transitions to start as soon as we get into the Shadowlands, and while I believe the changes will be noticeable as we level, if it’s handled properly it could be a lot less painful than it was to lose Legendary items in Battle.