Let’s set the stage. You’ve got a fairly regular Dungeons & Dragons campaign going. The group is fairly comfortable with each other, the characters are well established and everything’s going along at a good clip. And then, you suddenly have to add in a new player. Maybe you lost a player and replaced them, or maybe you just invited a new player on board, but either way you suddenly have a new player with a new character and you have to figure out how to incorporate them into the action and have it make sense.

Well, relax. It’s really not that bad. Assuming your new player is a good egg — sometimes they aren’t, and we’ll talk about that — it’s only as hard to incorporate a new player into your group as you make it. Here’s some advice on how to make it easy on yourself. 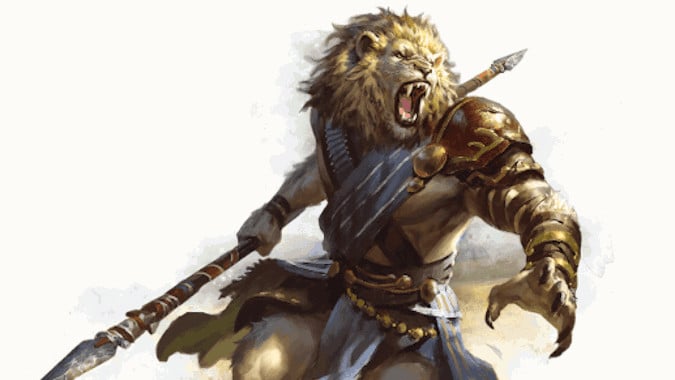 Let the player do a lot of the work

One thing I enjoy is seeing how a new player brings new ideas into the game. I’m currently adding a new player to our weekly Blizzard Watch D&D campaign, and he has a lot of interesting ideas that give me some character hooks to work with, and which also work pretty well with the game we’ve already got going on. Without spoiling what’s to come, it’s great when a player brings you ideas to use to springboard them into the game. Make sure to take advantage of any ideas the player has. Don’t try and shoehorn them into your game, take what they’re giving you and use it.

Say you have a new player coming in who wants to play a Dwarf Barbarian from a frozen land to the north. You didn’t plan on being up there any time soon, but you can still use the backstory they’re supplying to detail the region and set up future sessions, perhaps weeks or months to come. Now your player’s mother becomes an NPC of importance and the village they come from is a place they may end up visiting. And you can work in the fact that they hate their homeland by having them show up on the same boat your players are going to be riding on, so they can explore a chain of islands. Maybe the person they described as their nemesis back home is chasing after them and you can have said nemesis pop up on the boat, ready for blood with a whole pack of fellow Barbarians.

Make use of the backstory the player gives you, and encourage them to get creative. It will give you tools.

A lot of players get really uptight about why their character would join an adventuring group, or why said group would take them. Here’s the thing — the reason the group is taking the new character is because you’re letting a new player join. Yes, that’s metagame thinking, but for the purposes of getting the game off the ground? It’s absolutely a good call. Also, if you want to get the group all together as soon as possible, don’t hesitate to literally toss the new player and new character into a fight scene and let the group sort it out from there. Trust me, a pack of hostile monsters trying to kill a bunch of player characters will get them feeling good and bonded in no time.

But also, if there’s tension and suspicion on the part of the characters — not the players — that can also be useful to you as a DM. You can use the group’s suspicion of the new person to set up all sorts of villainous plots and subplots. So if the group doesn’t immediately trust Dave, Warlock of Ruin, that’s not necessarily a bad thing.

Be flexible, but don’t be a doormat

If a new player joins your group and their character doesn’t seem to be working out, as long as the player isn’t the problem, be willing to work with them. They wanted to play a Cleric, joined the group, and since then their Cleric doesn’t seem to be working out. Maybe they’re not enjoying the way the class plays, or your group already has a Cleric, a Druid, and a Bard, and the new Cleric just isn’t gelling with the group. You can let the player switch classes — either just let them get a do-over on the character, or let them explore a multi-class option. You could also just let them completely switch to a new character. Dave the Warlock of Ruin falls into a volcano between sessions and Amrahda the Paladin shows up in his place, her armor gleaming like the sun. Remember, this is a new player trying to figure out how to fit in — do your best to help them as long as they’re making a good faith effort.

However, sometimes a new player doesn’t work out. They’re too disruptive, or too murdery, or there are personal conflicts that have not much to do with the game. You’ve tried to smooth them out, but it’s not working. First up, always make an effort to talk to the player and see if they can adjust their approach. But if there’s just no way around it, there’s no shame in simply telling a player you don’t think it’s working out. Running a game is a big time commitment, and if a player isn’t respecting the group — not just you, but all the other players who are trying to have a good time here — then you shouldn’t be afraid to tell them they’re not welcome at your table. Don’t make this the first thing you do whenever any issues come up, but don’t refuse to do it until the non-disruptive players leave to get away from a bad scene, either.

I haven’t had this happen too often as a DM — one time back when I was nineteen, and another a few years ago — because in my experience most players want to have fun and get along. But if you just happen to run into a fun vampire who can’t adjust and respect the group as a whole, if you don’t deal with them they can end your game. People you wanted to play your campaign with will leave to get away from your disruptive player. A Dungeons and Dragons campaign takes up a lot of time and people will find other things to do.

Hopefully you’ll be able to integrate a new player with minimal fuss. When it works out it can revitalize a game — my Sunday game has had two new players join since the campaign started and it’s worked out pretty well for us.