How to get from Stormwind to Oribos 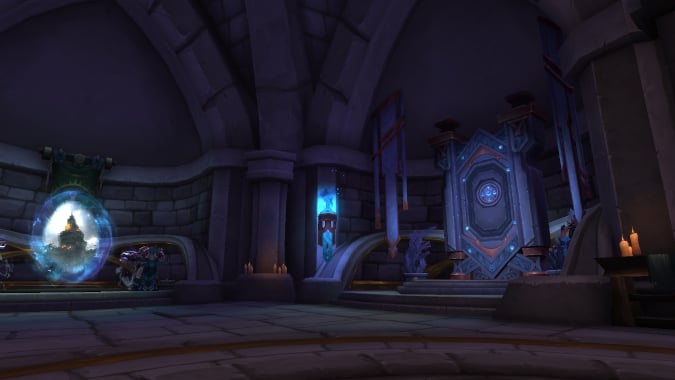 In the header screenshot, you just see the blank space of carved gray stone and blue lights instead of the portal. That’s because when you first begin your adventure in Shadowlands, the portal isn’t there. In order to make that portal functional, you have to quest your way through the Maw long enough to build it yourself, like the intrepid adventurer you are. Don’t worry, though — if you already hearthed back because you just couldn’t wait until you were finished with the expository opener to AH all that new stuff and you didn’t get your Long Boi before the cutoff, there’s another way back into the Maw before that. 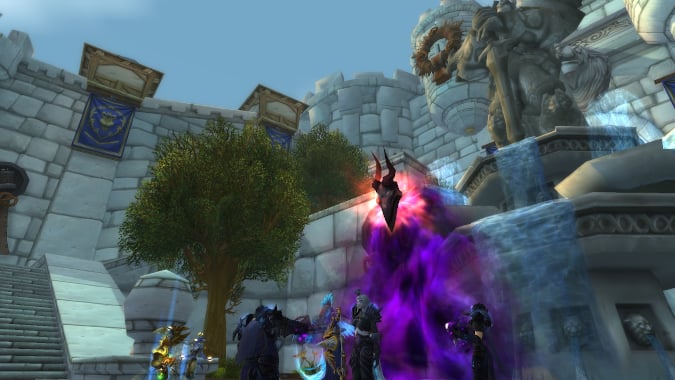 If you accidentally leave the opening scenario before getting to Oribos and opening the portal there, the portal in the Mage Tower won’t be open. Instead, the Death Gate Darion Mograine opened to let you go to Icecrown at the beginning of the opener — near the fountain in front of the keep — is how you get back into the Maw. If you track the most recent quest you were on, the new plumb bob feature will point you directly to it, too. Inquisitor Whitemane is also there, and will give you the option to replay the cinematic telling you what happened to the faction leaders if you ask her.

Going back and forth between the world of the living and the world of the dead is a simple task once you know how to do it. Now that I think of it, it may actually be a little bit too easy, but I’m not going to rock the boat too much — I’ve got herbs to sell.

Blizzard Watch is made possible by people like you.
Please consider supporting our Patreon!
Filed Under: Oribos, Portals, Shadowlands, Shadowlands Oribos
Advertisement