The Mighty Caravan Brutosaur is going extinct in Shadowlands

Much like the dinosaur that inspired its look, the Mighty Caravan Brutosaur is not long for this world. Blizzard will be removing it from the vendor that sells it when the Shadowlands expansion launches. They’re also adding the Conspicuous Consumption feat of strength to anyone that has the Brutosaur mount already. All is not lost if you desperately want the Brutosaur mount but don’t have the cash before the deadline — it will be added to the Black Market Auction House.

With the whopping five million gold price tag the Caravan Brutosaur was already a mount that only a few players would ever get, which is why it’s such a shock that they’re removing it from the vendor. I can’t deny that it was always a mount that I wanted, but I knew that I was never going to get. I don’t earn enough gold to afford it, especially since I use all of my gold to pay for game time and expansions.

There’s no reasoning given for the removal of the mount, but we can speculate. The Auction House revamp is coming right around the corner. Would having access to the new and improved auction house everywhere be too powerful? Is this a situation where with the upcoming level squish the gold economy is going to change drastically? We’re a long way from Warlords of Draenor’s garrisons printing money and gold rewards in Battle for Azeroth haven’t been nearly as lucrative. Between the Black Market and massive gold sink mounts like the Brutosaur and the Bloodfang Widow, it feels like they’re trying to take as much gold out of the economy as possible. So why remove the Brutosaur? 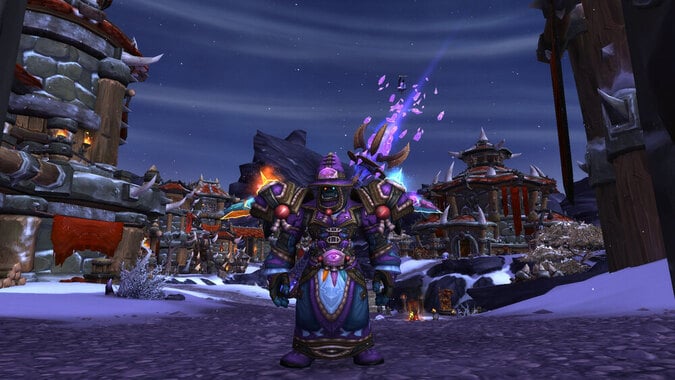 This isn’t the first time they’ve removed a high profile mount or item. We saw them take out the Black and Plagued Proto Drakes from the Glory of the Raider achievements back in Wrath of the Lich King. They also removed the challenge mode armor and weapon sets from Mists of Pandaria and Warlords, as well as the legendary ring and cloak questlines from those same expansions. Does that mean they equate the difficulty of earning five million gold with the difficulty of an expansion long quest chain or gold medals in challenge dungeons? Are they hoping that the artificial scarcity created by removing it from the vendor spurs a rush and convinces some people who were on the fence about buying it to pull the trigger and dump gold they might’ve saved?

Whatever their reasons, you’ve still got time before Shadowlands comes out. If you play the auction house well — and get lucky — you could earn enough gold before then for your very own Brutosaur. Just please don’t try and buy it using WoW Tokens. Even if they were 200k gold per token, you’re still looking at $500. Please, please don’t do that. Who knows, maybe you’ll be able to get a discount from the Black Market if nobody notices that it’s for sale that day.