There have been quite a few Unearthed Arcana subclasses for D&D 5e. Sometimes we forget that 5th Edition has been out for six years. That means we’ve had a lot of time for UA to provide us with new and interesting subclasses for each class, and because I’m the kind of person who likes to go back and look at my personal favorites, I figured I’d do so now. As a DM, I generally like to allow as much variety as possible for my players to make a character close to what they imagine, and so, I’ve had a reasonable amount of opportunity to see many of these subclasses in action.

However, if I leave your favorite out, it’s not because it’s bad — it’s because I’m only one person. Remember, the comments are always here, waiting for you to come in and tell us why we’re horribly wrong. Or to say nice things, if that’s what you’d like to do. Either way, let’s take a look at some of my favorite subclasses for Dungeons and Dragons 5e from Unearthed Arcana. 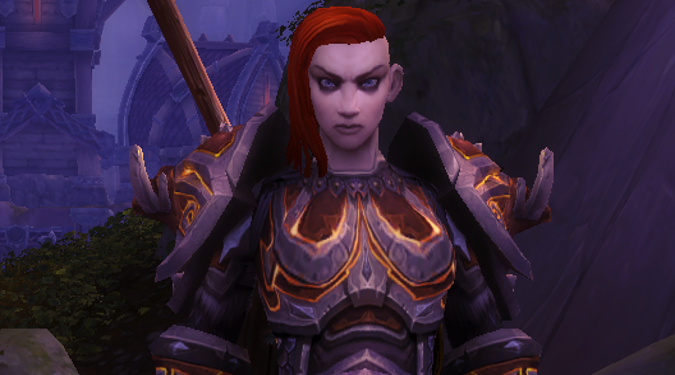 One of my favorite UAs was this one, focusing on Fighters, Rangers and Rogues.  While the Ranger subclass wasn’t to my taste, both the Rune Knight and Revived subclasses are magnificent. There’s something I find truly compelling about the Revived as a concept — the idea of being so tricky you found a way around death, and now you’re something of an avatar of the afterlife — it really just works for me. Their powers and abilities involving recalling aspects of their past lives, being able to ask questions of death when making death saves, even their special necrotic damage sneak attack at range, it’s all very nice. The Revived is my pick for a Rogue subclass that’s got a lot of cool flavor and some strong abilities. They revised the Revived as the Phantom, but I liked the original better.

As for the Rune Knight, it wins my Fighter subclass because it basically allows for a magical style of play without spellcasting, which I find to be a bit distracting. I mean, I know everyone loves the Eldritch Knight, but for me, if I wanted to cast spells I’d play a Wizard. The Rune Knight basically lets you be a runecarver, using magical runes on your gear to grant you special powers, and it also has some nice resonance with the Giant Might feature, which you can even share with another character at higher levels, meaning that both of you grow a size category, get an extra 1d8 damage on melee attacks, and share advantage on Strength checks and saving throws. The various runes allow all sorts of cool magical effects, like flaming shackles to bind your foes, forcing an enemy to attack something else, or even prophetic runes. But I won’t lie, I love the Rune Knight primarily for the ability to become Large, because it’s just cool to grow to twelve feet tall in the middle of a fight at will. Enlarge potions are expensive.

Way of Mercy and Oath of the Watchers

The Oath of the Watchers is my favorite go-to for a more aggressive Paladin, one who is devoted to battling supernatural forces of evil. The Aura of the Sentinel feature at level 7 makes you a good choice for a party that likes getting the initiative on your opponents, since you’ll likely be adding at least a +2 or +3 to your group’s fastest member (since you can pick any creature of your choice within 10 feet of you, you could possibly hit most of your party) and it only gets better at 18th level, when you’ll be able to hit everyone within 30 feet. There are plenty of other cool powers — you can damage people who dare to cast spells at you or your friends, for example, or Abjure the Extraplanar which is like Turn Undead for things from other planes like elementals, fiends, fey and aberrations.

From the same UA, I dig the Way of Mercy for Monks. Being able to be a Monk who can heal or harm just strikes my fancy, and reminds me of all those tropes about pressure points and chi balance from the various movies I watched as a kid. The Way of Mercy also kind of reminds me of Mercy from Overwatch. But they have a lot of flavor with their cool masks, and their Noxious Aura is one of the weirdest Monk abilities out there, imposing disadvantage and poisoning things within range even through walls.

Primal paths and subclasses we’ve looked at before

Now, I love Barbarians in D&D. I can practically feel your shock. And while this particular UA is one of the older ones, going back to 2016, it contains the Path of the Zealot. For me it’s a tossup on favorite Barb path between the Totem Warrior (I love being a Bear Barbarian and just halving almost all damage) and the Path of the Zealot, which is just a fun flavor choice and which adds Necrotic or Radiant damage to your arsenal. But frankly, both the Ancestral Guardian and Storm Herald from the same UA are excellent choices for Barbarians as well. They add a good deal of flavor and allow you to create a Barbarian who is distinctive and unique, and that’s kind of the ideal goal. Four years later, this is still one of my favorite UAs.

But we’ve covered a few subclasses in the past that I feel like I have to mention. I loved the Noble Genie and I loved the revision, which we covered before in detail. I don’t have much to add, except that Warlocks get a lot of really interesting subclasses — the Undeath patron (which we also covered) is another strong contender for one of my favorite subclasses. Another subclass we’ve talked about in the past is the Psionic Soul Sorcerer, which I think works very well if you want to be a classic Professor X style telepath in D&D. I also loved the Armorer for Artificers, and while I still think it basically lets you make Iron Man, a case could be made for Lex Luthor as well. Plus that same post covered the Creation Bard and Unity Domain Cleric, who remain my favorite UA subclasses for those particular classes.

So those are my choices for this post — the Rune Knight, Revived/Phantom Rogues, Creation Bards, Unity Clerics, a toss up between Genie and Undeath Warlocks, Zealot Barbarians, Psionic Soul Sorcerers, Armorer Artificers, Watcher Paladins and Mercy Monks. There’s a few classes left out here — I didn’t pick a Wizard, for example, nor a Druid. Luckily, that leaves room for a new post, because I do have ideas for both.